Stepping into the world of aces, chips and felted tables can be an exciting and rewarding moment, as a sea of opportunity presents itself on the casino floor. But it can also be intimidating, as each game comes with its own unique set of rules and terminology to go with them.

For beginners, the gambling terms and phrases that get thrown around can be incredibly overwhelming, and it’s necessary to get a firm hold of these to begin to master your particular game of choice. Even for the professionals among us, rehashing these essential gambling phrases can only help your game.

A term you will primarily come across in online poker, going all-in means that a player wagers all of their remaining chips on the current hand. In games of No-Limit Poker, you can always go all-in, no matter the current bet.

Ante, coming from Latin meaning ‘before,’ signifies the bet that a player makes before dealing has begun. Usually, antes are mandatory. You will see these bets in casino poker games.

Baccarat is a popular casino table game where a player can choose the hand they want to play. This simple but hugely popular card game, especially with high rollers, originates from 19th century France, or even 15th century Italy, depending on who you ask.

Here’s a useful one to remember for all you responsible gamblers – a bankroll is the money that a gambler has set aside for the sole purpose of gambling. It’s important to draw the line at some point, and it’s best before you feel the heat.

A bet is a single occurrence of wagering money on a casino game. You can bet on a horse and bet on a roulette spin. In a game of poker, everyone will place many bets.

Casinos sometimes establish limits to how much a player can bet on certain games. There can be a minimum and a maximum that players must adhere to.

Blackjack is the popular table game where bettors play against the dealer to try to get as closest to 21 as possible without going over. Blackjack is a form of the game Twenty One, that originates from the English Pontoon, and the European Vingt-et-Un.

Similar to an ante, a blind is a bet that players are forced to make at the beginning of a hand. In Hold’em, there is a rotating big and small blind of different values that go around the table after each round.

Welcome bonuses are incentives given by online casinos to usually new players to open an account or make a deposit at that casino. They are a means of promotion for online casinos, so it’s good to keep that reality in mind and closely check the terms of the bonus.

Mostly a poker term, to ‘call’ is to match the current high bet that has already been wagered.

Casinos are businesses first and foremost, and the casino advantage refers to the edge on odds that the casino has in any given game. Casinos are more likely to make money than lose money, meaning that for players, the opposite is true.

Chips are the currency of the casino that players use to make wagers and win. They are the tokens that represent real dollar values, and come in a range of casino-specific denominations.

Craps is a table game that is played with dice rather than cards. In a casino format, players roll against the house and place wagers on the outcome of a pair of dice. Due to its ease of play and lack of equipment, a common street variety exists.

A croupier is a fancy word for dealer. It is French, and ties the modern-day casino back to 18th century France where its origins lie.

A dealer is the employee of the casino that represents the casino’s stake in the game. They officiate games, dealing cards and moving chips, and control the games’ flow.

Another term for the number two. It can refer to the value of, or the specific card of two in games of cards, and can also refer to dice.

To double down is to place another bet of equal size to the total sum of your placed bets for that specific hand. It’s a common strategy in blackjack, where players double down when they’re confident that one more card can win the hand for them.

A face card is any of the picture cards in a standard 52-card deck. That’s the jack, queen or king – the ones with faces.

The first three of five community cards dealt out in a game of Texas Hold’em.

Many games in casinos and online have fixed odds, meaning that the chances of winning and the payouts are fixed ahead of time, so the casinos have some security in their business model. Games where players are against each other, such as poker and sports betting, don’t have fixed odds.

Back to basics for this one. Gambling refers to the act of wagering on an event for a specific, uncertain outcome.

To hit is to receive another card from the dealer after the initial deal of cards. It is most commonly used in blackjack, and is one of the few acts a player can do.

The hold is the percentage of money bet from a player’s bankroll that the casino expects to keep after a session of gambling. The longer a player spends at the casino, the more money that will go to the casino and the greater the hold.

The hole card (or cards) is a card that remains face down during play so that nobody can see their value. In blackjack, the dealer has one hole card that is revealed at the end of play to determine if the house wins, busts, ties or loses. 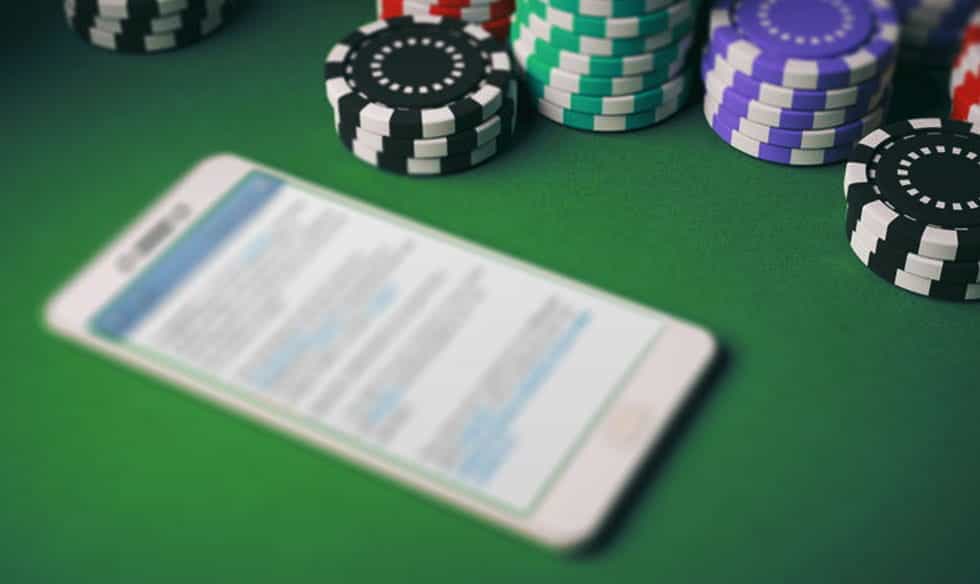 The house edge is the average amount that the casino can be expected to make from a player in the long run, and it is expressed as a percentage. If the house edge on a game is 2%, then the longer the gambling session, the more likely a player will lose 2% of what they bet.

A jackpot is the name of the largest prize available on slots and certain games. Often these are specific to the game and progressive and build with each loss until they are eventually won.

Keno is a lottery-type game where players select numbers from a wide range, and hope that the numbers that the casino draws matches theirs.

The Martingale Strategy is a simple gambling strategy of French origin, where a player doubles their bet after each loss. It’s considered air-tight mathematically, but not realistically feasible.

The name given to a mathematically-calculated set of plays that will ideally result in the best possible return for a player. It’s most commonly used in video poker and blackjack, but can be used for when a player makes any strategic decisions with mathematical calculations.

The paytable is a layout of all the games a casino offers with the payouts for the various outcomes. Players can select their preferred game by closely inspecting the paytable.

The pot is the money that is wagered in a hand of a card game, that is won by the player with the strongest hand at the end of the round.

An RNG is a device that is used to create a random, unpredictable string of numbers through combining (random yet predictable) algorithms with (unpredictable) outside factors such as air pressure, air temperature, and mouse movements on a website.

Random number generators are used on:

The last of five community cards dealt in a game of Texas Hold’em.

A game of French origin where players bet on the outcome of a single ball spinning on a wheel, with many pockets where it can end up.

The second last of five community cards dealt in a game of Texas Hold’em.

Video Poker is an electronic poker game that simulates 5-card poker games. Players are paid out if they make the minimum hand required to win.

They refer to the minimum amount the player must wager from their bankroll before they can claim bonus funds. They are designed to prevent the player from claiming and withdrawing too early.

There’s bound to be a term that we’ve missed, so don’t hesitate to follow us up with a question of your own. You can get in touch via our contact page. We have also answered one of the most commonly asked questions about casino terminology below. We hope it helps you out.

Where to begin? The modern casino experience is a world of jargon and technical language. From ante to hole card and house edge, there are many words to get your head around. Of course, you don't need to know every single word before you can safely play at great real money sites, just make sure that you understand the games you are playing.