The Story of Native American Casinos

While many might think that the setting up of gambling establishments on Native American land is a new phenomenon, this is not the case. Officially, state verified Native American casinos have been around since 1988, yet despite over two decades of their operating, there is still a lot of misunderstanding about the true purpose of these casinos and how they affect the Native American population. Whilst the subject has been a matter of controversy for some time, there have actually been a lot of positives for the communities involved in these enterprises. In this post, we’ve explored the history of Native American gaming legislation and how it has progressed through the years.

Before continuing on about why Native American gaming evolved, it’s worth outline how it became accepted by lawmakers across the United States. The main issue was and always has been centered around indigenous Americans being able to have the right to self-govern and earn a means of living without having to rely on the state. While the early relationship between European settlers and the native peoples is a story in its own right, the Federal Government first began establishing laws and policies to outline their relationship to the Native Americans in the 1830s.

In 1831, then Chief Justice John Marshall of the Supreme Court declared all Native American tribes to be “domestic dependent nations.” In other words, they were to act like wards to a guardian and rely on the wider federal government for financial aid and political direction. At the same time, they were still considered to be their own free-standing nations, and the confusing definitions surrounding their relationship hindered the effectiveness of legislation.

In time, bills began to be introduced that would attempt to clear up the ambiguity once and for all. The Indian Reorganization Act of 1934 was a step towards this, with the main purpose of the Act to reverse the goal of assimilation of Native Americans into American society and to encourage the tribes to maintain their historic traditions and culture. Despite this, until the 1950s all Native American territories and Indian related affairs were still subject to federal oversight by the Bureau of Indian Affairs within the Department of the Interior. This changed in 1953 when the Public Law 280 was enacted. Although it was only operational in some states, this law allowed state law enforcement to assume jurisdiction over tribal land when crimes were committed.

By moving the authority from the federal to the state level, the Public Law 280 was a major step in changing the relationship between the American Government and the Native populations. To this day, the federal government recognizes Native American tribes as sovereign nations and accepts that tribal leaders have total authority and the ability to self-govern. However, there have been times when these sovereign choices have been questioned, which leads us to the issue of tribal gaming.

The Beginning of Indian Gaming Regulation

In 1979, the Seminole Tribe opened the first Native American high-stakes bingo game on their reservation in Florida. The local police were quick to interfere, making multiple arrests on site. Authorities claimed that the gambling events were against the state statutes that regulated bingo and violated mandates such as opening time restrictions and prize limits. In response, the tribe filed a lawsuit that claimed that their sovereignty was being infringed upon and the case went to trial as Seminole Tribe of Florida v. Butterworth.

The District Court ruled in favor of the Seminole tribe, which was promptly appealed by the state. The Court of Appeal confirmed the initial ruling, paving the way for future court battles against states and tribes accused of holding gambling events such as California v. Cabazon Band of Mission Indians. Both cases would go on to influence the gambling landscape of America entirely. Native American casinos are still often the only access people have to casino gambling in certain states, as online casinos are still widely banned. You can see how things lie for gambling in America today by clicking here.

There were two key arguments that determined the court rulings in favor of both landmark cases. The first one was that the federal policies that existed to promote the economic self-sufficiency of Native American tribes were of a higher priority than maintaining the vice laws surrounding gambling. As well as this, Public Law 280 only allowed states to interfere in criminal matters on tribal land. This meant that the presiding judges on both cases would need to determine whether the gambling activities were considered as civil or criminal offenses in each state. Both judges determined that in each case, the violations should have resulted in criminal penalties if they were criminal enterprises. Due to the fact that the gambling activities involved were not illegal but were regulated meant that the matters were not criminal in nature and that state lawmakers had no business in interfering with the tribes.

Despite both trials ruling in favor of the Native Americans, the future of these operations was still murky. There was still no guarantee that the federal government would continue to define gambling as a viable means for the reservations to promote their own self-sufficiency and sovereignty. To tackle this head-on, a bill was introduced that would resolve these issues before they arose.

The Indian Gaming and Regulation Act continues to regulate Native American gaming activities to this day. It is kept up by the National Indian Gaming Commission. It’s worth mentioning that while many believe that the bill was a response to the Seminole and Cabazon victories in Florida and California respectively, the bill was in fact already drafted before the Cabazon case went to trial. In saying this, the Cabazon verdict helped speed up the enactment of the bill, and since then the effectiveness of the laws continues to be debated today.

There are often updates to the regulation of Native American casinos. For all of the latest news on this and other gambling topics, head to our news hub. 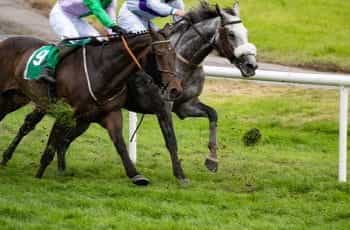