The gambling world has come a long way since the early brick and mortar establishments of the first half of the 1900s. Nowadays it is a well-established industry and has become deeply integrated into the social fabric of many countries across the globe. Like any customer-facing business, it is open to innovation and new ideas being introduced. For example, online gambling became a mainstay shortly after the common use of the internet was established in 1994. The newest innovation in online gambling is the introduction of Virtual Reality, a computer-generated simulation that is fully interactive by using cutting edge technology such as VR headsets. VR has already proven to be a success in the online gaming industry, which has close ties to the online gambling industry. There is a strong belief that the two will gradually become intertwined as a new age of VR casino emerges.

Our honorable mention must go to Grand Theft Auto 5 with its latest update (yes 6 and a half years later it is still being updated) a casino has been added with every game imaginable available. This is however not a VR experience but is available on both PS4 and Xbox One marking a significant milestone in the advancement of VR gaming.

Many believe that Virtual Reality is just another technology trend that will pass on in a year or so. However, its unique technology uses cannot be matched. It allows the user to experience a fully interactive and realistic simulation through a VR headset. As VR tech is still being developed and tweaked it is constantly being improved. Since the introduction of virtual reality casinos in 2015, the buzz around virtual reality gambling has increased tenfold due to significant media coverage and several controversies as some people believe ‘Ready Player One’ is what life will be like in 20-30 years with little to no physical social contact as technology slowly begins to consume regular people’s daily lives. Problems aside virtual reality show a lot of promise not just in the online gambling industry but many others as well and as VR technology improves the possibilities and benefits only increase. 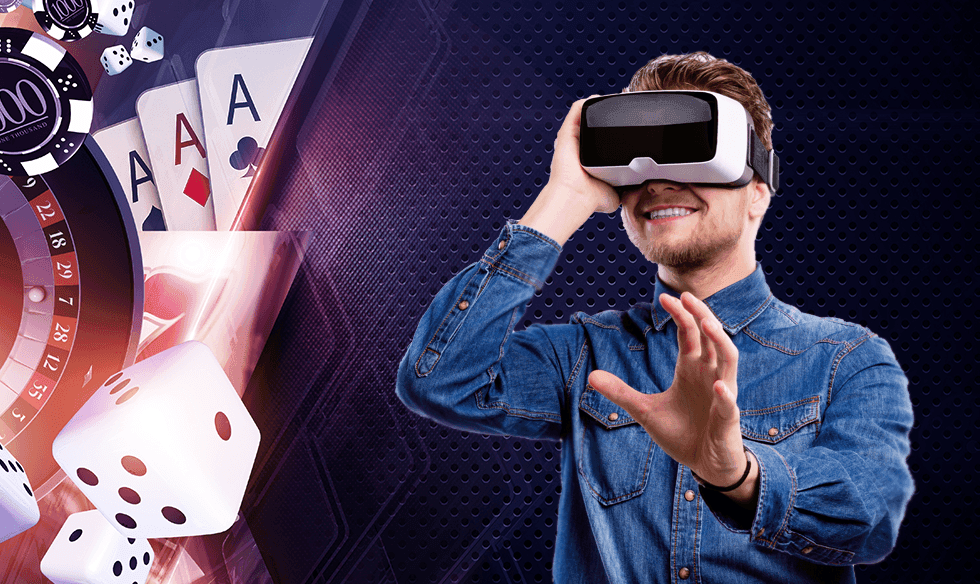 The Benefits of Virtual Reality Gambling

An initial benefit of VR technology is that it will bring more people into gambling. A large percentage of consumers who gamble prefer to visit brick and mortar casinos rather than gamble online. VR will breach this gap as people who don’t have time to visit a casino but also don’t want to gamble online can use VR in the comfort of their own home and play virtual reality casino games rather than visiting a casino. This is especially beneficial to older consumers who aren’t computer literate and can’t access online gambling easily. VR is easily accessible showing why many casino establishments are keen to embrace this new technology.

Another benefit of VR gambling is that it offers a much more immersive and all-round higher quality experience to the consumer. As the technology improves and becomes more mainstream the sophistication and quality of the VR casino experiences will improve. This will, in turn, attract more customers to use this technology and spend more money on VR casinos. For example, they can bet on virtual horse racing and watch the race happen live as if they were at a racecourse. Another example is the game ‘Jack’s world’ which allows players to explore a 3D open-world subverted in the casino game jack and the beanstalk.

Many believe the use of VR to be a very lonely endeavor, however, this is very much the opposite of the truth. Many gamblers can communicate with each other while playing and interact with dealers on many kinds of virtual reality casino games. For example, all the people on a virtual blackjack table will be able to communicate with each other while playing offering a much more immersive and realistic experience than online gambling. This is especially beneficial to people who live solitary lives as similar to online gaming it allows them to communicate with other like-minded individuals.

Also, the experience is easily customizable for every consumer who accesses. Their own preferences including things from interior design of the casino to their own avatar’s appearance. This makes for a much more unique and tailored experience for every player. The technology takes your interests into account and will only promote to you games the user enjoys. This will increase the replayability of virtual reality leading to greater revenue streams for casinos.

The Problems with Virtual Reality Gambling

Also due to Virtual Reality still being in a beta-phase with many releases still not fully completed. It is hard for developers to create games and for casinos to create their own VR games due to developer costs and problems due to the constant innovation of VR. Something developed for VR may be redundant in 2 years due to advancements in the technology.

If you are still waiting for the technological breakthroughs that make VR really appealing to you, you can always access some great online casinos UK, some of which are even starting to include some VR options already.