So, you’ve bought your Mega Millions lottery ticket again this week. You’re sitting on the couch, ticket in hand, watching as each number falls until, once again, you realize that you’re not in luck. Well, that is unless you beat the 1 in 302.6 million odds to take home the big prize. Impossible? Not quite. But when it comes down to it, it’s not exactly what we would call a ‘safe bet’. Still, you try, because you never know, right? That is the way with statistics - they may reveal to us the truth, but sometimes they sound so strange that it seems wiser to ignore them. Below, we’ll explore the most dumbfounding and strange statistics that will make you question everything.

Despite finding our statistics from a vast array of sources, it needs to be stated that with each odd circumstance, there a number of factors that should be considered when weighing up the chances of it happening. For example, in figuring out the odds of being killed by a falling coconut, you need to take into consideration that there’s a sizeable population on Earth that lives without a coconut tree in sight. For others, coconut trees may present an ever-looming threat with every gust of wind. It’s not always as easy to figure out as just running the numbers on the best online lotteries or the like! It’s with this in mind that we will explore the true chances of an odd thing happening as it relates to the average population.

Morbid Curiosities: The Chances of Dying in Weird Ways 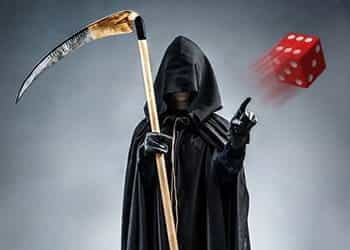 It might seem a little bleak to start off by exploring the strange ways in which people kick the bucket, but we figure we’d start off with the bad news and work our way up to the good.

As the purpose of this article is to explore the stranger side of life (and death), we won’t spend any time discussing the myriad of things that kill most of us, such as disease and old age. We’re more concerned with Death’s dark sense of humor. As you notice the odds of dying in these unfortunate ways below, you may notice that they are more likely than winning the lottery. We apologize for cursing you with that knowledge in advance. Feel free to skip to the happier oddities at the bottom of this post should things start to feel a bit much. 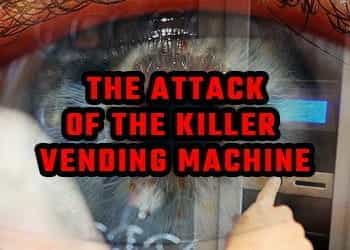 Something tells us that Stephen Spielberg might have had a harder time pitching The Attack of the Killer Vending Machine than he did with Jaws. Regardless, the stats don’t lie – you are more likely to die from a vending machine toppling over and crushing you to death than you are by a shark attack. In most cases, the falling machines are due to people rocking the machines to free stuck snacks from their greedy malfunctioning grip. The chances of death by vending machine are around 1 in 112 million whereas the chances of being killed in a shark attack are around 1 in 250 million. That’s right – you are twice as likely to die from a falling snack machine than the most feared animals in the ocean. I wouldn’t suggest that you should bid to have them removed from your workplace, but next time you punch in the coordinates to your chocolate bar, give yourself some kudos for living on the edge.

With only 10% of the world’s population left-handed, you can’t blame manufacturers for designing the majority of mass-produced products with the overwhelming right-handed population in mind. In saying that, if you’re a right-handed reader out there than it’s worth taking a moment out of your time today to check your privilege and realize that some of our left-handed friends are dying because of our convenience. Accidents caused by dangerous tools such as knives, chainsaws and heavy machinery designed for the right-handed are accountable for the 1 in 4.4 million chance of dying that the left-handed are faced with. That’s over 2500 lefties per year falling worldwide.

Lightning is Deadlier in America

Every year, it is estimated that 24,000 people die worldwide due to being struck by lightning, which leaves us with a 1 in 300,000 chance of dying in one of the most obscure ways imaginable. Despite that, studies suggest that an average of 3 people per year die in the United Kingdom due to lightning strikes compared to an average of 50 people a year in the United States. Adjusted for population, this means that you are five times more likely to die in the U.S. than in the UK from a lightning strike. Although this is a frightening statistic, rest assured that even if you are unfortunate to be hit by lightning, you still have a 90% chance of surviving to tell the tale. 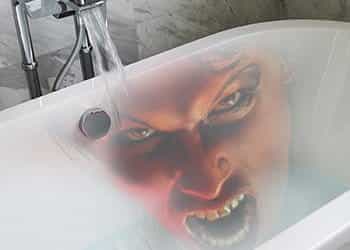 For most, a bath is a symbol of relaxation and respite, a short-lived warm and soothing vacation from the stresses of life or an opportunity to play with bathtoys and splash around. That is unless you are unlucky enough to be the 1 in 685,000 who will meet their end in their relaxing nighttime bath.

At the most risk of drowning are children and the elderly, although it’s not uncommon for many bath-time deaths to be linked to drug and alcohol intoxication. As unlikely as it sounds, let us remind you of the very sad recent passing of Whitney Houston, who was found drowned in barely a foot of bath water with high traces of cocaine in her blood. It certainly pays to take a little more caution when preparing for a soothing soak or bathtime for the kids.

The Weird and Wonderful World of Health Statistics

Now to put the dark odds around death to bed, it’s time to move over to the world of the living and explore the many ways in which the human body and our health can be affected by scenarios beyond our wildest dreams.

For most people, the wail-inducing pain of teething wasn’t inflicted on us until we were between four and seven months old. But if you were born with either fully developed crowns, small teeth with root structures or small teeth that were just visible through your gums, you can count yourself as 1 in 2,000 infants that are born with natal teeth. The condition can potentially be damaging to the newborn’s tongue and may even need to be removed in some cases, if not for the child then for the poor mothers who are confronted with the terrifying prospect of breastfeeding them.

Born with Six Fingers or Toes? You’re Not Alone 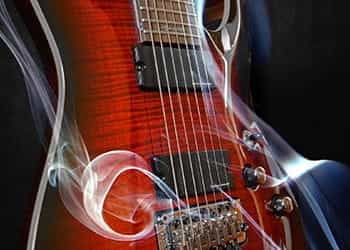 As far as birth defects go, being born with a sixth finger or toe is by no means unheard of. With the chances of being born with this condition affecting as many as 1 in 500 to 1000 people, it’s surprising that we know so little about it. Although they occasionally contain bones without joints and can be easily surgically removed, in rare instances they may form as totally functioning appendages.

Consider Hound Dog Taylor, who had six fingers on each hand and was thought to have used his extra digits to great effect as a legendary blues slide guitarist in America! Though, he did drunkenly cut off his sixth finger on his right hand one night with a straight razor, he did not let his condition stop him from having a successful career doing what he loved.

Alongside the hula-hoop and frisbee, the spring-loaded pogo stick is an icon of the novelty toy and has been delighting users for decades. But this toy does not always result in safe landings, as 1 in 115,300 hospital visitors have been launched straight into the emergency ward with broken bones and head injuries due to tricks gone wrong. With the advent of the Extreme Pogo sport and the modified Xpogo stick, a pogo that had the capability of bouncing over 3 meters high, concerns of higher rates of injuries grew. Regardless, those expected dangers never came to fruition and did little to hurt its reputation, as Xpogo continues to grow in popularity worldwide.

The Dark Truth About Your Toilet

One would think that using the toilet is easy enough – most kids tend to master it by the age of five. But surprise, surprise, toilets aren’t as friendly as you’d think. With a 1 in 10,000 chance of sustaining a toilet-related injury, most injuries are the result of seats landing on body parts (we’re looking at you, boys) and in falling into bowls with the lids still raised. Although these statistics are well and truly studied, you have to think about the number of cases that go unreported due to severe embarrassment.

Look on The Bright Side 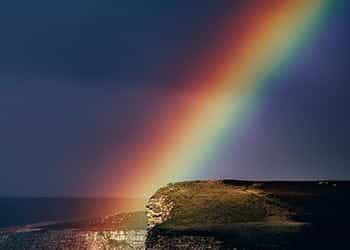 Okay, so now we’ve covered the dark stuff, let’s take some time to consider the good things that might come your way if luck is on your side. It may not be the Mega Millions, but you’ve still got a reason to count your blessings if you: