Why People Get Banned from Casinos

There is always a temptation to bend the rules. Especially in a game of chance, you always want to give yourself the best possibility of winning. This is becoming a massive issue in the casino business, and each year revelations of elaborate cheating and scamming tactics are uncovered, and we learn more and more about why people are banned from casinos. But what specifically is going on within the casino floor to merit such serious action, and what are the operators doing to mitigate against the occurrence of misbehaving guests and players who seek cheating opportunities. Throughout this article we’ll investigate this murky world of unscrupulous casino bandits who seek to maximize the odds in their own favor.

How Common Is Casino Cheating

Casino cheats are constantly developing new and creative ways to break the randomness of casino games. Classic cheating strategies such as card counting will be the first cheat that most laymen gamblers will think of, but as many of you know, this system has long been debunked by casino operators. By using multiple decks, casinos can completely randomize the cards that are coming into the dealer’s grasp. 7 decks is the common amount used by Las Vegas casinos, and since they switched over from the single deck usage system, the problem of card counting has been almost completely eradicated. You will find that you can’t card count while playing online blackjack, as the cards are shuffled between each hand in automated games.

It is not only card games that are vulnerable to the exploitation of casino cheats. There have been technological vulnerabilities in slot machines that have led to huge losses from casinos. The worst case of this was in the late 2000s, a vulnerability in a very popular slot machine used across the country in some of the biggest Las Vegas casinos led to a group of “slot-machine hackers” running an elaborate con over the course of 3 years to extract as much money as possible from the machines. Although the exact nature of this scam is unclear, we do know that the slot machines have a software vulnerability that opened a possibility for a player to amend their stake after the slot machine has spun its reels. This, of course, allowed players to make huge wins as they could up the stake on a winning spin. Interestingly, the individuals were never charged with a crime since they did not technically cheat the game, it was the fault of the software developer for not patching the exploit. This costly error led to millions in losses and the “slot-machine hackers” were banned from almost every casino in the USA.

But by far one of the most elaborate cheating schemes we have ever witnessed at a casino is the roulette ball path predictor. In a huge effort of engineering, mathematical modeling and mechanics, a French engineer developed a system for predicting the path of a roulette ball after it has entered the orbit of the wheel. The system would require the user to click a button when the ball hits the wheel, then click again after one revolution. The path of the ball could be predicted with a decent degree of certainty, which would allow users of the system to make significant gains over the course of many bets. The use of such technology has been strictly prohibited and is no longer part of the equipment arsenal of any law-abiding casino customer. In case any of you have watched Derren Brown’s attempt to beat the game and fancy your chances at guessing the fall of the roulette ball, remember that online roulette uses RNG technology, and so is completely randomized. 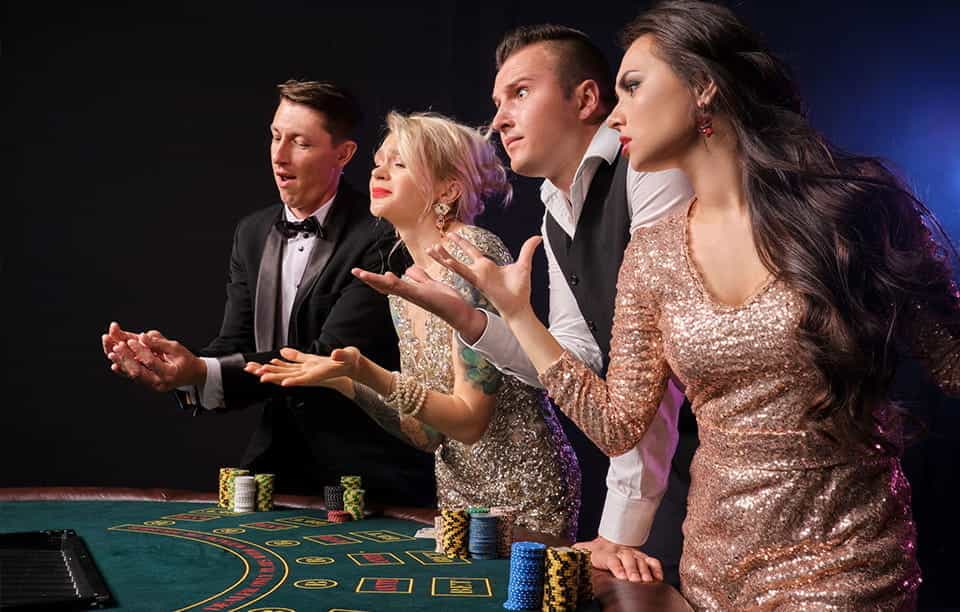 Besides blatantly cheating inside the casino, there are many rules and behavioral expectations that customers must follow. Most casinos take a strict approach towards drunken behavior and will take a hard line against customers that invoke anti-social behavior or act aggressively towards other customers or staff. At times in the past players who were gambling a lot were able to get away with this behavior, but times are changing, casinos are richer and they take a tough approach against this sort of debauchery.

Dress codes are also something that has crept into to the more exclusive parts of the industry if you’re looking to enjoy a night at one of the best casinos in town and not looking your best, it might just get you kicked out.

But one of the most common reasons why people get banned from casinos is for becoming violent and losing their manners when they have not had the luck going their way. If you go into a casino and lose money, becoming angry and violent is not going to do you any favors whatsoever, in fact, the casino will most probably throw you out and ensure that you’re never allowed back on the premises. Specific actions that can fall into the realms of violent and aggressive may be more stringent than you think, and they include:

Of course, the majority of us know how to handle ourselves in a casino, and would never dream of acting in such a disdainful and anti-social manner within the casino floor. But sometimes tempers flare and people forget basic rules of social interaction, and that is why people get banned from casinos. Remember that any anti-social behavior while playing at live casinos may get you banned from any one of our top recommended sites. 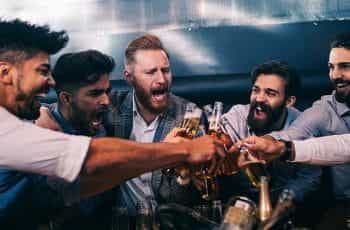