2 By 2 Gamings’ Latest: A Game of Mythic Proportions

The latest release from Chicago-based developer 2 By 2 Gaming is “Loki Wild Tiles,” a 5×5 slot with 40 fixed paylines based on the Nordic god Loki. “Loki Wild Treasure” is just the most recent release in 2 By 2 Gaming’s extensive catalog of colorful and exciting games, many of which pull from familiar fairy tales, myths, and historical events for a creative re-exploration of some of our favorite characters! 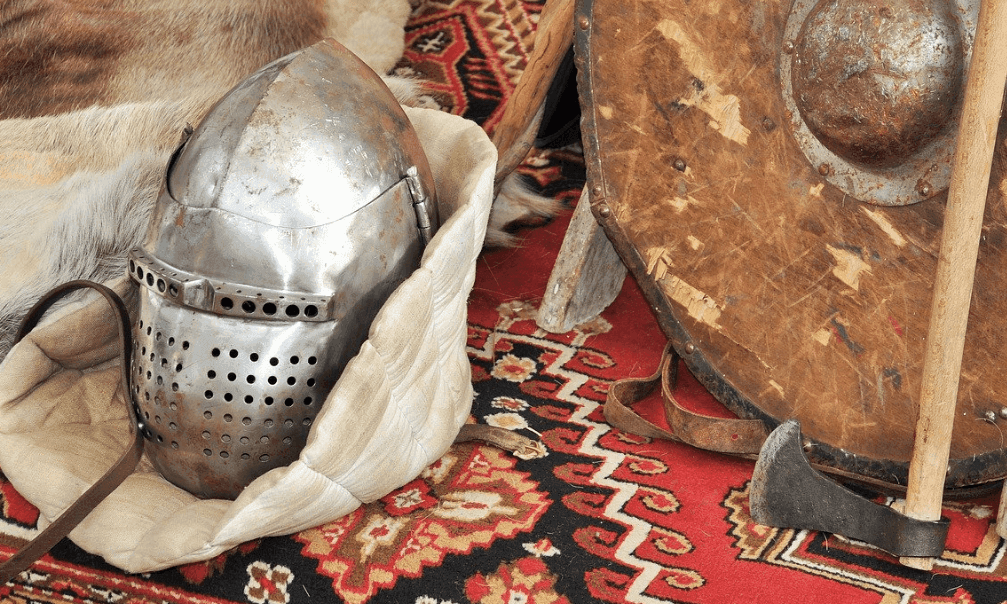 The latest release from 2 By 2 Gaming is set in the dramatic world of Norse mythology, featuring the gods Loki and Thor. ©NadineDoerle/Pixabay

In these stories, Loki can be a figure of good or of evil — working to sabotage the main characters or to help them in their mythic quests. Across these stories, Loki is a shape-shifter, able to appear as many different kinds of creatures: a salmon in one story; a fly in another; and even an old woman. In general, though, Loki is considered to be something of a “trickster” — an unreliable figure who can bring luck as well as misfortune.

As such, the game pulls from this world of magic, myths, tricks, and the medieval era by framing the reels of the game in gold. The tiles of the game are square and drawn as if cartoons, and the backdrop of the game, which features mountains and what some have called an “imposing” castle, is grim: an indication of Loki’s more negative powers.

The character of Loki as depicted in “Loki Wild Tiles” possesses a sword, which stands on the left side of the game window and serves to mark the winnings of the players as they rack up their score, showing their paid wins with an increasing multiplier for every combo a player successfully nails.

To further the Nordic theme of the game, the tiles are designed to signify different items suggesting Nordic times: coins — gold, silver, and bronze — as well as amulets, charms used in ancient times to protect their wearers against evil. Other symbols signify medieval wartime, like axes, helmets, a hunting horn and swords, or powerful and ominous animals like wolves and ravens.

There’s even another mystical character present as a symbol in the game: a Thor, also known as the god of thunder. Landing on the Thor tile will grant a lucky player .5, 2.2, or 15 times their original stake — but only if they’ve also managed to land a 3, 4, or 5 on their payline.

As in many games, the figure used for the Wild tile is the central figure of the game: in this case, Loki. Still, if a player lands on a Loki Wild Tile, these symbols are unusual for being neither winning symbols nor spinning symbols.

Instead, the game is played by the symbols falling down onto the reels as if dropped from the sky. If they land in such a way as to signify a winning combination for the player, the middle symbol of a 3-combo is replaced by a Loki Wild symbol, and the rest of the symbols disappear.

As the player continues to drop symbols onto the tiles, the moves will either continue to be repeated or will restart if no winning combinations are found.

If a player manages to lock down winning tiles while a background column reading “BONUS” appears, then they will have unlocked the bonus round.

This can happen when between 1 and 5 background “bonus” columns are seen, and the multipliers awarded to the player are based on the number of bonus columns present when the feature is unlocked.

In a super-cool twist, if a player’s on a lucky streak, their bonus round can last up to 50 spins!

This is because of some super-cool features in the bonus round designed to help some lucky players. In one instance, if a player spots five or more Loki symbols during a bonus round, they’ll win up to 5 free spins.

In another bonus feature, called the Board Cleaning Bonus, players are allowed to take up to 27,222 coins — but only if they’ve successfully removed all of the symbols on the entire 5×5 matrix. Yeah … good luck with that!

The Reviews Are In….

So, how are critics liking this latest release from 2 By 2 Gaming? In general, so far, reviews are mixed for 2 By 2’s latest. In one of the most positive internet reviews, critics describe Loki Wild Tiles as “thrilling,” “fantastic,” and offering a “gripping bonus game.”

Another reviewer notes that the game, using the central figure Loki, is likely to be a hit with gamers, who are increasingly familiar with Norse mythology and Loki in particular thanks to the success of popular films like The Avengers and Thor which employ Loki and Thor as central characters.

This reviewer goes on, though, to note some downsides of the game, saying that it “isn’t as glossy as some similar releases,” and that the 1,361 x stake possibility for each free spin makes the game “extremely volatile” — which could be a good or bad thing, depending on how lucky you’re feeling!

Still, reviewers appreciated the design of the game and its “brooding soundtrack” as well as its return-to-player ratio: a return of 96.04%, which is on the higher end of slot games.

The firm is a game developer based in Chicago, Illinois, USA. It was founded by Shridhar Joshi, who remains the CEO of the company. Prior to founding 2 By 2 Gaming, Joshi was just the fourth employee at WMS, working in their start-up division. During his tenure there, he was instrumental in helping the company swell to more than $800 million in revenue, skyrocketing to the #2 position in the gaming industry.

Before founding 2 By 2 Gaming and while still at WMS, Joshi eventually became Vice President of Global Product Strategy, significantly helping the team with their efforts in research and development. During this time, Joshi worked closely on the development of groundbreaking products and cementing his firm belief in creating a “culture of innovation.”

Today, 2 By 2 Gaming possesses not only an impressive portfolio of games, but also 65 issued patents — with 35 additional patents underway. 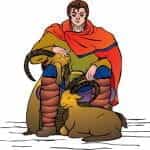