A Huge Win For A Lucky Player in Las Vegas

This week, an extremely lucky winner cashed out on close to $4 million at the Bellagio Resort & Casino in Las Vegas. The game in question was a release by Scientific Games, known as the Dancing Drums Explosion slot machine. The identity of the player has not been released, but both Bellagio Las Vegas and Scientific Games issued public statements celebrating the massive win of this one lucky slots superstar. 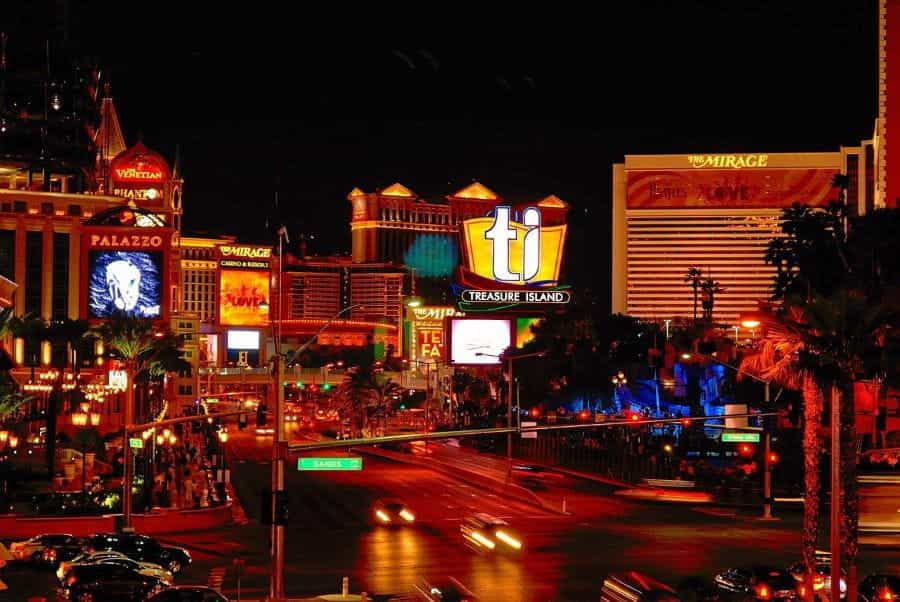 One supremely lucky player cashed out big at the Bellagio in Las Vegas this week. ©27707/Pixabay

Dancing Drums Explosion is a spinoff on an equally popular Scientific Games title, Dancing Drums. In the rerelease, this five-reel video slot is displayed on a TwinStar V75 cabinet, with a huge flat-screen monitor 75 inches wide. According to Scientific Games, there are 243 ways to win, and players can bet maximum 1,000 credits at a time while playing.

This game comes with a number of unique bonus options, including a Free Spins Bonus, a Gold Free Spins Bonus, and a Fu Babies Bonus, which pulls from the Asian-inspired design of the game. This is a progressive-area jackpot game, though the specifically high win awarded to a player last week is certainly unusual!

The Fu Babies Bonus is triggered when a player has at least one Red Fu or Gold Fu symbols on their reels. When this is unlocked using a Gold Fu symbol, this unleashes the special Fu Babies Gold Bonus, meaning that players are given a selection of 12 tantalizing golden coins, which they will choose in the hopes of revealing three identical Fu Babies.

If they do manage to nail picking three lucky Fu Baby symbols, this means that a player gets closer to winning a Mini, Minor, Major, or Grand progressive jackpot from the game. Presumably, this high-roller from the other night’s gambling excursions unlocked something like this feature in order to win such a massive amount.

Another special feature of the Dancing Drums Explosion slot is the Replacement Symbols feature. When this is randomly triggered, various places on the reel are swapped out for Bonus Replacement and Wild Replacement symbols, which include a Gold Drum, a Red Drum, a Red Fu, or a Gold Fu.

Generally, two possible — still high, but not astronomical — jackpots lie at the end of a game of Dancing Drums Explosion. One is the Cash Connection, with a possible jackpot of $400,000. The other is Reel Adventures, which has a jackpot offering of $100,000. This is a far cry from 3.9 million!

Throughout the summer, Dancing Drums Explosion creator Scientific Games has managed to stay quite busy — and successful — in what is otherwise a profoundly challenging time across the global economy. In fact, Scientific Games has been, broadly, feeling the pain a little less than some of its competitors.

In July of this year, Scientific Games released its second quarter revenue, demonstrating that losses were actually not as bad as were feared during the initial months of the coronavirus global pandemic. According to the company, the majority of experienced losses came from casino closures and fewer lottery ticket sales than in the same period in 2019.

This game just a short time after Scientific Games announced that it had secured approval to renew its contract to control the lottery in the state of Iowa. Prior to this arrangement, Scientific Games had already run the Iowa Lottery for close to twenty years. This new contract ensures that control will remain with the company for an additional decade.

On August 25, one lucky, unnamed gambler decided to try their luck at Scientific Games’ beloved slot. That night, they won a grand total of $3,934,609.07 while playing the Dancing Drums Explosion slot — a massive win for which both Bellagio and Scientific Games praised the player.

Las Vegas Could Use Some Luck

Las Vegas, like other global gambling capital Macau, has been profoundly hard-hit by the novel coronavirus pandemic, which has brought the international hub of tourism’s economy to a screeching halt. After months of forced closures, Vegas casinos finally reopened in June, though they look significantly different from before.

As with many other casinos worldwide, Vegas casinos have had to implement rigorous safety precautions to ensure that their locations do not become hubs for new coronavirus infections. Social distancing measures have had to be enforced at casinos, including necessary curtailing of how many guests can be in a casino at a time.

The Biggest Jackpot Of The Summer?

Throughout the last few months, a couple of players have managed to strike big wins in Las Vegas casinos. In early August, a visitor of Harrah’s Las Vegas won a jackpot, also while playing slots. This guest, like the player at Bellagio, chose to remain anonymous while cashing in a jackpot worth $99,241.

Another player in July cashed out $320,000 at Las Vegas’s Cosmopolitan casino. This player also chose to remain anonymous, and similarly won this major jackpot placing a bet on a game of chance: this time a pinball game. Still, while other players throughout the summer have won massive sums, this most recent one does seem like the biggest. 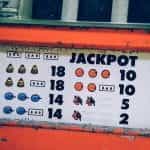