UK-gambling company, Bet365, has reportedly confirmed a Brexit contingency plan involving the relocation of more than 1,000 jobs to Malta from its current base in Gibraltar. 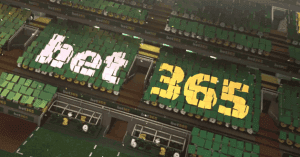 The company, originally formed in Stoke-on-Trent, will maintain a presence in Gibraltar, although it refused to comment on if the British overseas territory on Spain’s south coast would house the company’s operation hub after Britain leaves the European Union on 29th March 2019.

British companies that rely on access to European customers are getting nervous due to the lack of progress from the government on what a post-Brexit Britain will look like economically. Bet365 is the first of the major gambling companies based in Gibraltar to confirm plans to move as a direct result of Brexit.

The decision includes a promise sale agreement worth €70m (£61.4m) to buy a new property development on the Tigné peninsula in Sliema, which will serve as the company’s main hub. The deal will go through as soon Brexit materialises.

Bet365 currently holds gaming licences issued by both Gibraltar GCG and Malta MGA but the firm only has a small marketing-led presence in Malta at the moment. Albert Isola, Gibraltar’s Minister for Gambling, said that Bet365 was still committed to Malta: “Bet365 confirmed directly to us that they remain totally committed to Gibraltar and the entirety of its workforce here; they are not leaving Gibraltar by any stretch of the imagination.

“Neither are they having to choose between us and Malta. What remains true is that Gibraltar remains the jurisdiction of choice for the most reputable gaming companies in the world. Brexit isn’t going to change that.”

Gibraltar has become an operational home to more than 30 gambling companies thanks to its incredibly lucrative combination of a 1% cap on corporate taxes and full membership of the European Union.

The European Court of Justice (ECJ) has confirmed that the UK and Gibraltar will be treated as a single entity with regards to providing business services and transactions during the Brexit negotiations. 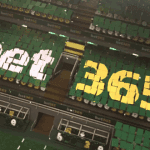