Big Time Gaming, based in Sydney, first rolled out the Megaways mechanic in their own slot game, Dragon Born, in 2015. Since then, it has appeared in three further titles: Bonanza, Extra Chilli, and White Rabbit.

Storm Gaming Technology gains the rights to use Megaways system.

The system revolutionises the way that slot games pay out, with the traditional left-to-right payline structure being overhauled. It modifies the way in which the number of symbols that are determined across each spin. This results in an active gameplay that Big Time Gaming says allows “players to experience a totally different game with every spin”.

This system has proven popular with players, as both Extra Chilli and Bonanza have enjoyed instant success and popularity across the various operator sites on which they have been placed. This success has prompted the company to make a deal with Storm Gaming Technology, who will integrate the system into some of its upcoming slot releases.

First to be released is I’m a Celebrity Get Me Out of Here, which is itself a licenced title. Following this, the company is set to launch the eagerly-awaited Who Wants to Be a Millionaire: Megaways slot.

Big Time Gaming has announced that this title will go live simultaneously on Quickfire and Scientific Games platforms, meaning that it will become the largest network slot release in the industry to date.

With these milestones ahead of the company, Big Time Gaming CEO, Nik Robinson, said “We’re looking forward to seeing how Storm use the Megaways mechanic. Storm has some highly entertaining IP licences that will work seamlessly with Megaways.”

In turn, Steve Murray, from Storm, said that “The Megaways concept is remarkable; it provides for and delivers exciting game play on a whole new level.” It only remains to be seen whether these new releases live up to the hype that their developers are creating. 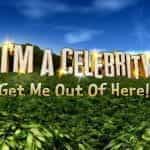