In late December, Caesars Entertainment announced that it would be selling off its Southern Indiana casino to the Eastern Band of Cherokee Indians. The company had a deadline to sell off its Indiana casino by December 31, 2020. Caesars achieved this deadline with a week to spare, releasing a public statement about the casino sale on December 24. This is not the first time Caesars has struck deals with the Eastern Band of Cherokee Indians. 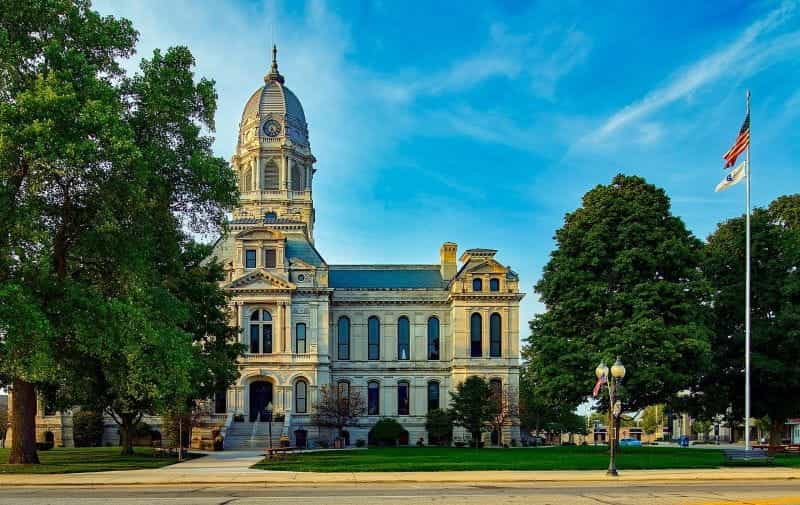 Caesars has finalized the sale of one of its Indiana casinos to the Eastern Band of Cherokee Indians. ©12019/Pixabay

What Does The Partnership Entail?

The sale of a casino location in Southern Indiana formerly known as Caesars Southern Indiana to the Eastern Band of Cherokee Indians (EBCI) means that the Native American casino operators will overtake control of the Midwestern location. As part of the deal, ECBI will enter a lease with VICI Properties Inc.

Fifteen Years Of Collaboration For ECBI and Caesars

This deal is not the first time the Eastern Band of Cherokee Indians has partnered with Caesars, one of the leading gambling companies in the United States. In fact, Caesars and ECBI have had business arrangements ongoing in some form since 1996 — meaning fifteen years of collaborative casino partnerships such as this one.

Caesars Sells Due To Antitrust Laws

After Caesars Entertainment merged with Harrah’s, the company has had to occasionally do some fancy footwork to offset some of its casino holdings due to existing antitrust laws in the United States, implemented to encourage the creation and maintenance of fair competition. As such, the casino had to be sold off to follow these laws.

When Principal Chief Richard Sneed spoke about the planned sale in early November, no words were spared in making abundantly clear: ECBI needs money, badly. According to Sneed, the financial necessity comes out of the looming threat of ECBI losing its coveted casino monopoly in the Southeast.

Beginning in 1997, the Eastern Band of Cherokee Indians established itself the kingpin of tribal casinos in the Southeast of the US. But today, this monopoly is coming under threat from upcoming projects both proposed and actively underway from a number of other Native American tribal casinos, which are threatening to impinge on ECBI’s business.

The Projects In Question

Some of the proposed casinos which could be built in territory formerly (informally) known as ECBI’s domain include a Catawba Nation casino in Kings Mountain, North Carolina, which is already under construction. According to reports, ECBI plans to contest the building of this site, and a lawyers are already involved.

Even if ECBI is successful in its fight against the Catawba Nation casino in Kings Mountain, another casino has been proposed in Bristol, Virginia, less than 150 miles away. ECBI has also noted that a number of states in the region — Georgia, North Carolina, and Tennessee –– are likely to revise their gambling laws, encouraging more casinos to be built there.

In Principal Chief Sneed’s early November statement, it was made abundantly clear that the future of these projects will have direct impacts on the Cherokee Nation’s ability to maintain control over the Southeastern US gambling industry. Sneed posited that, should control be lost, the tribe would be financially insolvent in 3 to 7 years.

The Casino: A Decades-Old Institution

The venue formerly known as Caesars Southern Indiana spent two decades as a popular riverboat casino in the region. In 2019, the casino migrated for the first time on-shore, moving its business into a deluxe building valued at $85 million. The gambling space in the location sprawls across 100,000 square feet.

In November, Indiana Beats Out Competition In Sports Betting

Now that ECBI has gained control of the casino in Elizabeth, Indiana, additional financial woes may be offset due to the promising success of sports betting in Indiana. In November 2020, sports betting increased an additional 9% from what it had been before, meaning revenue gains for both online and land-based gambling providers.

The upswing in Indiana sports betting in the fall of 2020 was attributed to the surprising success of three state football teams: Indiana University and Notre Dame (college football), and state NFL team the Indianapolis Colts. Attention continues to be paid closely to Indiana’s football teams, with promising new players for 2021. 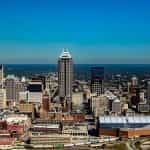