The brains behind Star Fox is building a blockchain-based casino set to disrupt the global casino game market – coining itself the “The world’s fastest Ethereum casino platform”.

Jez San, of Nintendo game Star Fox notoriety, is in the process of developing a blockchain-based online gambling service which would leave regulators out in the cold. Argonaut software founder Jez San’s claims to have raised $200,000 from public investment alone to support the launch of his Funfair project. Following in the footsteps of iDice, the world’s first mobile blockchain gambling app.

The concept, according to Jez, is as so: “FunFair is a revolutionary blockchain technology platform that enables anyone, anywhere to create an online casino in seconds.” Casino players often question the fairness of the games in the backs of their minds. Using Ethereum and Funfair’s own Fate Channel solution, Funfair envisages a more transparent platform than tradition online casinos whilst being faster and more efficient than any blockchain casino to date.

Players need Funfair tokens to participate in gambling on the Funfair platform. Accessing said tokens was a two-phase marketing event strategy, implemented to maximize value for participants and awareness of our token sale. Phase one allowed early adopters and investors the chance to participate and demonstrate the value of FunFair tokens. The second phases will be on a larger sale, offering tokens to greater numbers of public participants. During this phase tokens will be traded which will help determine a fair price.

Blockchain gambling is the next biggest innovation in the gambling industry since the initial blockchain Dice game Satoschide. Blockchain casinos claim to have solved some of what they deem the key issues facing the industry providing transparent code. One things blockchain casinos in general can’t offer is instant gaming, which Funfair.io suggest will be available when they go live. The company lays claim to lower operating costs combined with higher payouts and a richer user experience than those currently available on the Blockchain format.

The hype around these new casinos have sparked numerous blockchain casinos inception. Thus far, many other companies only have a white paper. Funfair on the other hand has proven technology with working games. Since the site hasn’t gone live yet we can only speculate, the closest glimpse of what’s on offer can be found on their website funfair.io where game footage from their Ethereum-powered casino platform previewing table games and slots can be found. 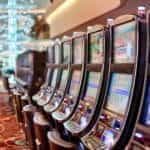 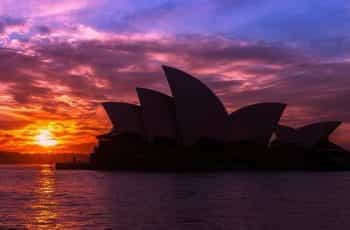