An integrity investigation will be opened into Crown Casino and the Australian government after accusations that they’re working to lure Chinese players to Australia. Nine News has made a number of allegations about the casino’s behaviour and its relationship with branches of the government. The Attorney General Christian Porter says there are “sufficient concerns” to examine the matter further. 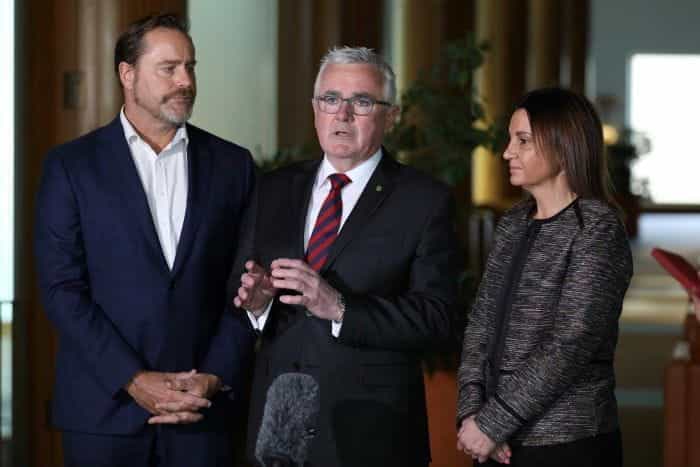 Andrew Wilkie, Peter Whish-Wilson and Jacqui Lambie are pushing for an inquiry ©abc.net.au

The federal government has admitted that it previously had an agreement with Crown Casinos to fast-track short-term visa applications for Chinese visitors to the establishment. This is the heart of the matter which will be investigated.

“I have considered the allegations that have been raised in the media reporting, and particularly as they touch upon allegations which are either directly relatable to or tangentially relatable to Commonwealth officers”– Christian Porter, Attorney General

Porter went on to make it clear that although he was referring the matter to the Australian Commission for Law Enforcement Integrity, this did not mean that he had evidence to support the allegations. The Commission is simply the most appropriate body to look into the claims being made and has the ability to hold hearings and seize evidence. He went on to say: “They have very significant investigatory powers, very significantly stronger than those of a parliamentary committee, obviously including the ability to apply for search warrants, issue notices that attract a criminal penalty, if not complied with.”

MP Andrew Wilkie was the one to make a motion calling for the parliamentary inquiry. He has apparently spoke with a whistleblower who used to work for the Crown Casino in Melbourne. Wilkie spoke of the information he was given in the House of Representatives: “He [the whistleblower] recounts there were no Border Force checks, foreign nationals getting off with up to 15 bags for a short stay, stopping only on the way to the casino to pick up a sex worker. On breaking the law, this new whistleblower said and I quote, ‘Crown is Crown. No one touches Crown, you know there is no law at Crown.’ You literally get what you want, and you do what you want. Money talks.”

Wilkie has apparently spoken to others who have a similar impression of the casino. He went on to say that he know of three police officers, two of whom are still serving on the force, who have openly said that the Crown should be regarded in a similar fashion as The Vatican: “an independent sovereign state all to its own where the laws of Victoria and the laws of the Commonwealth do not apply”.

The Crown itself has said that it will assist with any investigation, but that it “absolutely rejects allegations of illegality made in Parliament today and in recent media reporting”.

Of course, all of these allegations have brought up questions regarding the government’s involvement. The Department of Home Affairs has confirmed that it had so-called “stakeholder arrangements” with various organisation in order to process short-stay visas quickly for them. It insists, however, that no special treatment was given to applicants: “There is no reduced vetting in certain locations or for certain applicants. Our offices in China are well aware of the risks that may be present in their caseloads and they scrutinise and manage applications accordingly. There is no discretion to waive legislative checks or requirements and the department has no evidence that this has occurred.”

The former Australian Border Force Chief, Roman Quaedvlieg, has come forward to say that both federal ministers and a backbencher lobbied his agency in order to make it easier for Chinese gamblers to come into Australia on private jets.

On the other side, Victorian Premier Daniel Andrews insists that anyone who has an issue can take it to the Commission for Gambling and Liquor Regulation and it will be taken seriously. “No-one gets a free pass on their legislative requirements, no-one gets a free pass on integrity and probity. When it comes to this industry or any industry,” Andrews said. 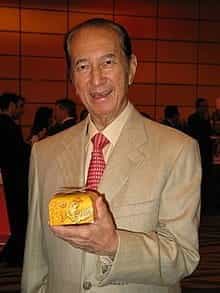 Consolidated Press Holdings (CPH) was the primary shareholder in Crown Casinos until it sold more than half of its stake to Macau-based Melco Resorts and Entertainment in June 2019. At the same time as this sale, it came out that some regulatory organisations were taking an interest in the deal and would be investigating.

There are Crown Casinos in New South Wales, Victoria, and Western Australia, and each of them holds a licence from the respective authority of the state. These authorities determined that it was necessary to investigate whether or not the new shareholders were fit for such an involvement with a casino chain.

The biggest issue with Melco Resorts is that the CEO, Lawrence Ho, is the son of Stanley Ho, who has always been rumoured to be closely connected to organised crime and triad gambling in China. Lawrence Ho insists that his casino business has been established entirely separately from his father’s business, but this will also be something into which the regulators will look. 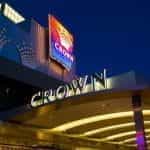