A 46-year old male has been arrested and faces multiples charges of theft and insufficient funds after failing to pay his debts to three Las Vegas casinos. Sang Lee owes a total of $625,000 to The Venetian, the Palazzo, and Wynn Las Vegas casino but has been avoiding payment for almost three years.

Lee was arrested on Monday 29th July but has been released on his own recognizance while he waits to appear before a judge on October 7 of this year. 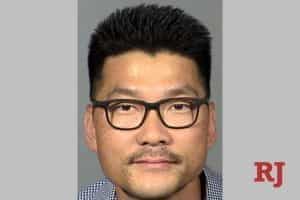 After the deadline for the markers to be paid came and went, the casinos attempted to collect the debt. Lee gave each casino a cheque but all of them bounced. This week, the law finally caught up with Sang Lee. However, looking at similar previous cases, it could be that he does not have too much to worry about. In 2011, Andrew Pham racked up $1million in gambling debt at seven Las Vegas casinos. When he could not pay and skipped out on the debt, he was arrested. After apologising to the court, Pham was given probation and ordered to pay the casinos the money. The casinos say that they have never received any restitution.

While it may seem reckless to give credit to gamblers, Vegas casinos believe that it is necessary. Rob Goldstein, president of global gaming operations for Las Vegas Sands, has said that casinos would be at a “significant competitive disadvantage” if they did not offer credit in Las Vegas. Credit – or markers as they are known at casinos – are usually only given to the high rollers.

Casino companies are forced to write of tens of millions of dollars in bad debt every year. In 2013, Wynn Las Vegas had an allowance of £100 million for “doubtful accounts”. While this seems like a huge amount, in the same year Wynn Las Vegas reported around $500 million in profit, and $4billion in gambling revenue. It should be noted that Wynn Las Vegas’s budget for bad debt is higher than most. It estimates that lass than two thirds of its outstanding debt will be repaid. Sands Hotel and Casino, in comparison, estimates that 75% of its debt will be repaid.

When it comes to collecting these outstanding debts, casinos have a limited number of options. Negotiating with the gambler is the first option, but if that fails filing a suit in court might be the next step. Debts are legally enforceable everywhere in the USA, but many people still do not pay back the money they owe.

If a gambler is from overseas, it is even more difficult for casinos to collect on the debts. While China has the world’s largest gambling market, casino debts are not legally enforceable there.

An example of a high-profile case of unpaid gambler’s debt is that of Terrance Watanabe. A businessman from Nebraska, Watanabe failed to pay back his debt of $14.7million to Caesars Palace and the Rio Hotel Casino. He actually countersued Caesars Entertainment, saying that the company has given him alcohol and painkillers without a prescription, making him incapable of gambling responsibly. Watanabe ended up only paying back $100,000 when the two parties settled. 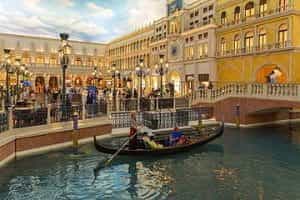 The Venetian is inspired by the Italian city, Venice ©Wikipedia

The Venetian Las Vegas is a luxury hotel located on the famous Vegas Strip. The Venetian resort complex is the world’s second largest hotel, with 4,049 rooms and 3,068 suites. Its sister hotel and casino in Macao is actually the largest in the world at the time of writing. When it opened on May 3, 1999, it was one of the most expensive resorts of its kind, costing £1.5billion to build. The design is inspired by the Italian city of Venice and features replicas of various Venetian landmarks, including the Lion of Venice column, the Rialto Bridge, and Piazzo San Marco.

In 2004, The Venetian had to pay $1million penalty to settle a Gaming Control Board Complaint. It was alleged that the hotel had rigged a drawing for a Mercedes-Benz to allow a high roller to win who had lost a large sum of money at the casino. It also agreed to pay over $47million to the United States Department of Justice to charges related to alleged money laundering. The hotel shares its operations with the next casino in question in this string of thefts. 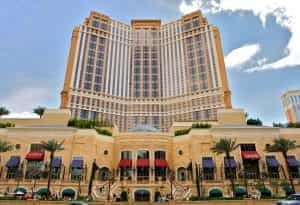 The Palazzo is located on the famous Las Vegas strip ©Wikipedia

The Palazzo is also located on the Vegas strip, and is actually part of the same larger complex as The Venetian. The Palazzo is the tallest complete building in Las Vegas and has a total floor area of 6,948,980 square feet. It took from September 2004 until December 2007 to build and cost £1.6billion. As with numerous other casinos on the Strip, the Palazzo actually operates under the license of a related casino. In this case, the Palazzo operates under The Venetian’s license.

The hotel and casino are designed to reflect and recapture the grandeur of the Italian Renaissance, though on a much larger scale and with ultra-modern amenities. Before the building was fully constructed, its luxurious interiors were used as the setting for a scene in Oceans Thirteen. 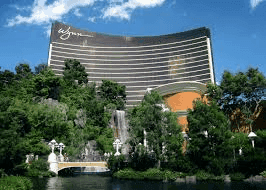 Wynn Las Vegas is named after Steve Wynn and is the flagship property of Wynn Resorts. It is the seventh largest hotel in the world and is located on the famous Las Vegas Boulevard, as are the other two establishments that were allegedly targeted by Sang Lee.

It has featured in numerous films, including: 2012, Paul Blart:Mall Cop 2, Frank & Lola, The Squeeze, and The House. However, it is perhaps not the most iconic of hotels on the strip, given that its attractions are not aimed at passersby; instead the waterfall and three-acre lake, which form the centrepiece of the design, are only fully visible from within the grounds of the casino and hotel. This was an intentional departure from the aim of attractions as seen in hotels such as The Mirage and The Bellagio. 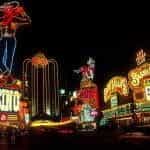