The gaming site part-owned by Ozzy Osbourne will broadcast a twice-weekly gaming and music show on Twitch and YouTube, fronted by Ryan Roxie, who has collaborated on works with Slash and Alice Cooper. 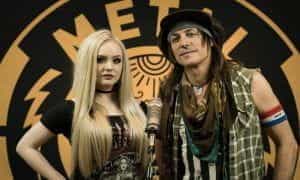 The shows will continue on Wednesday and Friday evenings, featuring audience interaction, live casino gameplay and prize competitions with cash prizes, concert tickets, metal merchandise and backstage passes on offer, and Roxie is eager to get started. He said: “It’s gonna be awesome – we’re so excited to get started. We’re gonna have so much fun talking music and slots in the studio and with the viewers wherever they are and giving away great prizes…You don’t want to miss this. As we say at Metal Casino, ‘Stay tuned, stay true and stay metal.'”

Billed as the world’s first casino to embrace metal fans and casino lovers, Metal Casino had a successful launch in August 2017, attracting fans from all over the world, including countries where gambling is outlawed.

Clas Dahlen, CMO at Metal Casino is thrilled that fans are buying into the uniqueness of the brand and believes the live streaming show will be different to existing live stream casinos.

Metal Casino does things differently than our competitors and our hard rockin’ live show will reflect that. We are true, we’re real, we’re relevant and dedicated, there’s no bullsh*t. The show is about people from the metal scene enjoying themselves and enjoying casino games while interacting with the audience out there. – Clas Dahlen, CMO, Metal Casino

He added: “This is an entirely new format that we actually started working on in March last year, even before the site launched. Metal Casino Live is paving in the world of online streaming; it cannot be pigeonholed as another deadhead casino streamer, nor is it a music talk show. It is a concept on its own. A concept that goes all in for the fans.” 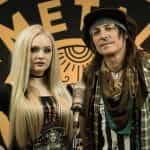