Pragmatic Play has just signed a deal with Mansion, which will see the iGaming content provider delivering their exciting slot titles to Mansion brands. These brands include Slots Heaven, MansionCasino and Casino.com. Pragmatic Play’s award-winning slots, will be a welcome addition to Mansion’s existing range and is positive news for both companies.

This is the latest in a string of deals signed by Pragmatic Play. They are now one of the iGaming industry’s leading content providers, offering live casino and bingo, in addition to slots. These are available to operators via ‘one single API’. The company is conscious of being user-friendly; their products are optimized for mobile and desktop and different languages and currencies are available. These details are just some of the reasons operators like Mansion are keen to add Pragmatic Play to their assets.

The last year has really seen the company make strides forward in the industry, signing dozens of contracts with operators. As a result, players can find Pragmatic Play’s video slots on online casinos sites provided by Casumo, PokerStars and Kindred. August has been a particularly big month for Pragmatic Play. Days before the latest Mansion deal, they signed a contract with another industry titan, Ladbrokes Coral. 888Casino, Codere, Betzest and SUPRNATION also took on Pragmatic Play’s video slots this month.

While it bodes well for Pragmatic Play, it is likewise positive news for Mansion. Chris Mousdell, Mansion’s Head of Casino has been open with his praise.

”Pragmatic Play have a reputation for excellent slot games, and we are very pleased to be able to offer their titles to our customers.”– Chris Mousdell , Head of Casino at Mansion

Mansion’s players can expect to find Pragmatic Play’s entire video slot catalogue available to them. These include hugely popular titles like Wolf Gold, Da Vinci’s Treasure and Mustang Gold. These will sit alongside Mansion’s slots from other big iGaming content providers, such as NetEnt, Playtech and Microgaming.

Many slot players will have already played a Pragmatic Play slot, but may not know the name behind the game. Well-known operators such as William Hill, LeoVegas and Mr Green are just a few of the operators who work with Pragmatic Play to host great content. Pragmatic Play’s games have grown steadily in popularity, while earning a number of prestigious awards. This year Pragmatic Play won Best Gaming Company at the MIGEA Malta iGaming Excellence Awards. Other awards include Best Slot Game in 2018’s Malta Gaming Awards and numerous EGR Awards. Accolades are one thing, but let’s take a quick rundown of their finest slot offerings.

This slot, which can only be described as an “eggs-travaganza”, is the latest offering from Pragmatic Play. This slot builds on their reputation for innovative gaming, with an interesting theme and heaps of bonus features. The premise is simple: a plucky bunch of chickens make a bid for escape from their prison-like farm. Players will find three different modifiers – Chicken Run Wilds, Guard Dog Wilds and the Care Package. Landing scatter symbols can also trigger bonus features. This game doesn’t hold back, offering five different bonus features. These could award you free spins, cash multipliers and bonus games.

This well-loved slot stole the show in 2018, when it won ‘Best Slot Game’ at the Malta Gaming Awards in 2018. The layout might be conventional – 3 rows and 5 reels – but it boasts a distinctive theme. The symbols consist of American wildlife: Eagles, Cougars and Wolves roam the Wild, Wild West. Highlights of the game are special features like the Blazin Reels Free Spins and Stacked Wilds. These make it a fun choice that is easy to play and nice to look at.

This one is perfect for players who want to play something risky. This is the first in the popular John Hunter series, which sees the adventurous hero hunting for treasure around the globe. As the name suggests, this time he’s after Leonardo Da Vinci’s famed inventions and artworks. As with any Pragmatic Play slot, it’s not short on features. Landing three scatters could lead you to a Map Quest, Prize Picker or Progressive Free Spins. A maximum win of 48,000x on one spin and an RTP of 96.53% make this slot hard to beat. 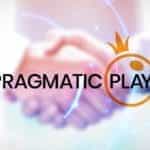