The main legislature of the state of Rhode Island, the Rhode Island General Assembly, has voted in favor of legislation that will expand the state’s partnerships with gaming providers International Game Technology (IGT) and Bally’s Corporation. The legislation now moves onto state Governor Daniel McKee for final approval. 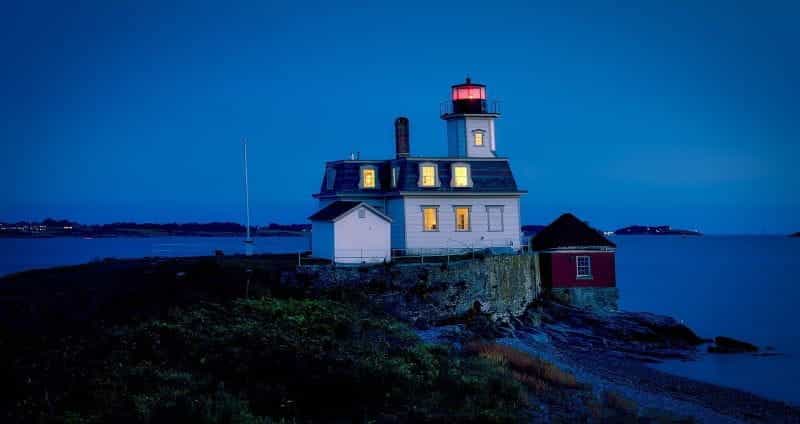 Having now moved onto the desk of state Governor Daniel McKee for a final seal of approval, the Assembly believes the legislation to be an economic development investment of more than $250m for Rhode Island and, hopefully, thereby preserving the state’s third-largest source of revenue.

One of the key aspects of the recently passed legislation will see IGT and Bally’s establishing a joint venture together which, in turn, will operate as a licensed video lottery terminal (VLT) provider in Rhode Island, supplying all gambling machines to the Rhode Island State Lottery.

International Game Technology (IGT) is expected to control a 60% stake in the joint venture, while Bally’s will own the remaining 40%. A 6% minimum annual replacement cycle of video lottery terminals will also be set, with flexibility to replace up to 8% of terminals during any year, while at least 5% of VLTs will be of a premium variety.

As part of the several other commitments stipulated in the bill, IGT is expected to create at least 100 new job positions in Rhode Island. And if it fails to meet these agreed upon employment levels, IGT will be forced to pay a penalty as a result.

While International Game Technology (IGT) has promised to invest back into Rhode Island as part of its newly-expanded agreement with the state, Bally’s Corporation isn’t exactly off the hook either.

Bally’s has also promised to add 30 new jobs in the state as part of the same deal, as well as agreeing to invest $100 million in the state, which will likely include a 50,000 square foot expansion of its casino site in Lincoln. In the event that these promised jobs do not materialize, liquidated damages for any missing jobs will be set at $7,500 per job for both IGT and Bally’s.

Both IGT and Bally’s will also need to make a higher upfront payment to the state, up from $25 million to $27 million. IGT’s financial commitment in Rhode Island, meanwhile, is set at $155 million. Furthermore, both operators agreed to keep their headquarters in state capital city Providence until at least 2043. Funding which goes towards problem gambling programs will also be increased as part of the recently secure deal, from a minimum of $125,000 up to at least $200,000.

Commenting on the finalizing of the deal between Rhode Island and both operators, House Speaker Joseph Shekarchi said: “The legislation increases revenue to our state and preserves critical jobs. Along with the Senate, we have taken several steps to enhance the legislation on behalf of the taxpayers.”

Senate President Dominick J. Ruggerio reinforced the benefits of the legislation, invoking the protection of jobs and the further guaranteeing of capital investment and revenue streams:

“The Senate Finance Committee undertook an exhaustive review of this proposal and developed legislation that protects more than 1,000 jobs, guarantees significant capital investment, and preserves the state’s third-largest revenue stream.”

In the meantime, sports betting revenue in Rhode Island during the month of April 2021 significantly increased year-on-year, amounting to $3.2 million, with the state’s handle reaching a total of $29 million during the month.

The most recent sportsbook figures released by the Rhode Island State Lottery revealed how April’s revenue was 11,472.0% higher than the $27,381 generated in the same month last year. It is worth keeping in mind, however, that the 2020 figures were severely impacted by novel coronavirus (Covid-19) restrictions, with wagering options limited due to widespread cancellations and postponements and players only able to wager via mobile.

Looking at the revenue figures month-to-month, however, shows that they were down 20% in April from the $4 million total generated in March 2021. Breaking down the figures by vertical, retail sportsbooks were responsible for $1.5 million of all revenue for the month, compared to a $821,000 loss in 2020. Mobile betting was also much higher during the month, up a whopping 5,927.9% year-on-year, leveling out at $1.7 million.

Player spending was also noticeably higher in April, with the state handle increasing by  4,810.7% year-on-year to $29 million. It was, nevertheless, 24.7% lower than the $38.6 million wagered by players in March of 2021. For their part, mobile wagers totaled $16.1 million, while players at retail sportsbooks in the Twin River and Tiverton Casino sites bet a total of $12.9 million.

In somewhat recent and related news, American casino giant Bally’s Corporation is expected to acquire UK based online gambling firm Gamesys Group, after the latter agreed to a possible takeover of around £2 billion in March 2021.

At the time of the proposal, Bally’s offer stood at £18.50 per share, however this of course remains open to further negotiation. This would be equivalent to a premium of roughly 40% on Gamesys Group’s January 25th share price of £13.30, with an interesting Share Alternative option being available to Bally’s stakeholders, which would allow them to acquire shares in Bally’s at a rate of 0.343 per Gamesys share.

Rhode Island gamblers eager to start mobile gambling had to visit both casinos’ physical locations and provide photo ID, after which they were able to create and activate their accounts and gamble anywhere across the state through their apps.

Sports betting in Rhode Island was legalized in 2018. The state’s constitution, however, states that any expansion of gambling activities or changes to legislation across the state must be approved by a state referendum and a vote in individual towns and cities. 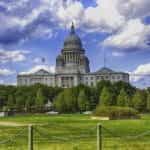