In late January, American gambling company Scientific Games announced its latest release, CLUEDO Cash Mystery, inspired by the popular board game. The company received a license to offer its latest release via a partnership with Hasbro, a popular games manufacturer. This is not the first time Scientific Games has partnered with Hasbro. News of the release follows just a short time after the company continued to expand its reach in Europe and the United States.

The newest game from Scientific Games is CLUEDO Cash Mystery, a five-by-three reel slot jam-packed with special features to keep players on their toes. The maximum return-to-player for the game is 96.5%, and there are ten possible paylines for players to use. Bets can range from just 20 cents to 200 dollars or euros.

The game is playable on both desktop and mobile, and offers a jaw-dropping maximum prize of £250,000 (the equivalent of more than $342,000 USD). Players will ultimately have more than 180 possible free spin combinations and up to 25 spins. The game also features multipliers of up to 6x.

Some of the special features in the game include Sticky Wilds, Infinite Spins, Both Ways Pays, and Expanding Wilds. Ultimately, Scientific Games’ latest is a medium-volatility slot that reviewers say outperforms its predecessor, a Cluedo-inspired slot designed by WMS called CLUEDO Spinning Detectives.

Inspired By A Popular Board Game

In the world of the board game, each of the players are actually suspects in a Gothic English country mansion, the residence of the now-deceased Mr. Boddy. In the game, cards are randomly selected to determine which character used which weapon in which room of the mansion to slay the late Mr. Boddy.

As the game continues, players use deductive logic to determine which of the house’s denizens has murdered Mr. Boddy. There are 324 possible different configurations, as there are nine rooms in the mansion, six possible suspects, and six murder weapons, including a candlestick, a wrench, a rope, a revolver, a dagger, and a lead pipe.

Scientific Games Stays Classic When It Comes To Design

For its newest release, Scientific Games has played it safe, using a familiar layout for its iteration of the Cluedo universe. An air of mystery haunts the game, with symbols that interweave traditional slot symbols (Ace, King, and Queen) with icons straight from the board game, like a feather, a pipe, and the Cluedo logo.

For a game that centers around a mysterious murder, Cluedo has been used as inspiration across media for decades. From a popular Hollywood movie starring Tim Curry to computer games, children’s books, and even an immersive, Pokemon-GO style multimedia mystery-solving app in Australia, this game is part of a storied legacy of Cluedo-inspired content.

Though the game is a brand-new release, critics have already taken to online forums to offer their reviews of Scientific Games’ latest. According to at least one reviewer, Scientific Games has offered upgrades on a formula first used by WMS in the universe of Cluedo for its new game, now to greater effect.

What did they do better? For one thing, CLUEDO Cash Mystery comes with unique bonus features for additional wins, which the original Cluedo-inspired slot from WMS did not offer. Reviewers were enthusiastic about the 17 different possible ways to unlock the Free Spins feature, for one, which immediately ratchets up points.

A Longstanding Partnership Between Scientific Games And Hasbro

Since 1998, Scientific Games has partnered with leading multinational gaming conglomerate Hasbro, which owns companies including Parker Brothers, Milton Bradley, and Kenner. Hasbro is based out of Pawtucket, Rhode Island, and has been overseen by CEO Brian Goldner since May 2008.

In 2018, the companies elected to extend their partnership, which has led the companies to creations like CLUEDO Cash Mystery, which brings together the worlds of beloved toys and games and popular video slots accessible to players in the United States and Europe.

For games developers, building a partnership with a company like Hasbro — home to the trademarks of treasure troves of beloved characters — is a great money-maker, meaning that games can be easily centered around a world of familiar faces, additionally appealing for players around the world.

Scientific Games and Hasbro are two of the leading names in both of their industries, but the same partnerships are playing out on a smaller scale, too, as in the case of a recent contract extension between games developer Pariplay and indie New York-based entertainment company Valiant Entertainment.

Though Hasbro is one of the biggest names in American gaming, the pandemic has not meant big business for the company. A recent report from The Motley Fool explained that Hasbro games perform best when linked to massive film franchises, like Disney films, or when tied to social gatherings. 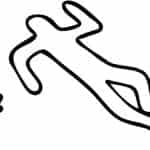