GameCo has secured a licence agreement with the Japanese company, Bandai Namco, to bring the popular fighting game to land-based casinos around the world.

Soulcalibur II will be the first game launched on new machines that have been dubbed Video Game Gambling Machines (VGM). Bandai Namco Entertainment will work together with GameCo to develop a skill-based gambling game using the Soulcalibur licence. 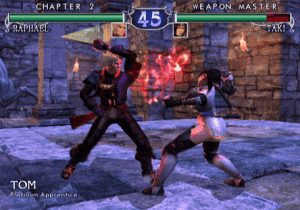 Soulcalibur II was originally released in 2002 by ©Namco Bandai

According to the developers, the new VGM will feature fast-paced gameplay whilst keeping core elements of the original franchise intact. Games will last between 45 to 60 seconds and pay-outs will be determined by a player’s skill, whilst maintaining the ‘same casino-based economics as slot machines’ featuring a RNG engine to manage return to player rates.

This is the first time the UK will see this type of skill-based gambling terminal, and could spark a new era of casino gambling in this country. GameCo has plans to release 10 more VGM titles including several more licensed IPs including Terminator 2: Judgement Day from StudioCanal. VGM titles currently on the market in The United States include racing games, first-person shooters, sports titles and puzzle games.

Soulcalibur is a fan-favourite among video game enthusiasts, and we’re excited to bring the franchise to casino floors, where we can present the brand in a completely new environment with GameCo’s revolutionary VGMs – Yoshiyasu Horiuchi, Executive Officer, BANDAI NAMCO Entertainment

Blaine Graboyes, GameCo CEO, said: “Attracting gamers to the casino floor is the most critical issue facing gaming destinations today and our VGMs are the natural evolution of the slot machine. We have created a truly state-of-the-art experience that speaks directly to the nearly 93 million adult Americans that play video games.” 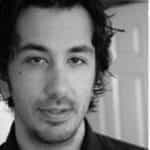 The original Soulcalibur II title was developed by Project Soul in Japan and became a hit with traditional fighting game fans shortly after its release in July 2002. Whilst playable on home console machines such as Sony’s Playstation, Microsoft’s Xbox and Nintendo’s GameCube, the game’s true fame was built in the arcades of Akihabara, Tokyo.

GameCo was founded by executives from Scientific Games, IGT and AGS along with video game publishers from Blizzard Entertainment – the company behind World of Warcraft – and Ubisoft.

A UK release date for Soulcalibur II has not yet been announced. 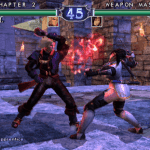