JPJ Group, owner of both Vera&John and InterCasino, is shutting down both sites effective from 3 September. No explanation has been given for the closures. New registrations were no longer accepted after 5 August, and access to player accounts for making deposits or wagers will end 27 August too.

Although various online casinos have been closing down in recent years, this announcement still came as quite a surprise to the iGaming industry, as both sites seemed to be doing well. Vera&John grew its revenue by 62% year on year in the first quarter of this year. However, JPJ Group, a London-based company, only received 49% of its revenue in Q1 of 2019 from the UK market, down from 60% the year before.

Neither site has any promotional offers running anymore, and tournaments and the loyalty programmes are also being phased out.

The Vera&John website now displays a short message to its players: “We’ve had some good times, haven’t we? Unfortunately, even good things must come to an end, and the time has come for us to say goodbye.” InterCasino has a similar message, also without any explanation: “As one of the oldest online casinos, InterCasino has a rich history of bringing premium content to its players. So, it is with a heavy heart that we must announce that as of Tuesday 3rd September, InterCasino will no longer be operating in the UK market, and access to your account will be blocked.” Some have speculated that the closures could be due to the increased number of investigations by the UK Gaming Commission, but there is no evidence of this at this time. JPJ Group has not commented at all on the reasons behind its decision regarding InterCasino and Vera&John.

People will be particularly sorry to see InterCasino disappear, as this operator is full of iGaming history. In 1996, InterCasino established the very first online casino, with the first genuine money wager online being made on the site. It was initially launched by William Scott, an Ohio bookmaker, although he was later found guilty of taking sports bets online illegally and the business was given to new owners.

InterCasino has around 800 online games, including roulette, blackjack, table games, and video poker variations. As with most online casinos, the majority of the games are slots, with over 500 slot machines available on this site. There are various branded games, including ones featuring characters from DC comics (Green Lantern, Superman, Batman), Game of Thrones slots, and some film-themed games. There are also numerous progressive jackpot games such as Mega Fortune or the very popular Mega Moolah.

Vera&John is an online casino based in Malta. It was founded by Jörgen Nordlund, known for setting up Maria Bingo. The site was launched in 2011 and has built an excellent reputation in the online gambling community since then. It offers a staggering 1,400 casino games, with approximately 1,200 of these being video slots. It has many of the classics, such as Gonzo’s Quest, Taco Brothers, Big Bad Wolf, Immortal Romance, and Vikings Go Wild. Like InterCasino, this site also has progressive slot games which give players the chance to win an ever-increasing jackpot as well. Mega Moolah is an extremely popular example of this type of game, which also features on Vera&John.

Although it is closing two of its popular sites, JPJ Group has also made news for reaching a “conditional arrangement” to acquire operating partner Gamesys Limited. JPJ has put forward £490million in a move to buy the platform and its operated brands. £250million will apparently be paid in cash for Gamesys assets and a further £175million will then be used to enlarge and rename a debt facility.

Neil Goulden would lead the enlarged group and has said: “This acquisition marks an important transformational step in JPJ’s growth, providing significant benefits for shareholders, employees and customers. For shareholders, we expect the acquisition to deliver earnings accretion in the first full financial year of ownership, while our employees will benefit from the combination of two companies with a strong commitment to responsible gaming and where the greater scale will further enhance our product development and technology capabilities. Gamesys is known for its brands such as Virgin Games, Virgin Casino, Monopoly Casino, and Heart Bingo. 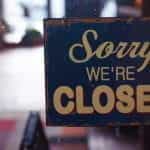