Vietnam’s Ministry of Finance (MOF) has requested the government to lower the minimum capital requirements that it demands from foreign casino investors. The MoF suggests that such an action could be pivotal to boost interest in international investment in the country’s Special Economic Zones (SEZs). 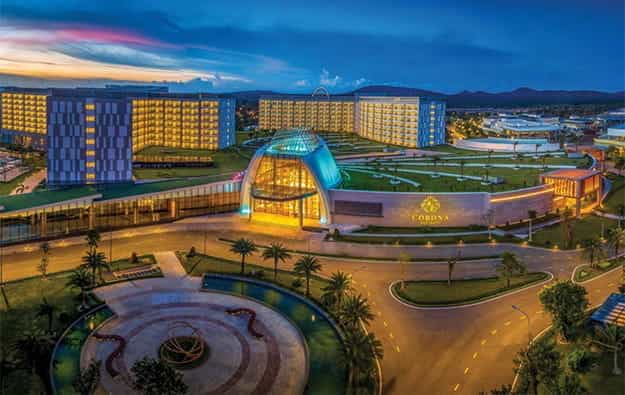 Current laws require investors to make an investment of at least US$2 billion when developing an integrated gambling-resort complex, with 50% of the investment demanded to be disbursed in the pre-developments stage before a registration certificate is awarded.

The MOF has stated that it believes that if its proposal is adopted by the government, it is likely to encourage hefty foreign investment into casinos, resorts, and infrastructure in areas such as the district of Van Don, a locality that has been outlined as one requiring urgent infrastructure upgrades.

Van Don is a rural district located in Northern Vietnam with a population of 39,000. Selected as a Special Economic Zone, the district is currently undergoing rapid development. This includes the recent construction of a major motorway, an international airport and a casino resort under development by one of the largest real estate developers in the country, the Sun Group.

The Ministry of Finance’s request to help grow investments in the country’s burgeoning casino industry comes with the news that foreign investment in the economy is booming. Between January and May 2019, over $16 billion of foreign capital was raised towards Vietnamese investments, an increase of 69% in the last year.

Vietnam is currently home to eight casinos, although strict anti-gambling regulations have long limited the earning potential of these enterprises. In 2018, the nation’s government approved a three-year trial to permit Vietnamese citizens to gamble at one casino located on Phu Quoc Island.

The trial program requires Vietnamese nationals to prove a minimum monthly income of over $431 and pay an admission fee of $43. If the trial is successful, the country will consider opening up other casinos to allow residents to gamble.

It is understandable to see why the Ministry of Finance would believe that current requirements will continue to keep foreign casino investors at bay. For example, the Royal Casino in Quang Ninh reported that its after-tax profit in 2018 was only $731,263 – the first time since 2015 that it was not operating in the red.

The MOF’s proposal for easing capital requirements hasn’t been met with an entirely positive response, however. Some stakeholders who have opposed the request include other government ministries and other gaming operators.

Vietnam’s Ministry of Planning and Investment has stated that this action would not be appropriate at this time but failed to elaborate further. Meanwhile, the Ministry of Defense highlighted that if these eased conditions were introduced solely to benefit the Van Don precinct, it would be unfair to other businesses that have obtained licenses under the current program.

Outside of this, it is possible that the government will not take any recommendations that seek to make gambling more widespread across the nation. Considered a “social evil” in Vietnam, most changes to gambling laws are often met with resistance from industry and residents alike.

After being inspired by the development of SEZs in China, the UAE, and Singapore, Vietnam’s government decided to establish a number of economic zones to help boost economic growth and production output.

Each of these 18 coastal zones became home to up to 325 state-sponsored industrial parks that have benefited off a range of incentives for investors, such as tax breaks and low tariffs, reduced rents and fees. However, in 2018 Vietnam’s decision to add 3 more districts to the SEZ list was met with fierce public backlash and criticism. 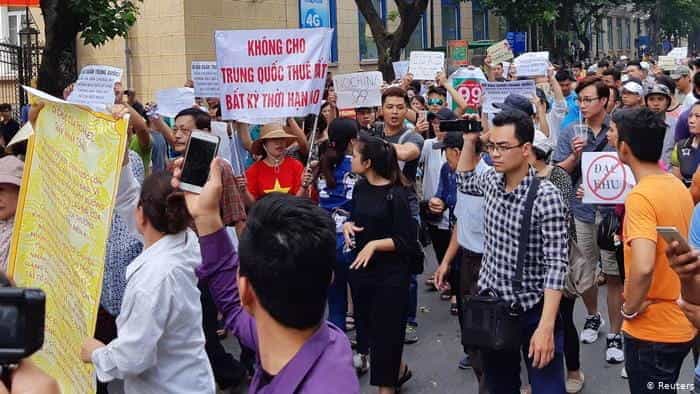 These zones included the aforementioned Van Don, Khanh Hoa, and Phu Quoc. Concerns surrounding the bill to consider these areas as SEZs mainly stemmed from the allowances of some investments to be given 99-year leases. With many assuming that China would be the dominant investor in these SEZs, the nation has fought back in what many presume to be more pandering to their powerful neighbor.

Due to the protests, Vietnam’s government has delayed the bill until further notice.

For now, some government officials in Hanoi, Vietnam’s capital city, are attempting to open the country to more effective foreign investment by upgrading its status as a frontier economy into an emerging market economy. Its current status can be seen by investors as more of a risk, whereas an emerging market tends to imply more secure returns. In order to achieve the upgrade, politicians have increased the percentages of how many of the country’s banks and real estate firms that foreigners can own. This has already led to financial institutions from neighboring Asian countries to increase investments in Vietnam. 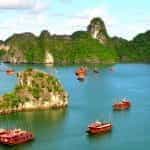 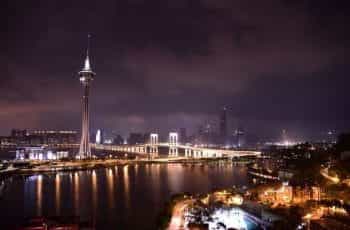