888 Holdings has recently struck a deal to purchase Irish company, BetBright, for £15 million. The deal between the UK gambling operator and the Dublin-based sports betting platform was announced on Monday, March 4th. The acquisition will see assets of Dedsert Limited, Dedsert Ireland Limited and affiliates, which together form BetBright, be purchased by and integrated into the 888 family. Until now, 888sport’s betting platform has been provided by Kambi, though there has been no mention as of yet of what this acquisition will mean for them moving forward. The purchase is one of many made by 888 Holdings since the start of 2019.

2019 has already been a busy year for 888 Holdings. Already within the year’s first quarter the company has paid a reported £18 million in the acquisition of a portfolio of online bingo brands. Among these was Costa Bingo, and other brands that had previously appeared and operated within 888’s dedicated bingo platform, Dragonfish. The latest acquisition means that the platform will now be operated on a B2C basis. This came just a month after 888 made its official launch in the Portuguese market. If 2019 is anything to go by so far, 888 is setting out to dominate the industry.

That’s not to say 2018 was a quiet year for the company by any means. The end of the year saw 888 spend $28 million to obtain full ownership of the All American Poker Network. However, this deal is currently under review by the US Department of Justice. This is due to recent delays of the Wire Act, which could dramatically restrict interstate poker operations. In the meantime, 888 seems undeterred and is roaring ahead. The company is expected to release its fourth quarter and FY18 results by March 12th.

The BetBright Deal in Detail

The BetBright acquisition includes the purchase of its proprietary platform, as well as the integration of the BetBright sportsbook. 888 will receive complete ownership of the platform’s technology, which will then be developed and integrated across the company’s main online betting verticals – sports betting, poker, bingo, and casino. 888 expects that this will strengthen its reach into the global sports betting market, and will begin the integration process as soon as is feasible. The process will be a costly one, but in terms of time and money. BetBright’s Dublin office and staff will have to be integrated into the 888 family, and the company’s shares took a 2% hit at the close of Monday’s trading in response to the deal.

Despite any teething problems, CEO Itai Pazner remains confident that the acquisition was the best move for the company. Commenting in the official press release, he said,

“This acquisition of a high-quality and scalable sportsbook is an exciting milestone for 888; it gives the group the missing piece in our proprietary product and technology portfolio and will enable 888 to own proprietary, end-to-end solutions across the four major online gaming verticals”

He continued, stating, “We are confident that this acquisition will increase the Group’s long-term prospects and differentiation in the growing global sports betting market.”

What You Need to Know About BetBright

BetBright is still relatively new on the scene, having been founded in 2013 by co-founders Tadhg O’Toole, Richard Brennan and Marcus Brennan. The company developed its own sports betting platform, followed by an online casino platform in 2014. Success came quickly to the company, and in 2016 it won the EGR Operator Award for Best In-House Product, in addition to the 2016 SBC industry award for Best Football Betting Product. Industry recognition of BetBright’s stellar output continued apace when, in 2018, the company walked away with the Innovation in Sports Betting award from the 2018 EGR Marketing and Innovation Awards.

The company is chaired by wealthy racehorse owner and former banker, Rich Ricci, who first invested in BetBright back in 2016. Ricci has yet to comment publicly on the acquisition, and his current stake in the company is unknown.

Though from the outset it appears as though 888 may be on rocky terrain, between facing a difficult integration period with BetBright and awaiting a decision on its ownership of the All American Poker Network, management remains calm and hopeful. CEO Pazner certainly seems assured in the company’s ability to dominate the market in 2019, stating, “This is the third acquisition that the group has made in recent months and demonstrates the group’s commitment to its strategy: to be a global leader in the online gaming market by driving organic growth across regulated markets, supported by value-accretive M&A.” 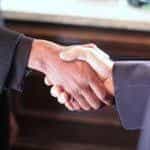 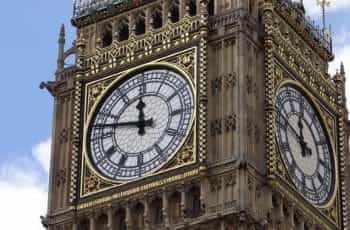 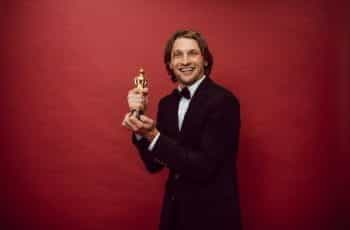