The respective regulatory boards of gambling in Australia (AUSTRAC) and the UK (UKGC) to share information and fight organized crime together. The new deal struck between the two agencies is in the form of a memorandum of understanding (MoU) and will enable a new integrated system of crime-fighting capabilities. The overwhelming nature of this kind of work is made much easier in light of this new deal, and the two agencies together aim to reduce the presence of money-laundering, terrorist financing, corruption, and other organized crime that is linked to the online gambling industry.

The problem of cyber-crime has been greatly mitigated against with the new agreement between Australia’s AUSTRAC and the UK Gambling Commission. ©geralt/Pixabay

The MoU is a wide arching agreement that focuses on sharing regulatory and compliance information between the two agencies. The lack of unity between many government agencies around the world is a major cause of trouble for fighting sophisticated financial crimes. Criminals are able to exploit the fact that they won’t be tracked when dipping in and out of parallel jurisdictions, and this enables them to go undetected for far longer than would be the case if more unity existed.

Technical experts from both agencies will now be working very closely to identify the loopholes that exist for adverse parties seeking to exploit the vulnerabilities in the current system. A huge restructuring of financial monitoring systems is expected, where data can be fed through risk detection models and automatically flag transactions that require further investigation. By sharing their information and technical capabilities, the life of organized crime syndicates is about to become much more troublesome.

Australia has been a hotbed of financial crime for decades, and much of this activity is facilitated through online gambling and brick & mortar casinos. Previously, known criminals from the UK were able to continue their illicit operation under the anonymity of being an unknown entity in Australia. The AUSTRAC and UKGC now want to make this an impossible maneuver, by meticulously tracking criminals across borders and better understanding the flow of dirty money, individuals engaging in financial crime have been dealt a devastating blow.

The Australian Transaction Reports and Analysis Centre have been busy establishing partnerships all over the world in recent years, and this latest MoU with the UK Gambling Commission also includes a provisional agreement with the UK’s Financial Conduct Authority and Her Majesty’s Revenue and Customs. Looking beyond the UK, the AUSTRAC has established data-sharing agreements in many other countries including Canada, New Zealand, China, and the United States. All of this translates to an organization that is armed with the international capabilities to effectively fight organized crime and track criminals’ money as it moves across borders.

Building bridges and sharing information has been the goal of INTERPOL since its inception. The international crime-fighting agency is increasingly taking the brunt of much of the world’s largest international financial crimes. By tapping into the private databases and information strongholds of local government agencies the problem of anonymous financial crime is significantly reduced and mitigated against.

The deal presents an excellent opportunity for various government agencies to tackle crime in a more effective way, ss the chief executive praised the agreement in a statement:

Financial crime is a global issue. It is critical we work together with our international partners to tackle this issue. The signing of this MoU brings the number of jurisdictions AUSTRAC shares regulatory intelligence with to five. This is in addition to its MoUs with 93 financial intelligence units in the global network – further strengthening AUSTRAC’s international network to track illicit funds across the globe.Nicole Rose CEO, AUSTRAC

Now that the MoU is in place, the work of integrating the databases of AUSTRAC and the UK financial authorities begin. Both parties have a strong interest in completing the work efficiently and to a high standard, in the next few months the results of this new partnership will become clearer. New detection methods, coupled with a growing demand to reduce the utility of gambling for money laundering purposes are causing a drastic overhaul of the current system. The wider implications of these crimes are being felt by all of us. As more money is extracted from the economy by criminals and used to fund illegal activities, inflation, interest rates and the cost of living all increase. This new venture will seek to establish a foothold in the fight against financial crime.

The UK Gambling Commission made the deal with AUSTRAC in a month that saw them making many positive steps towards strengthening their understanding and capabilities to fight corruption and financial crime in a rapidly changing landscape. The UKGC made a series of regulatory changes to the way new licenses are being issued, and put a ban on all credit card use for online and land-based gambling in the UK, which will come into effect from April 14th.

Whilst revamping their efforts to stop money laundering within the platforms operated by their license holders, the UKGC initiated a self-exclusion program which provides players the opportunity to ban themselves from all forms of gambling, both online and in-person, at every UK gambling commission license holding operator. Harsh repercussions are issued to operators that fail to exercise the self-exclusion request, as has happened in the past with 888sport. Operators have until 31st March to sign-up to the new set of protocols. 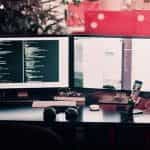