The online game creator BGaming has announced the introduction of its new video slot game based on the mythical lost kingdom of Avalon. The game is a five-reel slot with 20 pay lines and offers features such as free spins, bonus games, and a brilliantly illustrated style.

The game draws inspiration from the legendary adventures of King Arthur and the mythical Island of Avalon. According to the tale, Arthur’s iconic sword, Excalibur, was forged on the island of Avalon. It was also believed to be where the King was taken to recover from his injuries after his final battle.

As the story goes, Arthur fought Modred at the Battle of Camlann but was injured severely during the process. He is escorted by a group of enchantresses including Morgan (Arthur’s sister) to the island in the wake of the battle. The story becomes hazy after the party traversed to the island by boat. Some accounts state that Arthur died on Avalon and was later buried in Glastonbury, whereas others tell the tale that Arthur was cured of his wounds and was rendered immortal by the enchantresses.

A legend to life has been brought by BGaming in its new game, Avalon: the Lost Kingdom; its interpretation of the mythological paradise. BGaming’s new slot is steeped in mystery and magic and takes players back to a long-lost time of chivalry and battle. It is set in the terrestrial utopia that is Avalon and symbolizes the balance between reality and fiction, an imaginary future and the ancient past.

The game features a wild symbol mechanism that can replace any symbol in a line to give the player a greater chance of winning on their spin.

If there are more than three scatters on the display at any one time, a free spins round will be initiated. This game mode can also be re-triggered. This is a bonus game included in the new video slot game which has been dubbed a “Fateful Wild” by the game’s developers. In this bonus round, the player can choose their preferred character to play as their wild spin. During the round, free spins will increase the multiplier from 2x to 7x.

Another fun addition to the game is the “Excalibur” mechanic that has been employed by the software developer. If this is triggered, additional Wilds will be placed on the reels during the bonus round. This is a random event and cannot be predicted but if it does occur, a new wave of Excalibur additional Wilds will appear to help increase the player’s winnings.

Avalon: the Lost Kingdom boasts a 95% return to player (RTP) which means that players can generate a decent return on any money that they wager on the slot.

The casino game developer BGaming was born as a result of the software developer SoftSwiss rebranding its proprietary casino game software. This happened in 2018 and ever since BGaming has been on the rise. Now, its games can be found on the books of over 40 online casinos, many of which can be found on white label platforms. The rise of the company is unlikely to slow down in the future as its portfolio of games continues to grow and more BGaming casinos appear.

The number of slot games provided by BGaming currently stands at more than 20. The company also prides itself on the use of cryptocurrencies in its games as well as the myriad of platforms its software is designed to run on. These platforms include mobile gaming, giving punters to option to play smooth and beautiful games on the go.

BGaming is renowned for its attention to detail when it comes to making online video slot games. Graphics in games are in high definition and include features such as immersive sounds and vibrations to increase a player’s enjoyment.

BGaming is also the first major iGaming software provider to have included a feature known as “provable fairness” in its games. This feature is an algorithm that has been designed to analyze playing patterns to verify fair play.

The system is based on cryptographic measures to ensure that outcomes in a game are unaffected by the bet of the players and to make certain that a consumer cannot know the outcome of a game before the gameplay has occurred.

The company’s commitment to fairness as well as player satisfaction is what helps to set it apart from other iGaming software providers. This is also the reason why there is understandable anticipation for its new game, Avalon: the Lost Kingdom. The game is available to play now on the many casinos that BGaming is partnered with and is well worth checking out. 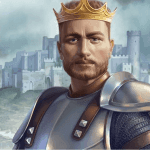