This week saw back-to-back developments with some of Las Vegas’s casinos, including hefty fines for two Meruelo Group spots and big new names. The fines came out of a failure of these locations to adequately comply with mandatory COVID-19 safety precautious, the result of multiple complaints filed against the casinos by regulators in late summer. Simultaneously, the Strip saw big progress as two significant new casino locations moved closer toward opening. 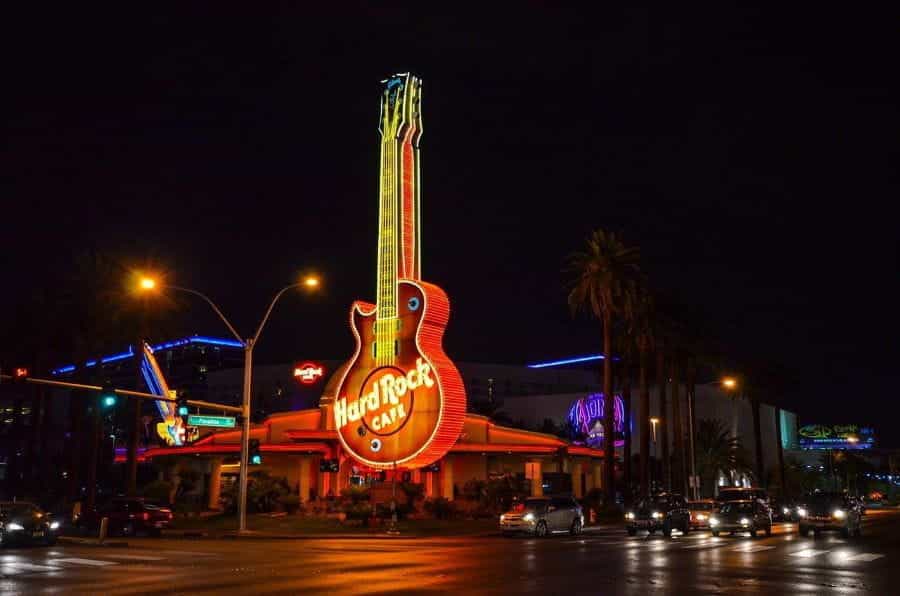 Virgin’s new hotel and casino will be located in a property once known as the Hard Rock Resort & Casino Las Vegas. ©USA-Reiseblogger/Pixabay

In late September, the Meruelo Group was forced to pay a total of $75,000 for fines levied upon it by Nevada health regulators, who filed formal complaints after surveying two properties owned by the company. The complaints were initially filed by local regulators in August, though visits from regulators reportedly happened earlier in the summer.

The two locations in question are the Grand Sierra Resort and the Sahara Las Vegas, which are located in Reno and Las Vegas, respectively. When asked to comment on the claim made by local health regulators, representatives from the Meruelo Group remained opaque on the matter, saying that they could neither confirm nor negate the claims.

The Sahara Reportedly Hosted A Large Luncheon In July

In the complaint filed by a Nevada health regulator, the Sahara Las Vegas reportedly held a luncheon on July 23 attended by more than 130 people (based on an estimate). This goes directly against health and safety measures established for Las Vegas casinos earlier this summer, which has capped group gatherings to a maximum of fifty.

This was only exacerbated by an earlier complaint that the casino was allowing patrons to break social distancing guidelines when playing at several gambling tables, including craps and blackjack. This claim had been filed in mid-June. According to reports, this fine is the first time a Las Vegas casino has had to pay up for COVID-19 infractions.

According to an August 7 report filed by a Reno health inspector, the Grand Sierra Resort did not adequately enforce mask measures, which have been the standard across Nevada resorts and casinos since the state reopened this summer. The complaint in question stated that many — dozens, apparently — of visitors to Grand Sierra did not wear masks.

Around The World, Crackdown On Casino Protocol

Since the global onset of the novel coronavirus (COVID-19), casinos around the world have had to implement a number of stringent safety precautions if and when their local government allows them to reopen at all. For many casinos, this only adds insult to months of devastating financial injury wrought by forced closures during lockdowns.

For most casinos, these regulations tend to entail a forced new maximum capacity, typically 25-50% of standard operating capacity. In some casinos, customers are now disallowed from drinking, eating, and smoking inside casinos, and are generally encouraged to wear a mask close to all of the time.

The result has been a number of cases much like this one, where casinos have been caught by local regulatory bodies for failing to adequately uphold the agreed-upon safety measures enforced at some time during the spring or summer. Most recent was Washington’s Emerald Queen, which came under fire for hazardous working conditions.

New Openings On The Horizon

As the Meruelo Group licks its wounds, two significant new developments were announced this week pertaining to two new casinos set to open on Las Vegas’s famous strip. The last months have been extremely challenging for Las Vegas casinos, with tourism and revenue plummeting year-over-year. Some, like the Tropicana, have been resold.

In an auspicious turn, then, Circa Las Vegas received its license to operate in downtown Las Vegas beginning on October 28, 2020. The vote to license the new casino, owned by Derek Stevens, was unanimous on the part of the Nevada Gaming Commission. The casino will also include a hotel, which will be open to the public in December 2020.

In a massive new announcement at the same time, Virgin Hotels announced that it would be opening doors to its new Las Vegas property on January 15, 2021. The location will be overseen by JC Hospitality. Virgin’s new Las Vegas location is the recalibrated former Hard Rock Hotel & Casino in Las Vegas, Nevada.

Circa Las Vegas: The First Brand-New Location In Vegas For Decades

The grand opening of Circa Las Vegas at the end of next month will mark the first time an entirely new Las Vegas resort and casino has been built from scratch to open in America’s gambling capital in forty years. According to local coverage of the licensing, which was granted on September 9, 2020, the request for licensing was expected to be approved.

Casino owner Derek Stevens has received nine previous licenses from Nevada’s Gaming Commission in just twelve years, which pointed toward a positive outcome even before Circa Las Vegas received its formal permit earlier this month. The Circa Las Vegas will be home to more than 1,300 slot machines and close to 50 tables for games.

The resort, once it opens in December 2020, will be able to accommodate 777 rooms of guests — a lucky number, as any fan of traditional slot machines knows. There will be six restaurants in the location, as well as five bars and an exotic “aquatheater,” a multi-level stadium-size swimming pool.

The new Virgin Hotel and casino property in Las Vegas will be managed as part of a partnership between Virgin and Hilton, specifically Hilton’s Curio Collection. More than 1,500 rooms have been elaborately upgraded to fit with Virgin’s chic and signature aesthetic, and the casino floor is more than 60,000 square feet in size. 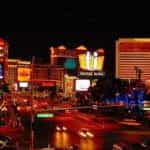