Major gambling solutions and B2B supplier EveryMatrix has revealed that it is opening a mobile gaming development studio in Miami named Armadillo Studios. The studio will be the first of its kind in the United States for EveryMatrix, developing online casino games for the provider with insight into US player behavior and gaming logic.

B2B supplier EveryMatrix has revealed that it is opening a mobile gaming development studio in Miami named Armadillo Studios — the first of its kind in the United States for the gambling solutions provider. ©Michelleraponi/Pixabay

Studio Will Be Managed by Two EveryMatrix Execs

Malta-based gambling solutions provider EveryMatrix will be opening a mobile gaming development studio in Miami, Florida, headquarters of EveryMatrix, and will go under the name of Armadillo Studios. It will be the technology provider’s first game studio of its kind in the United States, marking the supplier’s first major investment in game development in the country.

The goal of Armadillo Studios will be to develop online casino and mobile games to be used by EveryMatrix, with a particular focus on US-market player patterns and overall gaming logic. The studio will be headed and managed by two major EveryMatrix executives: chief executive officer Razvan Haiduc and chief operations officer David Stoveld.

Razvan Haiduc has extensive experience in the gaming industry, having worked in EveryMatrix’s payments division since 2019. Before that, he spent 5 years at premium online and mobile casino games software provider iSoftBet.

For his part, David Stoveld has experience specifically in various different gaming production companies, such as world leader Scientific Games, as well as NetEnt and  Kalamba Games.

EveryMatrix and Armadillo See Lots of Promise in US Market

As news of the opening of Armadillo Studios was revealed in a press release by EveryMatrix, the supplier’s CEO Ebbe Groes expressed strong optimism that the company can become a leading casino supplier in the US within a few years:

“We’re more than happy to contribute to U.S. gaming culture with a wide portfolio of casino games which will be managed entirely by our team in Miami. Having Razvan and Dave in the studio’s management team brings us confidence that we can be a leading casino supplier in the U.S. market by 2023.”

Americas President at EveryMatrix Erik Nyman said the need for American-centric games has been long necessary at the supplier and thereby welcomed the announcement:

“I have seen the need for American focused games for years, and I am happy that EveryMatrix responds to the market’s call. I am very excited that David Stoveld, who I worked with in the past will be the creative lead and Razvan managing these efforts. It is a great pleasure having them here in our U.S. Headquarters close to our customers.”– Erik Nyman, Americas President, EveryMatrix

Finally, Razvan Haiduc, CEO of the recently launched Armadillo Studios, had the following to add:

“The U.S. market holds a lot of promises, and I am sure that investing in this direction is the right move for us. Armadillo’s games will bring loads of excitement and entertainment to casino aficionados across states. Dave and I will be building the American Dream together along with Erik and the rest of the team at our U.S. headquarters in Miami later this summer.”

The unveiling of Armadillo Studios marks EveryMatrix’s third major investment in gaming development, following the launch of Spearhead Studios and RGS Matrix in 2020, as well as the investment in Lady Luck Games earlier in 2021 — the latter of which is expected to launch on the NASDAQ First North Growth Market on June 23rd, 2021.

What Exactly is EveryMatrix?

According to the company’s About Us page, its solutions “are designed to help clients unleash bold ideas and deliver outstanding player experiences in regulated markets.”

EveryMatrix touts products and services which work either independently or in concert with one another as an entire platform, seamlessly integrating with existing programs to allow for all kinds of various clients — ranging from lotteries to bookmakers; both large seasoned operators, as well as recent arrivals to the gambling world.

Headquartered in Miami, Florida, EveryMatrix and its new game development studio Armadillo Studios might be able to benefit from the passing of a recently amended betting compact in Florida negotiated between the state of Florida and the indigenous Seminole Tribe.

Following protracted debate on the issue, an addendum to the compact resulted in online gambling being removed from the tribe’s offerings, with the potential to return to the topic in three years, as well as sports betting getting delayed until October 15th, 2021.

With Florida gambling law currently allowing the Seminole Tribe to offer only slots, banked card games, raffles and drawings, the prospect of online gambling being left on the table might allow suppliers such as EveryMatrix to continue expanding into the iGaming market.

Mobile Sports Betting on the Rise via Barstool Sportsbook

Online betting, and in particular mobile sports betting, continues to be on the rise in the United States, spreading across the nation via increasingly popular platforms such as Barstool Sportsbook.

Owned in large part by casino and racetrack operator Penn National Gaming, the Barstool Sportsbook application was recently approved for launch in Indiana by the Indiana Gaming Commission (IGC).

Barstool’s recent launch in Indiana follows an already established presence in states such as Michigan, Pennsylvania and Illinois. Indiana is the fourth state to provide mobile wagering via the Barstool Sportsbook app, with a launch in Virginia also expected in the near future. 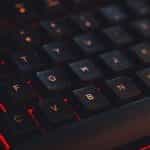