The UK’s Gambling Commission has handed out £4.5million in financial penalties to four online operators after determining that they had breached regulations. The UKGC found that the companies were failing to safeguard customers from gambling harm and money laundering.

The Gambling Commission felt that the operators were not being proactive enough in ensuring that their customers were not at risk of harm. For example, one firm failed to make inquiries after one of its customers went from spending £200 per month on the site to £10,000 per month. The UKGC also determined that InTouch Games did not have adequate processes in place to protect against money laundering. It lacked an appropriate system to determine players’ sources of wealth as well.

Betit Operations owns both kaboo.com and highroller.com. Its fines were handed out when the UKGC found that it only carried out soft credit checks and verification of names and addresses for all players. It also was not distinguishing between the risks related to different customers when carrying out its checks. One customer was mistakenly allowed to deposit £110,000 over a 24-hour period, which should not be allowed.

BestBet Limited was identified as having inadequate controls for anti-money-laundering and social responsibility.

MT SecureTrade operates guts.com and rizk.com. It was also criticised for failing to put proper anti-money-laundering or social responsibility measures in place. A specific example was mentioned where the operator took deposits totalling £38,000 from one customer without investigating the source of the funds. It was later discovered that the money had been stolen. Part of MT SecureTrade’s settlement includes repaying money to the victims of the theft.

All of these financial penalties come as part of a much larger ongoing investigation conducted by the Gambling Commission into the online gambling industry. It has said this week that it has looked into the activities of more than 120 operators over the past 18 months. Out of those, 45 have been told they must raise their standards, while five have had their licences revoked.

“We have been working hard to raise standards in the online industry to ensure that gambling is crime-free and that the one in five people in Britain who gamble online every month can do so safely. But our work will not stop here. As a regulator, we will continue to set and enforce standards that the industry must comply with to protect consumers.”– Richard Watson, Executive Director, Gambling Commission

The CEO of Gaming Innovation Group (GiG), which owns both Betit Operations and MT SecureTrade, Robin Reed has also released a statement regarding the fines: “[Each company has] acknowledged previous weaknesses in its controls to meet social responsibility requirements early in the Gambling Commission process and immediately took steps to address the gaps in its procedures. It has been such transparency and cooperation, which we are pleased that the Gambling Commission has publicly acknowledged, and agility to implement improvements that allowed us to avert a sanction…

Commencing from the end of 2017, GiG has embarked on an ambitious journey to place player well-being, prevention of money laundering and sustainable business practices at the core of its operators. In the last two years, we have invested heavily in automated technology such as Artificial Intelligence and Machine Learning enabling early prevention, monitoring and other reporting tools. We have also invested in people, building our compliance and player safety teams and ensuring that the necessary tools are available to them to assist in their duties of reducing the risk of business being used to further financial crime and detecting and interacting with players who may be vulnerable or at risk of problem gambling.”

Stricter Regulations All Round 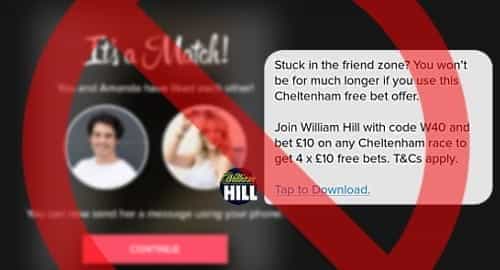 The William Hill advert on Tinder has been banned ©Calvin Ayre

It is not just the Gambling Commission that is knuckling down on those breaching regulations. The Advertising Standards Authority (ASA) has also been extremely strict with those in the gambling industry. Last week, the organisation banned a Monopoly-themed advert after ruling that it was too appealing to children.

This week, the ASA has banned a William Hill advert that was shown on the popular dating app, Tinder, for drawing links between gambling and sexual success. The advert read: “Stuck in the friend zone? You won’t be for much longer if you use this Cheltenham free bet offer” and included a link to download the William Hill app.

According to the UK code of non-broadcast advertising, gambling adverts must not “link gambling to seduction, sexual success or enhanced attractiveness”. William Hill responded to the ruling, claiming that it only intended to imply that customers would be taking their relationship with the company to the next level, not become more attractive to sexual partners. It has, however, agreed to remove the advert.

Tinder told the ASA that it had reviewed the advert and did not find that it was socially irresponsible. The ASA upheld the complaint despite this, saying that the ad “suggested that those who gambled would be more likely to develop a friendship into a sexual relationship and therefore linked gambling with sexual success”. 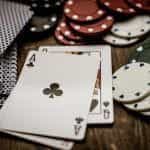 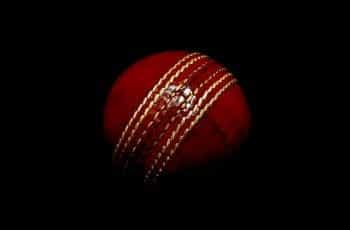 FSB Partners With Cricket.Com for Game