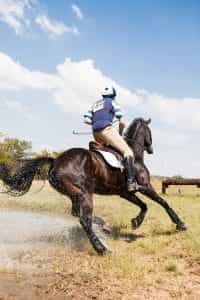 Horse racing is one of the areas which has shown real growth recently. ©Pixabay/Pexels

The French Gambling Regulator, L’autorité de regulation des jeux en ligne (ARJEL) has announced that the growth of both horse racing and poker has continued into the third quarter. Total revenue in these two sectors has increased by 27.7% since the same point last year.

Revenue for the three months before the 30th of September 2019 increased to €346m. Sports betting was the standout area of increase. The amount of money wagered in sports betting increased by 9% to €1.08bn. This is an impressive increase considering that during the same quarter last year, the final stages of the FIFA World Cup 2018 were taking place. This competition was won by France and as such, it was somewhat expected that this would represent a peak in the market. This increase in revenue represents a 43.6% improvement on 2018.

The lack of a major football event during the third quarter of 2019 did, however, lead to a decrease in player activity. The number of active accounts per week declined to 553,000, which is a small decrease, but nonetheless significant. ARJEL noted that this decrease had been driven by a high promotional spend from operators. During the off-season this year, the total sums paid out in the form of bonuses to players decreased by 15%, to €17m.

The bulk of the sports betting stakes were placed on football, which is not a deviation from the norm. These stakes accounted for €553m. This amount is a 12% decline in the numbers generated at the same point of 2018, but it still represents over half of all of the money wagered in sports betting. Football was followed by tennis, which added €363.9m to the total. Of the money contributed from tennis, Wimbledon drew in €68.4m and the US Open accounted for €67.1m.

The Rugby World Cup, which began at the end of the quarter on the 20th of September 2019, managed to attract €10.8m in stakes during these 10 days.

An area of improvement has been horse racing, which is on track to show its third consecutive year of growth. Player stakes have risen 6.3% to €270m which has led to a revenue increase to €66m.

This revenue has come from an average of 132,000 active accounts per week. ARJEL has suggested that growth was stemming from existing players gambling more, rather than more accounts being active. This is supported by a decline in bonuses paid out by licensees, which fell by 35.5% to €5m.

Poker, in contrast, showed a growth in player numbers and revenue in the third quarter of this year. This is the second consecutive quarter of year-on-year growth for the game. Revenue from cash games increased to €21m and tournament rake grew to 45m. For the first time, ARJEL did not provide any figures for the amounts wagered by poker players.

Player activity also increased in the third quarter. The average number of active accounts per week increased by 5.3% to 139,000.

There was a decline in bonusing across all verticals, but in spite of this, the total media spend by licensed operators increased by 13.2% to €43m. The majority of this spend (62%) was towards acquisition and retention marketing. 33% of the spend went through French media, and 5% was spent on sponsorship agreements.

These market figures have been published after the process of selling the majority of the French government’s stake in the lottery and gaming operator La Française des Jeux (FDJ) was started on the 7th of November. This sale is expected to be completed by the 20th of November 2019 and institutional and private investors will be able to acquire most of the government’s 72% stake in the business. Following this public sale, the government’s stake will be knocked down to at least 30% of the shares in the company.

This sale is also expected to have a knock-on effect on the regulator ARJEL. This authority is due to be replaced by a new regulatory body, which will have a wider remit. This body will cover the lottery and land-based casinos as well as igaming. Currently, it is unclear when the new entity, which is due to be called L’autoritè nationale des jeux (ANJ) will be inaugurated into power. 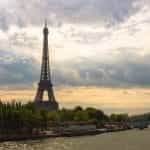