Rhode Island Governor Gina Raimondo will be investigated by a state Ethics Commission after proposing a $1billion 20-year extension deal for IGT. The company is known to have donated to her election campaigns and been a supporter of her political activities for years, making people suspicious of her motivations. 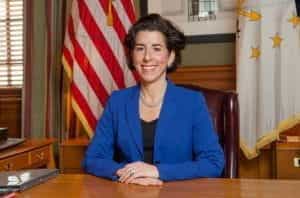 The governor’s proposed deal would give IGT (International Game Technology Plc) – a software provider with headquarters in the UK – a 20-year extension to operate the Rhode Island Lottery. The deal would also give IGT control of up to 85% of the video gaming machines at the two commercial casinos in the state of Rhode Island.

The Republican Party filed a complaint last month with the Ethics Commission, which has now agreed to review the case. The Republican lawmakers released a statement, saying, “The Rhode Island GOP is pleased that the Ethics Commission will investigate Governor Gina Raimondo for the special treatment her administration has shown IGT while Raimondo and Donald Sweitzer, a lobbyist for IGT, have been associates in the Democratic Governors Association.”

The Rhode Island Republicans have voiced their concerns regarding the relationship between the governor and Donald Sweitzer too. Although he retired in December 2018, but for 20 years he was the chairman of IGT Global Solutions. Under his leadership, IGT has donated $70,000 to Raimondo’s campaigns since 2014. Sweitzer now works for the Democratic Governors Association, of which Raimondo is the leader.

Ethics laws in Rhode Island prohibit public officials from benefitting themselves or any of their business associates through their positions in office. The governor’s office has publicly stated that Sweitzer was not involved with the IGT deal, and Raimondo’s lawyer has said that he is confident that this “partisan complaint has no merit”.

IGT’s current contract is set to expire in 2023, so a new deal is needed. However, the governor failed to hold a competitive bidding process for the contract, which raised red flags. Twin River executives have accused her of trying to “side-step Rhode Island’s purchasing laws” by not considering other proposals.

Twin River did submit a $125million proposal to run the Rhode Island Lottery instead of IGT, but Governor Raimondo dismissed it. Her given reason was that she believed Twin River lacked the experience, but she also commented that it should not be allowed to manage the operation since it is backed by a hedge fund. IGT is also backed by a hedge fund.

Twin River Worldwide Holdings Inc, parent company to Twin River and Tiverton casinos in Rhode Island, have spoken out against the proposed deal and IGT itself. If IGT were to win the deal extension, up to 85% of video lottery terminals, also known as slot machines, would be controlled by IGT, despite the casinos being owned by Twin River. State law already allows IGT to account for up to 50% of the slot machines in the two casinos, giving the company more than 5,100 terminals.

A radio spot said: “Raimondo wants them to have almost all the slot machines in the casinos, and they are the worst ones on the floor. It’s going to cost the state millions.”

Twin River itself has said: “IGT machines do not stack up competitively. They are underperforming compared to machines from the state’s two other VLT vendors. More than 1,800 of their machines are more than a decade old. Their competition, Scientific Games, has made considerably more investment.”

Unsurprisingly, IGT disagrees with both statements. The developer says that new machines would be installed in Rhode Island and that it would agree to a $150million capital investment mandated in the contract extension. 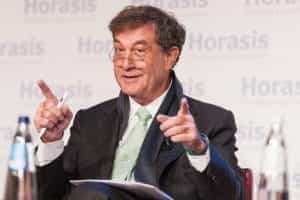 Alan Hassenfeld has offered to pay for an independent review © Twitter

Alan Hassenfeld has offered to pay for an independent review regarding the extension deal. Hassenfeld is a Rhode Island businessman and philanthropist billionaire, as well as the former chairman and CEO of his family’s Pawtucket-cased Hasbro toys.

He commented, “I have no skin in the game with IGT or Twin River. To do something like this without having really outside professionals come in, I don’t care who pays for the consultants – if you want me to pay for the consultants – I really would beg the governor and the speaker and the Senate to sit down and together bring in some consultants to analyse.”

There has not yet been a confirmation as to whether this offer will be taken up by the State.