As we all know by now the impact of COVID-19 has been economically catastrophic for the land-based casino industry globally. The latest reports surfacing out of Macau have quantified the daily financial damage to be around $3 million, this major hemorrhage is sending shockwaves through the cash-rich Macau gambling industry. 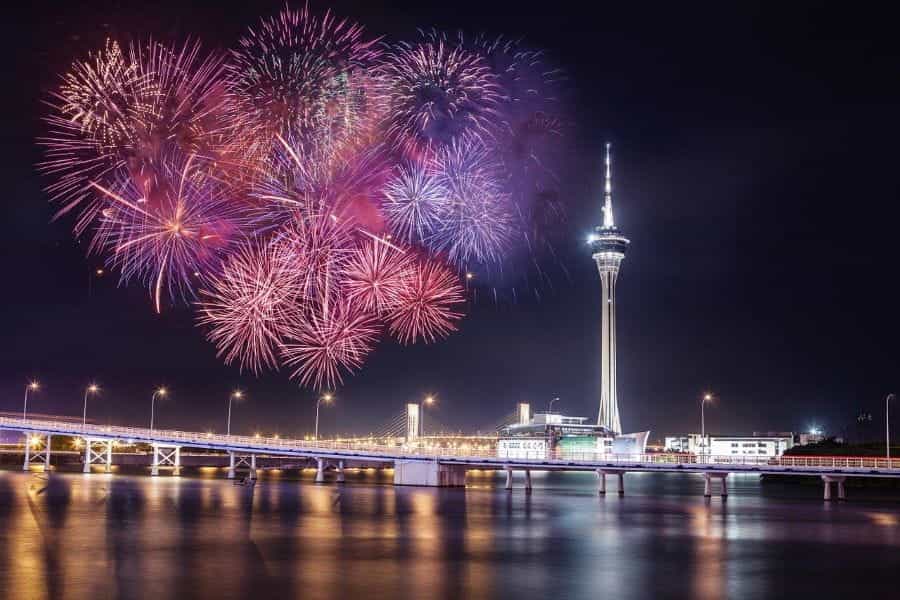 It could be many years before the fireworks return to the skyline of Macau. Creditors are seeking future reassurances before stepping into finance firms under pressure. ©ImageDragon/Pixabay

Such a considerable loss of cash on operating costs would be enough to send most companies insolvent. But the cash-rich Macau casino empire have demonstrated how incredibly resilient they are to macroeconomic forces. The steady optimism is partly reinforced by swift and decisive action taken by policymakers in dampening corporate losses, but more important in steadying the Macau gambling industry is the extremely small quantity of debt on their balance sheets.

Galaxy, one of the largest operators in the world’s richest gambling hub, has amassed an enormous pile of cash over the past decade. The $5.7bn war chest held by Galaxy is providing reassurance to its creditors and acting as a cash buffer to tide over operating costs until normal market conditions are restored.

Even facing the prospect of a lengthy zero revenue period, Galaxy is able to ride out the slowdown. They are not unique in this regard either; MGM, Melco Resorts, Wynn Macau, and Sands China also control large cash stockpiles. According to calculations by Reuters, the Macau gambling industry’s cumulative cash position is $12bn. This enormous stockpile of liquid cash is largely a result of years of aggressive and stringent dividend policies.

The Chinese-ruled territory of Macau is a sizeable gem in the crown of China’s wider economic ambitions. Its survival is absolutely crucial not just for the 450,000 local residents who depend on the industry for their livelihoods but to ensure China continues to expand its influence over the world’s super-wealthy by dominating luxury leisure and casino industries.

It’s very difficult to predict how this is going to work out. It’s a marathon, not a sprint, and we can see that there’s been a gradual improvement in mainland China, that hopefully, will trickle down into Macau.Robert Drake, Chief Financial Officer, Galaxy

The size of the financial buffers within the largest Macau gambling corporations is considerable. Analysts predict that even the firms with the lowest cash reserves are able to go without revenues for at least 6 months before dipping into debt financing. Of course, nobody wants this scenario and the sooner social-distancing restrictions are lifted the quicker these firms can replenish the cash reserves being burned at the moment. On top of this, various infrastructure projects aimed at improving the overall capacity of the Macau gambling sector are temporarily on-hold whilst the pandemic is ongoing.

The short-term fallout of COVID-19 on the Macau gambling sector has been particularly catastrophic. Since the casinos in Macau reopened following the government shutdown, revenues across the board have continued to tank – an estimated 85% lower revenue compared to this same time last year. Daily visitors are dramatically lower, with the latest figures showing less than 1000 tourists are arriving in the city each day, compared to 100,000 a day this time last year.

The consensus amongst casino bosses is this is will be a long and steady period were not much will be gained whilst losses can be managed if things go to plan. Of course, this position of optimistic caution has been made entirely possible by years of strong performances where the city casinos have pulled in over $200bn in gambling revenue since 2014, it is this abundance of cash that is maintaining the stability of these firms during the current crisis.

Sands has short term views absolutely wiped off the face of the market, the casino is losing $4 million a day, but with cash reserves estimated at over $1.4bn, there are no immediate going concerns for the business. Most estimates suggest that the richest casinos in Macau, including Sands, are capable of going for at least 2 years without revenues if need be.

If the situation in the gambling industry doesn’t improve soon and the casinos did have to resort to debt financing to stabilize their balance sheets, bankers have already warned it will be a tough sell. Banks are also facing their own significant pressures and haven’t yet decided which avenue of action to pursue. With capital now in short supply, lenders are looking for some reassurances on what the future will look like, and currently, nobody knows when people will return to Macau. 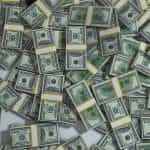 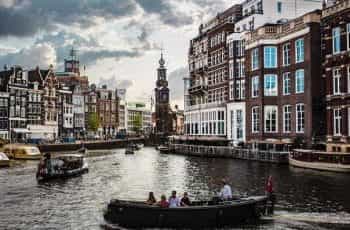 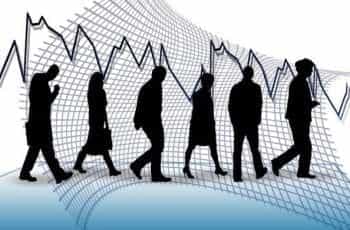