Following Sarah Harrison’s departure in February of this year, interim UKGC CEO Neil McArthur has been confirmed as the full-time successor. 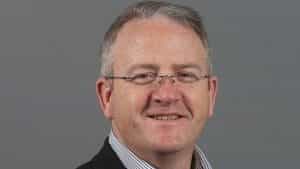 Neil McArthur was appointed as the interim UKGC CEO in February. ©FGN

The Gambling Commission has been searching for Ms Harrison’s successor since her decision to step down to pursue a new role within the Department of Business, Energy and Industrial Strategy was announced last December.

It appears however that acting CEO Neil McArthur has done enough in his brief stint to secure the role on a permanent basis. With a background as a lawyer for multiple public bodies, including the lead in the General Teaching Council’s legal team, the CEO brings with him a wealth of industry experience. In addition to this, he also held other high ranking positions within the Gambling Commission including it’s Chief Counsel and Executive Director.

Speaking after the announcement, McArthur spoke of his pride at being officially named the new UKGC CEO.

I’m looking forward to the challenge that lies ahead to make gambling fairer and safer. I am really proud of the Commission’s achievements over the last 12 years, but there is a lot more to do.– Neil McArthur, CEO, UKGC

The Gambling Commission has certainly been busy since McArthur’s appointment in February with a call for fixed-odds betting terminals stakes to be cut and a review into whether gambling on credit should continue to be permitted already underway.

McArthur’s proactiveness to lay down the gauntlet to the UK’s gambling industry no doubt played a part in the decision to appoint him as the full-time CEO. Speaking after the Commissions announcement, current Chairman Bill Moyes spoke of the decision as fantastic news for the UK gambling authority.

He brings to the role a thorough understanding of gambling issues and regulation, along with a proven commitment to making gambling fairer and safer. I’m looking forward to working even more closely with Neil as he leads the Commission to make significant progress in raising standards, protecting consumers and the public from gambling-related harm and improving the performance of the National Lottery.– Bill Moyes, Chairman, UKGC 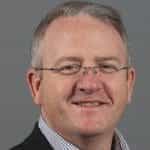