NetEnt has launched the first of a trio of slots to be released later this month. Imperial Riches is a jackpot-filled slot with an Eastern theme. The game is the latest NetEnt offering to feature the popular ‘avalanche’ mechanism. The Swedish developer has created another strong asset for its gaming portfolio. 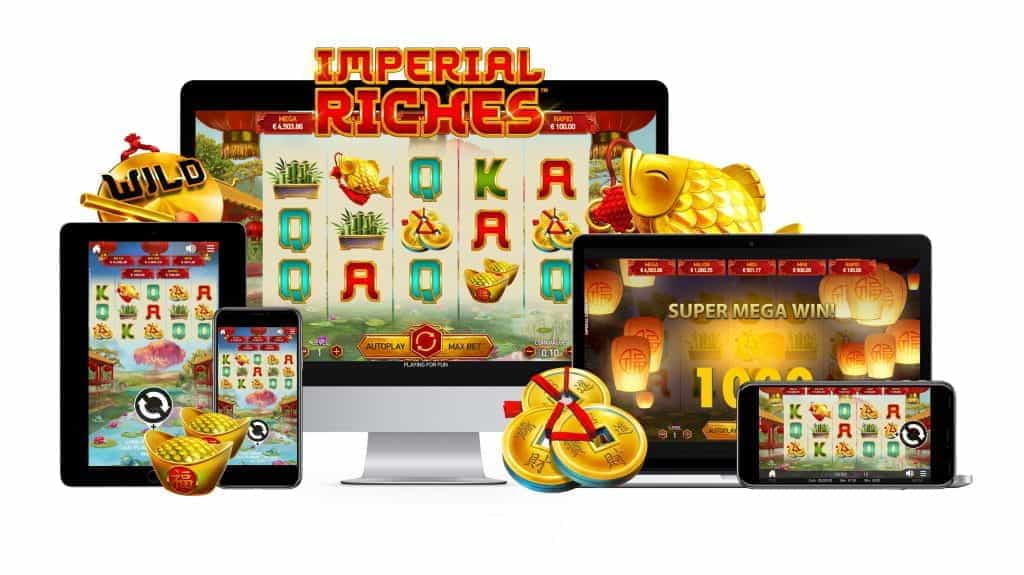 Imperial Riches is playable across a wide range of devices © NetEnt

Imperial Riches is the first of three slots to be released this month. It went live to players on the 4th of September. It is a positive start to the month for the Sweden-based game provider. The slot has already received praise for the multiple payouts it offers, sleek design and advanced features.

”The chance to win one of five realistically priced jackpots and the beautiful, authentic Asian artwork and theme makes this game speak the promise of fortune for players across the board.”– Bryan Upton, NetEnt Director of Games

On the 12th of September, a second NetEnt title will be launched. Twin Happiness is set to continue the Chinese theme. As it has not yet been released, there are only a few solid details about the slot. It presents a more back to basics approach to slots, making it ideal for mobile gaming. Quality mobile gaming is one of NetEnt’s key strategies. As winners of the Mobile Product of the Year at the 2019 Gaming Awards, there are high hopes for Twin Happiness. Its main feature is the Twin Reel mechanism that boosts the player’s chance at a win by joining reels together with matching symbols.

NetEnt will release its third title for September on the 24th of September. Conan is sure to be a hit with players, based on the legendary Conan the Barbarian. So far, we don’t know too much about the game, other than it’s main character. The game was announced to crowds at the 2019 ICE London event. Bryan Upton, NetEnt’s Director of Games, had some positive thoughts to share on the soon to be released slot.

“Conan is a character and a brand with a fantastic history, and legions of fans all over the world. We are honoured to be creating our own adaptation of Conan and can’t wait to give him the hallmark NetEnt treatment”

As the first of NetEnt’s September trio to be launched, we were able to find out all the most important details players want to know before playing Imperial Riches. The game takes place in a Chinese garden, with a tranquil koi pond. Lucky symbols like golden fish and coins as well as traditional music really set the theme. Wild symbols, represented by golden gongs will appear on reels two to four. They can stand in for any symbol, except scatter symbols. The layout is simple, but effective – five reels and three rows. There are a variety of exciting features on offer that make the game fresh and exciting to play. For instance, landing three or more scatter symbols on the reels can trigger ten Free Falls. Free falls turn winning symbols into jewels.

There is also a Lucky Pond bonus game. This is triggered by collecting jewels and will happen after Free Falls. Fish in the pond will come and gobble up the jewels, and in turn award the player coins or activate the Jackpot game. There’s another bonus round too. The Jackpot bonus game can only be reached through the Lucky Pond bonus game. The fish will return to eat more jewels, but this time they’ll award a jackpot. There are two fixed-value jackpots and three progressive jackpots available. A jackpot is won when a fish has eaten three jewels.

The Future Looks Bright for NetEnt

These three slots are packed full of the innovative features that NetEnt has built its reputation on. They demonstrate the company’s ability to take different approaches, while achieving consistent and high quality games. NetEnt fans will be excited to play the new September slots, but it doesn’t end there. Following the huge success of NetEnt’s Guns’N’Roses slot, the company has announced an Ozzy Osbourne slot will be released on the 21st of November. There’s a lot to look forward to as this games provider goes from strength to strength.