Russia has taken a strong anti-gambling stance since 2009. But in recent years there have been murmurs that a major casino resort was being planned for construction, and it would be on a scale to rival Las Vegas. That time is now upon us – the Tigre de Cristal has opened just north of Vladivostok, as it becomes the first of many casino developments to be launched in the region over the coming years. We look into what more is coming down the pipeline and the wider implications of such a move throughout the rest of this article. 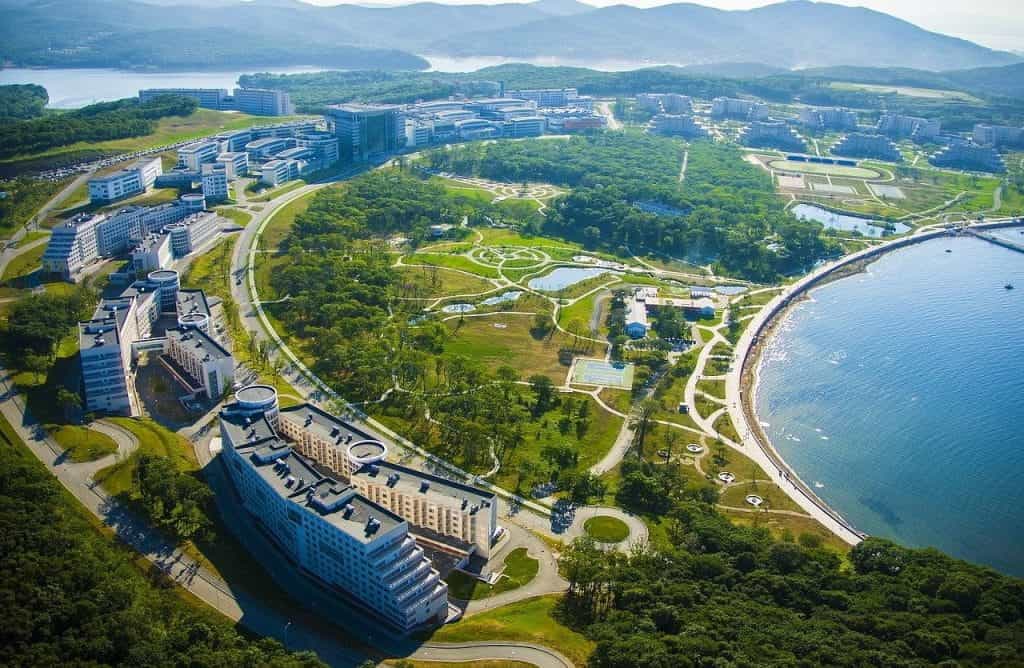 The beautiful coastal city of Vladivostok will become a hotbed for casino enthusiasts in the east. ©DVFU/Pixabay

Ultimately there will be a whole complex of hotels, casinos, business exhibition centers and a yacht club being built in the Pacific coastal city in Eastern Russia, Vladivostok. The exclusive zone is one of the only regions in Russia that doesn’t have explicit legislation that makes commercial gambling entities illegal. The aim is to enhance the region and attract business from Asia to compete directly against the current gambling hub of the region, Macau. Vladivostok is perfectly situated to do just that, with direct links from several major Asian capital cities, the Russian government has shown they are determined to make the coastal city the “Las Vegas of the East”.

The alternative option will certainly attract a lot of tourists, particular from China and Korea which are both little more than a 1-hour flight away. The casinos are even designed and organized in line with Asian gambling customs, with a nod to Chinese tradition the card tables opened at 5:33 pm. It doesn’t stop there, as the intentions to woo Asian guests are painfully obvious everywhere one looks; the food is a tailored selection of pan-Asian dishes, the bars serve Korean liquor and the playlist heard throughout the casino floors is mash-up of Chinese, Japanese and Korean musical artists.

Looking at the construction project from a purely economic standpoint, it makes a lot of sense. Firstly, the Russian economy has been under pressure for some time now. With the growth in GDP stagnant the economic model that the Kremlin has implemented has been painfully exposed and showed signs of collapse.

The majority of Russia’s economic problems began with tough economic sanctions being placed upon them by the United States and her Western allies. Whilst this is not disastrous in itself, combined with a series of systematic failures in raising capital investment domestically has effectively stalled the Russian economy. Worst still, the primary export of Russia is oil and gas, both commodities that have seen sharp drops in price in recent years due to alternative cleaner energy sources becoming more widely adopted.

In addition to the benefit of tax revenues that the local municipalities in eastern Siberia will receive from the casino multiplex – the immediate economic boost to the local community will be profound. Right now, there are thousands of young Russians, Chinese, and Koreans being trained as croupiers, dealers, floor managers, receptionists and bar staff. The project is expected to deliver around 15,000 jobs, to a region that has suffered for long periods under the strife of poverty, stagnation, and unemployment.

The Scotsman, Craig Ballantyne an experienced commercial gambling executive has taken the reigns as Chief Operating Officer of the newly opened Tigre de Cristal. On opening the establishment, he commented:

The opening of the first casino will strengthen the investment positions of the region and will transform Primorye into a world-class recreation area attracting visitors from all over the Pacific Far East. There are 120 million gambling-mad Chinese, Japanese and Koreans living within two hours’ flying time of this place.Craig Ballantyne, COO, Tigre de Cristal

The investment into the Vladivostok region comes at a perfect time. With tensions in rising between Russia and the West in recent years – it is a warming show of unity between business entities across the world coming together, and working toward a project that will benefit local communities, Russian tourism, and shareholders from across the globe.

Time has flown by and lots of progress has been made since Vladimir Putin signed gambling legislation back in 2014. The plan then was to make the newly annexed caucus regions less dependent on subsidies from the Kremlin and invigorate organic economic growth.

Fast forward to 2019, and that plan seems to be working wonders for Putin. As the scale of the casino project in Russia’s far east begins to dawn on people, it is being dubbed “the Las Vegas of the East”. As we all know, Las Vegas is a sprawling metropolis of neon-lights and extravagance, but fueling the party is a highly determined and well-funded group of private investors. Many of whom have seen the economic potential of this venture and began diverting capital to fund projects in the newly opened up territory.

Lawrence Ho, the owner of one of the world’s largest casino brands, Melco Crown Entertainment is only a short trip away in Macau from the site of the new multiplex in Vladivostok. The first casino to open, the Tigre de Cristal is owned and funded by Ho and will be the first in a planned portfolio of over 15 casinos and hotels in the region. With expert financiers who bring years of casino executive experience to the table, the project looks to be in good hands ahead of its ultimate launch date in 2022.

The new resort promises to change the status quo in the Siberian region. In dense forestland that experiences -20 degrees in the winter month, a new casino metropolis is being forged. The past 12 months alone have seen the region undergo a transformation of epic proportions. The first casino is already open for business, new transport links between Vladivostok – Korea and China are being established, and construction has already begun on a massive complex of 15 resort-style casinos equipped with accommodation and a whole plethora of luxurious amenities.

The Russian leadership appears very happy with the work that has been implemented thus far and has signed into law an agreement that will establish a gambling city, dubbed the “Golden Coast” or “Las Vegas in the East” by the year 2022. With Lawrence Ho and his gambling conglomerate, Melco Crown Entertainment, at the helm of the process – the prospects look excellent both economically and on an operations management perspective. Will this be a turning point, and will Putin’s vision of wealthy Europeans and Asians abandoning gambling holidays in Las Vegas for Vladivostok materialize? Time will tell, and the clock is very much ticking! 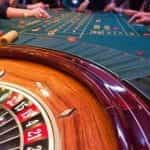