In a significant move, Las Vegas Sands Corp. is officially selling off its two locations in Las Vegas, the Venetian and Sands Expo and Convention Center. The deal was finalized in early March as the iconic company sold off two of its best known holdings — and the company’s namesake — to Apollo Global Management and Vici Properties. Sands will be reportedly focusing on its Asia-based business, following a trend in its fourth quarter reports. 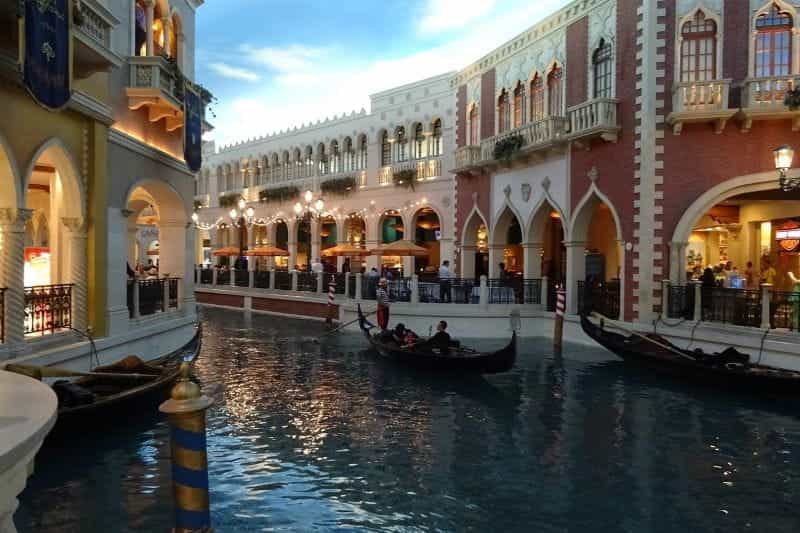 Sands Corporation has sold off its Las Vegas properties and changed its name. ©sarangib/Pixabay

The Sands Corporation grew out of its business in Las Vegas. In 1988, the company was founded by Sheldon Adelson, a lifelong entrepreneur, who constructed the Sands Expo and Convention Center, America’s very first privately-owned convention center. At the helm of Sands in its early years, this was not Adelson’s only significant innovation.

In 1991, Adelson soon came up with his next idea: the Venetian, a groundbreaking mega-resort which would imitate the layout of the cobblestone streets and canals of Venice, Italy. This was part of Adelson’s vision to create what he called the mega-resort hotel, a resort which includes amenities like restaurants and unique architecture.

The construction of the Venetian has successfully set the tone for resort-casinos worldwide, particularly in Las Vegas, a location now known for elaborately designed, often themed, resort-casinos. The Venetian was the very first of its kind, offering a combined shopping, recreation, dining, gambling, and hospitality experience.

After foundational decades in Sin City, the Las Vegas Sands Corporation is leaving its namesake, and its two best-known American locations, to concentrate on its business in Asia. For those familiar with Sands’ business of late, this may be less surprising: when the company released its fourth quarter reports, it cited promising growth in its Asian business.

According to a recent report from Fortune about the sale, Sands’ business in Las Vegas has suffered due to the ongoing pandemic, even causing Venetian-affiliated hotel the Palazzo to shutter entirely in December due to a lack of visitation. Other reports have stated that Sands founder Adelson discussed selling off these properties prior to his death.

Sands was far from the only Las Vegas location to lose significant revenue during the onset of the coronavirus pandemic. MGM had to lay off close to 25% of its workforce, and Caesars recently revealed its 2020 revenue, demonstrating a 42.5% plunge in annual revenue between 2020 and 2019.

What’s Going On For Sands In Asia?

According to the company’s returns for Q4 of 2020, it has continued to make significant financial recovery in two of its Asian locations: Macau and Singapore. The company described its decision to leave Las Vegas as “sad,” and that it would be changing its name from Las Vegas Sands Corporation to just Sands Corporation.

In his statement, Sands’ new CEO Robert Goldstein stated that the company is planning to shift its focus from Las Vegas to markets with more consistent growth currently. This is likely in reference to the fact that Las Vegas has experienced severe financial losses during the COVID-19 pandemic, the result of ongoing austere lockdowns and declining tourism.

Another Possible Place For Growth: Texas

Sands has also not ruled out the possibility of growing its business domestically, just not in Las Vegas. This could be linked to ongoing efforts by the Sands Corporation to expand the parameters of legal gambling in Texas. The corporation reportedly hopes to open at least one resort-casino in the Dallas-Forth Worth metropolitan area.

The Sale: Announced In Early March

In early March, representatives from Sands Corporation announced that the company would be sold to Apollo Global Management and Vici Properties, a deal closed to the tune of $6.25 billion. Apollo will be buying the Venetian for $2.25 billion, while Vici Properties will acquire the Sands Expo and Convention Center for $4 billion.

According To Apollo: A Gamble On Vegas

In a statement, the Venetian’s new owner admits that the purchase is risky, particularly as Las Vegas has experienced significant financial losses due to the ongoing pandemic. This sale indicates that both buyers believe that business will return to Las Vegas, though even in pre-pandemic times, Sands’ US businesses only comprised 13% of its overall revenue.

While this possibility has not yet been floated, it’s possible that — should Sands see sufficient financial growth return to Las Vegas — the company could buy back its namesake Las Vegas holdings, à la Bally’s in 2020. After a meteoric rise, Bally’s similarly lost control of its US businesses, and — after a major acquisition — has now bought most back.

The announcement that Sands would be selling off its Las Vegas locations and changing its name comes just a short time after the founder and longtime CEO of Sands, Sheldon Adelson, passed away in early 2021 after a battle with non-Hodgkin’s lymphoma at the age of 87.