Through a new partnership with Racecourse Media Group, Scientific Games has launched an exciting new virtual horseracing product. The ‘Legends Racing Series’ will be made available to operators via its popular OpenMarket platform. In other racing news, Kindred’s Unibet has pledged its support to the #GoRacingGreen project, which aims to improve access to racing facilities for people suffering from mental health problems. 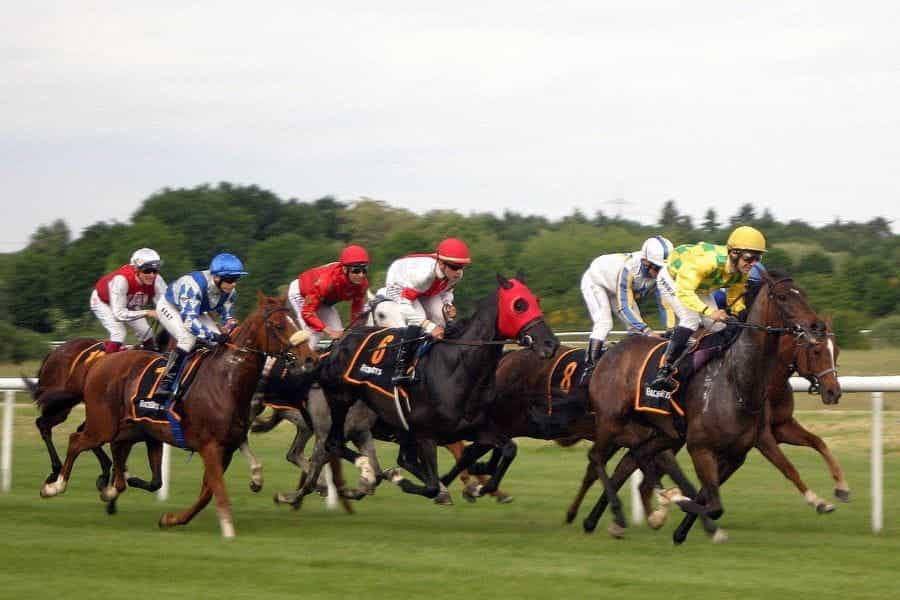 Horse racing is slowly returning in the UK although special safety measures to prevent the spread of COVID-19 are still in place. ©dreamtemp/Pixabay

Players can look forward to discovering the best flat-racing stars from the last 50 years, brought together with 9,000 top-class horses. Renowned jockeys include Lester Piggott, Willie Carson and Pat Eddery. Legendary racing commentator Mike Cattermole himself is on hand to amp up the excitement.

The ‘Legends Racing Series’ puts innovation at the forefront, as the first virtual racing product ever to use real horses, with in-depth form, jockeys and silks. Mark Fellows, Business Development Director of Quantum Leap Solutions, expressed his enthusiasm for the cutting-edge product. Speaking in a press release, he said:

“Racing is about opinions. Are you with Nijinsky or Sea The Stars, Ouija Board or Snow Fairy? We’ve tried to build something that simulates what might have happened had the great horses from different generations been able to race against each other.”

Fellows went on to explain how Quantum Leap Solutions new partnership with Scientific Games and its OpenMarket platform has helped to make this new product accessible to operators and racing aficionados around the world.

OpenMarket is a platform that brings together leading sports content from many different providers, so that online sportsbook operators can easily and conveniently access them in one place. OpenMarket has built up a huge range of content since it launched earlier this year. Users can find a broad array of products, from e-sports to virtual sports.

Keith O’Loughlin, SVP Sportsbook, Digital for Scientific Games, explained why this progressive platform is already making all the difference to operators. OpenMarket has already experienced high demand from operators looking for new ways to enhance player experiences. According to O’Loughlin:

“With OpenMarket, gone are the days of multiple supplier integrations that are both costly and time-consuming. We’re bringing the very best the sports world has to offer into one single solution that creates real competitive advantage in terms of speed to market and player engagement.”

Nick Mills is the Commercial Director of Racecourse Media Group, which has joined forces with Scientific Games to produce the new ‘Legends Racing Series. For him, OpenMarket is the ideal platform for its forward-thinking racing product. He praised in particular the speed at which it is possible to integrate and distribute content from the platform. Mills went on to say:

“Legends Racing is the first daily virtual product aimed at real racing fans, who can form a genuine opinion on a race using previous form and ratings. We’re excited to be involved in this project with Quantum Leap and Scientific Games and look to working with them closely going forward.”

In other racing news, Unibet has announced its support of the #GoRacingGreen project. The project aims to make horseracing in the UK more accessible to people who suffer from mental health problems. #GoRacingGreen has been going strong since 2019, when it was launched by entrepreneur and racing fan Deborah Matthews. Matthews documented her own experiences with mental health problems online, and how equine activities helped her to overcome them.

Matthews set up #GoRacingGreen to help others, like herself, engage in the racing world. The charity now helps people with dementia, autism, PTSD, ADHD, loneliness and low self-confidence, as well as many other forms of mental health issues. Both the Racecourse Association and the British Horseracing Authority have authorized #GoRacingGreen as a headline charity initiative.

Now Unibet, Kindred’s flagship sportsbook, has offered the project its support too. Unibet is the first bookmaker to support the project, which it has invested in. That investment will go a long way in helping the newly formed charity to branch out across the UK, expanding its support network to reach more racing facilities.

Unibet has also pledged to donate a third of its racing advertising spots in the UK to help promote #GoRacingGreen. The project’s founder, Deborah Matthews, has thanked Unibet for its support, stating:

“This investment is a fantastic boost for the #GoRacingGreen project, and I am delighted to be working with Kindred through its Unibet brand. Working in partnership with them, we can now expand the programme and reach many more people with mental health problems across the racing community in the months ahead.”

Ed Nicholson, the Head of Kindred Group UK also explained the importance of projects like #GoRacingGreen. He said:

“Tackling mental health is at the core of Kindred’s commitment to become the sponsor of choice for sporting organisations and their communities and reinvent sponsorship so that it benefits places and societies.”

Whilst the coronavirus lockdown saw all racing in the UK draw to a halt, schedules are now slowly returning to normal. Since July 4th, horse owners have been allowed to attend races, but as of yet, spectators are not allowed to attend. 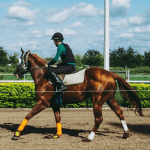