The UK Tote Group is set to diversify beyond racing into football betting. The group has reportedly raised £20 million from shareholders to fund moves into new technologies and products to lessen its dependency on racing and strengthen the group’s balance sheet. 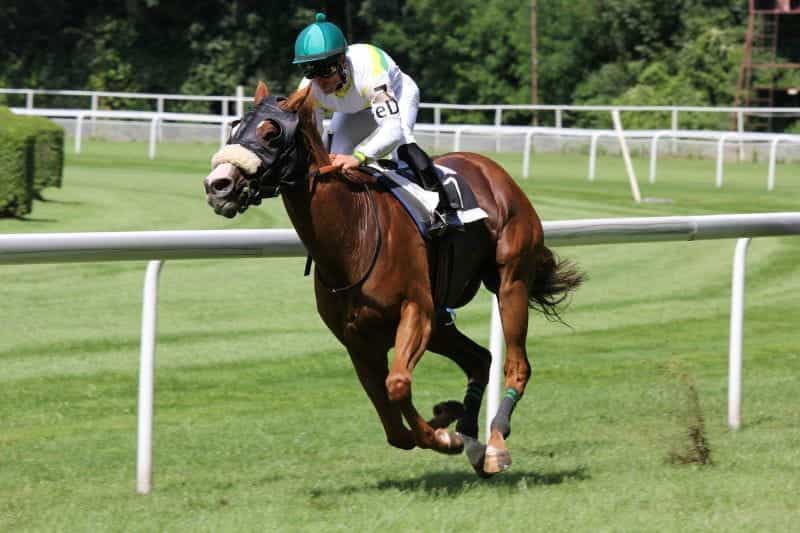 The Tote has offered betting on horse racing for nearly a century, but now it could be set to move into new sports betting markets. ©Daniel/Pexels

According to a report from Sky News, shareholders backed the group’s plans to expand its offerings beyond its previous remits. The plans come as part of ambitious developments to revitalize the company. In 2019, the Alizeti consortium finalized its takeover of the UK Tote Group from Betfred for £150 million. Since then, the Tote has had eyes on the future and how it can secure its position in an evolving market.

The Tote has long been synonymous with betting on horse racing since it was first set up by Winston Churchill in 1928. Previously known as the Horserace Totalisator Board, it was originally created to offer a safe alternative to illegal bookmakers. In 2011, Betfred was selected by Jeremy Hunt in a competitive bidding process to buy the Tote for £265 million. That decision was unpopular with some in the sport, who questioned Betfred owner Fred Done’s motives in the sale.

Under its new ownership, the Tote is now keen to shake off any negative associations it may have garnered. It is clear from the firm’s new growth strategy that it is motivated to diversify into wider sports betting markets, which would go a long way to strengthen its foundations in what has been a remarkably difficult year.

Unlike most other bookmakers, the Tote has up until now relied on horse racing for the vast majority of its betting offers. It was until 2008 the UK’s exclusive betting firm offering pool betting on horseracing. However, that is no longer the case and it has since had to learn to compete with other operators, such as Colossus Bets.

2020 saw the coronavirus pandemic cause widespread disruption for sports around the world. British horseracing was badly affected, with cancellations and postponements a common occurrence. The world-famous Cheltenham Festival in March was the last big meeting to take place on British soil before schedules had to be paused. Attempts to bring back the sport were fraught with false-starts, with September’s Doncaster pilot cancelled after just one day.

Now racing is back, but its absence has hit bookmakers hard. With no events taking place to offer bets on, most betting firms were forced to divert their customers to alternative ways to bet or to online casino games. Occupying its own very specific betting niche, the Tote will have struggled to generate revenue during this period. Branching out into other kinds of sports betting will offer a valuable opportunity to offset the difficulties of this year and revitalize the company.

A Bright Future for Tote

The UK Tote Group is led by CEO Alex Frost, a former Merrill Lynch trader and horse racing enthusiast. He has spent the last two years boosting the company’s existing systems, which included a relaunch of the “Tote Superpools” at the Royal Ascot. He also oversaw new partnerships with Horse Racing Ireland, the Hong Kong Jockey Club and ATG in Sweden.

So far, Frost has managed to steady the business after its rocky patch with Betfred, and gain the trust of shareholders. Those who invested in the Tote include some of the UK’s most successful racehorse owners and prominent figures from the racing industry, including the Niarchos family, Lord Andrew Lloyd Webber, Simon Munir and Isaac Souede. Another prominent investor is Michael Spencer, former treasurer of the Conservative Party and billionaire businessman.

The money raised by shareholders could also be used to help the Tote adjust to any new regulations that may be brought in following the government’s review of the 2005 Gambling Act this week. A number of big changes have been rumored, including curbs on sports betting advertising and an online casino slot stake cap.

The UK Tote Group has confirmed the plans to expand that were reported in the media. A spokesperson for the Tote told Sky News:

“As the UK Tote Group, we have made a long-term commitment to rejuvenating the Tote and increasing pool betting on British racing. Our ability to respond to new opportunities, beyond our initial acquisition of the business, remains a key priority and are grateful to our enormously supportive shareholders who share our ambitions for the Tote.”

They went on to explain that the £20 million sum had been raised exclusively by existing investors and would enable the firm to invest into its core platform of digital racing pools, in addition to reaching out into other sports. Through this strategy, the Tote aims to recruit a new customer base of sports fans who may not have previously bet through it before.