The Blockchain-based online casino platform aiming to demolish House Edge has announced plans to set up new offices in London in the run-up to its Pre-ICO.

Operating under the name of ZeroEdge.Bet, the team have developed a potentially disruptive innovation offering casino players a 0% house edge gambling across all of their favourite online games. This inherent advantage has been a mainstay in both online and bricks and mortar casinos since their very inception centuries ago. 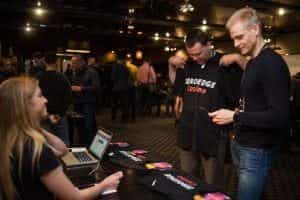 Based on Metcalfe’s law and with the support of its own online token, the Zerocoin, the company business model aims to produce a truly fair gaming environment whilst providing a dedicated crypto coin which will increase in value the more it is adopted.

The innovative start-up has already attracted over $5 million dollars from global investors in its bid to turn the online casino market upside down. Speaking at a recent event, the ZeroEdge CEO Adrian Casey spoke of his excitement of the decision to set up shop in London.

This is a great news for us and our community. We are delighted to have our new office in London. One of the reasons for opening an office in London was the access to the skilled job market. Blockchain experts, gambling industry executives, marketing gurus are all there.– Adrian Casey, CEO, ZeroEdge

In addition to London’s obvious attractions as a start-up and investment hub, the company also hopes to benefit from being based in one of the world’s biggest online gambling markets in the UK.

The ZeroEdge Pre-ICO is already underway and is set to expire on March 15th, 2018. With over 57 million Zerocoins up for grabs during the initial Pre-ICO, competition will be fierce. The Zero Edge platform accepts most primary cryptocurrencies such as Bitcoin and Ethereum. One Ether is set to equate to 38,000 Zerocoin tokens. The main ICO is set to kick off in April 2018. 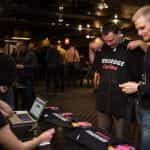