UK Bookmakers Cashing in on US Sports Betting Legalisation

London-listed betting firms William Hill, 888 and Paddy Power Betfair saw their values soar a combined £1.5 billion after a 26-year nationwide ban on sports betting in the US was removed. 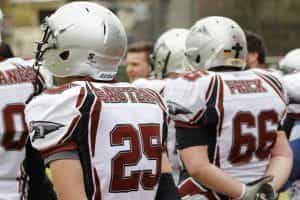 The scale of opportunity for UK bookmakers in the US will depend on individual state legislation.

The US supreme court upheld a legal challenge by New Jersey state, which argued that 1992’s Professional and Amateur Sport Protection Act (PASPA) was unconstitutional, paving the way for the ruling.

With seven votes to two, the decision has gotten UK bookmakers clambering for a slice of the proverbial pie that is the lucrative US market, while individual states are expected to enact laws to permit and regulate sports betting.

Chief executive of 888, Itai Freiberger, was understandably delighted after the value of his firm increased by 15%. He said 888 was “uniquely positioned to exploit the potential growth opportunities in the US market that today’s ruling opens up”.

William Hill and Paddy Power Betfair have already been preparing for expansion into the United States in preparation for the repeal of PASPA and have gained 10.7% and 12.2% in value. GVC Ladbrokes has less of a presence in the United States but still gained 7.6%, while major gambling software provider Playtech rose 3% in value.

The total increase in value among UK bookmakers of £1.5 billion goes a long way to counterbalance today’s announcement that the maximum stake on fixed-odds betting terminals will be reduced from £100 to £2. Such terminals account for over 50% of UK bookmakers’ total revenue.

Chief executive of William Hill, Philip Bowcock said, the company already had plans in place to be operational in New Jersey with plans afoot to develop its business in several other states.

This is a landmark moment for sports betting and for William Hill. Now, all attention shifts to the States, where steps have already been taken to prepare for this day. Legalised sports betting means that consumers and sports leagues will have greater protection, states will benefit from the raising of taxes and there is the potential for over 100,000 jobs to be created. – Philip Bowcock, Chief Executive, William Hill

The supreme court said in its ruling that the legalisation would help tackle illegal sports betting operations run by organised crime syndicates.

Some states are expected to limit opportunities for gambling firms by restricting sports betting to land-based casinos or racetracks instead of permitting online betting. 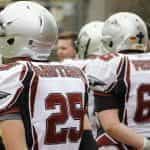