Online gambling operator 888 Holdings has been slapped with a record penalty after its “serious failings” in dealing with problem gamblers. 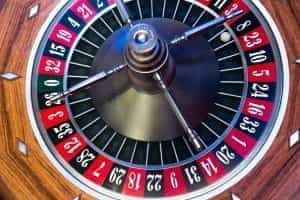 All UKGC-licensed online operators must include self-exclusion tools.

An investigation by the UK Gambling Commission found that a technical failure in the company’s systems meant punters who had opted to self-exclude themselves from wagering on the site were still able to access their accounts.

Over 7,000 vulnerable customers were affected, allowing them to deposit £3.5m into their accounts over a 13-month period. The fine will go towards repayment of these deposits to the self-excluded customers. An additional £4.25m will be paid to a socially responsible cause to develop measures to prevent gambling-related harm.

The commission said 888 was guilty of failing to “recognise visible signs of problem gambling behaviour” and that the procedures in place were “not robust enough”.

Consequently, one vulnerable customer was allowed to stake over £1.3m, which included £55,000 stolen from their employer. 888 has been ordered to pay the employer the stolen money as part of the punishment.

The punter wagered on 888’s websites for an average of three to four hours a day in a 13-month gambling binge. The UKGC’s chief executive, Sarah Harrison, criticised the company’s lack of interaction with the customer, given that there were very clear warning signs of gambling addiction.

She continued that the harsh penalty would ensure that “lessons are learnt”.

Safeguarding consumers is not optional. This penalty package of just under £8m reflects the seriousness of 888’s failings to protect vulnerable customers…The 888 sanction package will ensure those affected don’t lose out, that the operator pays the price for its failings via a sum that will go to tackling gambling-related harm, and that independent assurance will be given to see that lessons are learnt. – Sarah Harrison, UK Gambling Commission Chief Executive

In addition to the record fine, the commission has ordered an independent audit of 888’s customer protection measures. A spokesman for 888 said the firm had worked co-operatively with the UKGC and accepted the conclusion.

Some analysts believe the penalty has lifted uncertainty surrounding the company after speculation that its licence could be revoked. It was widely believed that the UKGC wanted to make an example out of 888 Holdings after it signalled intentions to come down harder on companies that breach rules.

The Gambling Commission just recently published a report revealing more than two million UK citizens are at risk of gambling addiction. Meanwhile, the commission hopes to have a multi-operator self-exclusion facility for online casinos in place before the end of 2017. 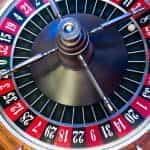