US and China Gambling War Rages On

Political tensions between the world’s two biggest economies, the US and China, have sunk historically low. Effects on US casinos could be profound, and the exposure of several US casino brands based in Macau has already been brought to the attention of US President Donald Trump. With analysts already assessing the potential damage from the loss of Chinese customers at Las Vegas casinos, the total cost of the trade war could be disastrous for US gambling. We explore the details further down below. 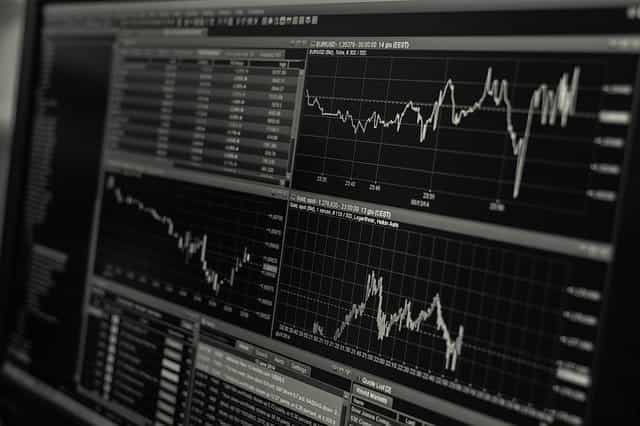 The current trade war between the US and China is causing the price of tradeable assets and securities to fluctuate. 3844328/Pixabay

The Las Vegas strip will be a lot less crowded if the current trade war continues on its upward trajectory of high-stakes politico-economic risk-taking, then the US and Chinese gambling industry has a lot to be wary of.

In Macau, China there is also a war waging. Large US gambling companies own several subsidiaries which operate locally. These companies enjoy a large monopoly in the region and have to re-apply for operating licenses in 2020 – something that will surely not go unnoticed by the Chinese state government in this hostile climate.

Baccarat is well-known to be one of the most popular games for Chinese gamblers, several reports suggest that the earnings from Baccarat amount to almost 20% of the entire wagering take of the Las Vegas casino strip. Being such an integral part of the business model, losing out on a large portion of this customer base will infuriate industry and business leaders – many of whom are big Republican donators and helped put Trump into the White House.

The casinos on the world-famous Las Vegas strip host many rich Chinese clients every day, and the business provides much-needed cash-flow at low-points in the fiscal calendar for the US casino owners. If such a restriction on US tourism was imposed from China on its citizens it is debatable how much of an effect on the gambling industry this could have, since the biggest attractions for visitors to the United States are in states that do not have a regulated gambling industry.

As the situation intensifies, and both sides have belligerently threatened to scale up the economic sanctions, a former minister in the Chinese government had this to say about the latest infraction:

China is likely to take action against the US service trade, including transport, tourism, and education… the US continues to mislead with its economic analysis and overstate the impact of tariffs against our exports.Wei Jianguo, Vice Minister of Commerce, Chinese Government

As much as the Las Vegas strip benefits from Chinese tourism, the detrimental effects of the latest political move by China will be mostly absorbed by the US. Tariffs on Chinese imports to the United States have reached almost $558 billion, which is compared with $185 billion in tariffs on United States imports to China. Clearly, this is not a tit-for-tat exchange, and in the view of the Trump administration, China will eventually buckle and call for an end to the economic hostility.

Macau A Vital Market for US Casino Operators

Looking east, the US casino industry exposure looks a lot more serious. With three of the largest brands in US casino, Las Vegas Sands, Wynn Resorts and MGM Resorts International have large investments in three subsidiaries listed in Hong-Kong, operating out of Macau, there is a substantial risk of the Chinese government taking punitive action.

Heavily involved in the mix-up is Sheldon Adelson the casino magnate that bankrolled Donald Trump and influenced key policy-making decisions in Asia for the several months of his time in office. Adelson has a tarnished reputation in the region already. Adelson casinos in Macau have been at the epicenter of organized crime and bribery scandals in the past – and now caught up in the midst of one of the most belligerent trade wars the country has ever witnessed. Adelson has been pleading with Trump to put a stop to the provocation as the fighting talk is by all regards very bad for business, but Trump appears unphased and has much bigger concerns then the financial prosperity of a few US casino companies.

These are indeed very uncertain times we find ourselves in. International politics always influence domestic policy, and this couldn’t be more prevalent than in the scope of casinos and online gambling. With all the friction between the US and China spilling over into the gambling industry in both countries, the financial implications could be catastrophic for all involved. With over 63% of the annual revenue of Adelsen’s casino enterprise, $9 billion, coming from operations within the Chinese territory of Macau – one can only imagine the persistence of the magnates attempts to try and get Trump to tone down his aggressive rhetoric.

China and the US have been playing a game of chicken for a while, who blinks first may determine how this is all going to be resolved. But one thing is for sure, both governments are facing mounting internal pressure from casino owners to reach an end to the soft conflict. 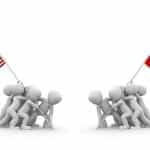