As the World Series of Poker Event #34 came to a close last month a new star within the Japanese poker scene was born. After winning his first-ever WSOP bracelet – an accolade that every professional player dreams of – Shoma Ishikawa is hoping his victory will inspire a wave of popularity for the game back in his home country.

The poker tournaments of Asia have provided a perfect practice arena for Ishikawa on his rise to the top. Now with his sights on Las Vegas and raising the popularity profile of poker in Japan, the sky is the limit for the 25-year-old. ©ToNic-Pics/Pixabay

Just over three years ago Shoma Ishikawa had never played poker to any serious standard, his rise to the top is not a story typically associated with the long arduous grind of budding young poker talent. Unlike some players who spent decades grasping the inner mechanics of poker, Ishikawa’s rise has been inherently more streamlined.

The catalyst for Ishikawa’s poker career came in 2017 when he was aged just 22 years old. After he and his friends began developing a casual interest in the game, watching YouTube videos and live-streams of pro-tournaments, the friends gathered to play amongst themselves. It was here that Ishikawa’s talent became clear, quickly developing a playing style of a poker veteran and the cunning of a quantitative prodigy, throughout his early 20’s Ishikawa played heavily and developed a reputation as one of Japan’s brightest poker stars.

Now aged 25 the Japanese sensation has achieved a feat that many veteran poker players have only been able to dream of. On July 19th at the World Series of Poker Event #34, Ishikawa was able to outlast the entire field of 2,213 players to take home the coveted bracelet and win the entire tournament. Demonstrating a confidence well-beyond his modest experience, Ishikawa played an aggressive style all the way to the final table.

If ever you were in doubt over the dedication required to developing the skill needed to compete in the top-tiers of professional poker then Ishikawa is certainly a reminder of what’s required. The young player was visibly emotional after winning on an all-in bet on the last hand of the tournament and even admitted trembling with excitement as he pushed all his chips into the middle of the last hand.

The grind of a professional player is undoubtedly a taxing one, and exposing oneself to as many live and online poker games as possible is key to developing an instinct for in-game decision making. Like every other professional poker player though, Ishikawa was forced to move the entirety of his gaming to the online medium since the coronavirus pandemic.

Now as a holder of a WSOP bracelet, there is a much wider-horizon of poker gaming to be explored for the young player. Ishikawa has already stated his intention to play in live tournaments in Las Vegas once the pandemic is over. It wouldn’t be the first time playing in live tournaments outside of Japan, as last year he made the trip to Korea and Vietnam to gain live experience.

Traveling and playing abroad will be made much easier by Ishikawa’s inclusion in the Natural8 Team Bling Project – after winning his WSOP bracelet the Natural8 team will be supporting Ishikawa financially with travel and tournament fees to much bigger and more prestigious competition. They have already achieved this with other up-and-coming players, particularly when Natural8 signed pro player Pete Chen.

Making his way to Las Vegas and achieving success on one of the world’s biggest stages would certainly do wonders for Ishikawa’s career, and his dreams of making poker a popular game in Japan. Only two other players have managed to win a WSOP bracelet from Japan, in 2012 Naoya Kihara, and in 2015 Takahiro Nakai. Placed in 31st position on the list of WSOP bracelet winners by country total, Ishikawa hopes he can change that and raise Japan’s standing.

Poker is not a game that many people have ever played in Japan, but in recent years younger people are starting to get more involved. The victory of Ishikawa has certainly shown that even players with limited experience can win major tournaments and achieve great success in the game at such a young age. 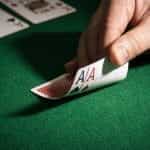