Stones Gambling Hall and poker player Mike Postle have been embroiled in a cheating scandal that has seen 25 pro-poker players sue both for the alleged plot. Suspicions were voiced by both players and audiences of live-streamed games due to Postle’s high win rate and his choices of played hands.

The allegations were first made in September by a former commentator of the live-stream Veronica Brill, who expressed her concerns on Twitter. Since then, forum members, journalists and other contestants have analyzed the footage and speculated that the statistical improbability of Postle’s wins indicated cheating.

The accusers claim that Postle utilized a radio frequency identification system to cheat, with the technology informing him of his opponent’s cards as they were broadcast. For this to be true, he would need to have had been helped by a member of the Stones Live Poker technical staff.

While the Stones Gambling Hall is not accused of aiding Postle, the lawsuit has claimed that they “continually sought to downplay” cheating concerns by “promoting Mr. Postle as an idiosyncratically gifted individual imbued with poker skills so immense as to be incomprehensible to the average person.”

The plaintiffs are currently seeking damages of $30 million in total, with $10 million sought from Mike Postle, $10 million from the Stones Gambling Hall, and $10 million from Stone’s poker room manager, Justin Kuraitis. It has been alleged that Kuraitis knowingly covered up the situation and allowed the scam to continue.

As for Mike Postle’s alleged accomplice named in the suit as “John Doe 1,” the plaintiffs have claimed that they hold a reasonable suspicion as to who they are but are yet to say names “until further information can be gleaned through the discovery process.”

Their suspicion stems from the fact that on the occasions that Postle did not win the streamed games, John Doe 1 was absent. Not only that, but the lawsuit goes as far as to say that on those occasions, Postle’s performance was sub-par. It has been estimated that Mike Postle won roughly $250,000 during the live-stream sessions.

In total, the suit alleges fraud, negligence, and racketeering against all parties, unjust enrichment against Postle and John Doe 1 and negligence on behalf of the cardroom.

Outside of poker commentators and journalists, academics and statisticians have weighed into the debate to pour further doubt on Mike Postle’s credibility. According to Dominic K. Albino, an economics instructor at the University of Connecticut, Postle’s win-rate raises concerns.

“The session win rate evidence strongly suggests cheating was involved… Combined with other evidence, such as the very curious play of particular hands some poker pros have described, the situation is extremely concerning. I spent three years playing poker professionally, online and live, and I certainly wouldn’t sit at the live stream table with Postle in the game.”– Dominic K. Albino, Economics Instructor, University of Connecticut

Additionally, Duncan Palamourdas, a maths professor specializing in poker education, commented that Postle’s wins were statistically improbable, stating that from a mathematical standpoint, that the fact Postle “never lost a game in something like 11 sessions… is already unlikely.”

Other signs that point to a potential conspiracy are that Mike Postle played each river almost perfectly, only losing when he couldn’t bluff a weak hand out of the pot. As for how Postle has relayed the information, it is believed that Postle knew the hole-cards of his opponents.

This information was said to have been relayed through his cell phone which he always concealed under the poker table, through a communications device hidden in his baseball cap, or both. Fuelling this theory is the fact that Postle seemed to be noticeably distracted by his cell phone while he was in a hand. 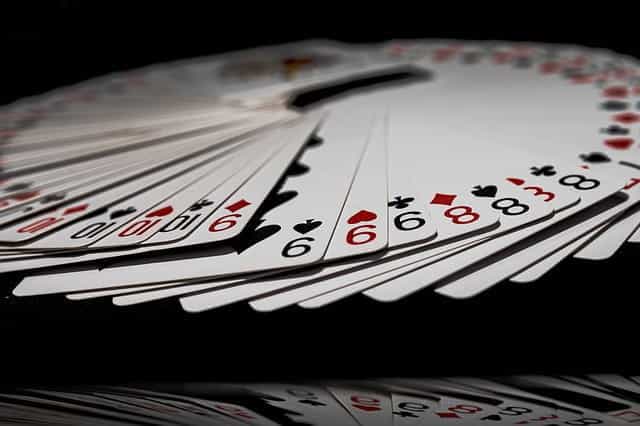 Pro-poker player Mike Postle is at the center of a cheating scandal which has resulted in a lawsuit. ©pixabay.com

In light of the allegations, the Stones Gambling Hall temporarily halted the live-streams and stopped the use of radio frequency identification cards. An independent inquiry was also launched by Stones, who hired former federal prosecutor Michael Lipman to investigate the matter.

“Stones is very serious about finding out what, if anything, has happened with regard to this situation,” Lipman said. “We are doing what in my experience is a serious investigation in order to determine what happened.

In a recent podcast interview, Mike Postle denied the allegations and proclaimed that his victories were a result of his skill alone. Postle’s attorney William Portanova also implied that his client’s winning streak was possible.

“I guess he wins a lot of hands of poker. I don’t gamble, because that’s how many hands I lose. But we don’t know what the facts are. I can just say this: When I play poker, I lose almost every hand, so I know such streaks are possible.”

It has not yet been confirmed if there is an investigation underway by the California Attorney General’s office. 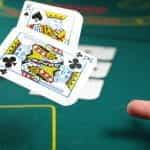