Yorkshireman John Hesp, finished fourth out of over 7,000 players in his first ever professional poker event, and lit up the room with a brightly-coloured jacket and matching demeanour. 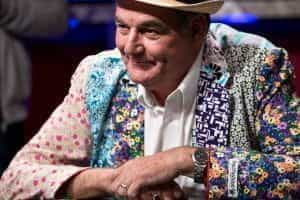 John Hesp at the WSOP in Las Vegas. ©WSOP

The $10,000 buy-in fee was not enough to deter the former caravan salesman – who had previously never staked more than £10 in a match – from entering the World Series of Poker’s main event in Las Vegas. But, it was a lifelong goal for the grandfather-of-seven to compete.

Hesp, who hails from Bridlington, East Yorkshire, left the Rio casino with the second biggest cash by a British player in history, after Sam Trickett’s $10m haul in 2012. He claims his luck was down to his bright jacket and shirts, and his Panama hat. His previous highest win was £785 from his local Napolean’s casino.

The 64-year-old has won plenty of admirers along the way, including poker pro Danielle Anderson, who tweeted: “What a pleasure it was to see John Hesp bring fun back to poker’s biggest stage. Hope players follow his example. Let’s grow the game.”

“I’ve absolutely loved it, I’ve lived the dream. I just hope I’ve spread a little light, happiness and fun in the game. I’ve been told there’s a lot of people watching it who have never watched it before, so it’s got to be good for TV ratings.” – John Hesp, speaking to PokerNews

Despite his success, and his love of the game, Hesp has no plans to join the professional circuit. The semi-retired businessman entered the tournament to tick it off his ‘bucket list’, and intends to continue entering amateur events. 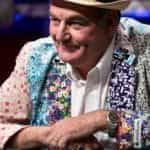