The German federal states (or Bundesländern) of Schleswig-Holstein and Sachsen have come out and ratified the country’s Glücksspielneuregulierungstaatsvertrag (GlüNeuRStV) — also known as the Fourth State Treaty for Gambling. This moves Germany’s new regulatory gambling framework closer to completion, as at least 13 states’ signatures are required in order for the treaty to be implemented.

Two more German federal states, Schleswig-Holstein and Sachsen, have signed off on the country’s Fourth State Treaty for Gambling, bringing the total amount of signatures to 13. This marks a significant step forward in the process of implementing Germany’s new legal regulatory gambling framework, following years of debates and amendments.
©Seaq68/Pixabay

Sachsen and Schleswig-Holstein, two German federal states, have ratified the country’s Glücksspielneuregulierungstaatsvertrag (GlüNeuRStV) treaty — commonly referred to in English as the Fourth State Treaty for Gambling.

These latest approvals from two major federal states bring the total amount of signatures approving the treaty up to 13, following the city state of Berlin also ratifying the treaty back in December 2020. This means 13 of Germany’s 16 federal states have now officially ratified the Glücksspielneuregulierungstaatsvertrag (GlüNeuRStV).

Sachsen and Schleswig-Holstein coming out and ratifying the gambling treaty marks a significant milestone in the process of establishing Germany’s new legal regulatory framework. This is because at least 13 approval signatures are required for the treaty to be fully implemented, according to Article 3 of the legislation.

This provision leaves behind just Nordrhein-Westfalen, Saarland and Sachsen-Anhalt, the latter of which has a new federal regulator — all of whom have yet to sign off on and ratify the gambling legislation.

In late October 2020, the Minister-Presidents of the 16 federal states in Germany approved the new regulatory framework that is set to be implemented in the country.

The agreement between the leaders to ratify new gambling regulations marked a critical point in the process of bringing the Glücksspielneuregulierungstaatsvertrag (GlüNeuRStV) into full effect in Germany.

And when Germany’s new regulated gambling market is launched as a result of the treaty, the online gambling market will open up to virtually all forms of gambling, effectively legalizing verticals such as online casino games, slot games, as well as poker and sports betting.

Treaty Passes in Sachsen Despite both Left and Right-Wing Opposition

Returning to the federal state of Sachsen, the Glücksspielneuregulierungstaatsvertrag (GlüNeuRStV) managed to pass through the voting process despite facing significant political pushback.

The far-right Alternative für Deutschland party chose to abstain from voting on the Fourth State Treaty for Gambling, while a series of left-leaning parties decided to vote against the bill entirely.

Provisions in the treaty now demand that Sachsen needs to host a new federal regulatory authority for gambling, which in and of itself is likely to take up to two years to be fully operational in the first place.

Amidst the debate surrounding the Fourth State Treaty for Gambling in Sachsen, operator association Deutscher Sportwettenverband (DSWV) took the opportunity to attempt to force changes to the rate of taxation applied to online slots and poker.

It stood in strict opposition to the planned 5.3% turnover tax for these verticals, arguing that a high rate would cause regulated brands to struggle to generate enough returns from the market, thereby benefiting offshore operators.

The DSWV then adopted the position that if it were to come out in support of the treaty, then this would have to be contingent on a fairer tax structure being implemented as a result. Furthermore, if a turnover tax was to be levied, it suggested that this should be no higher than 1% at the very maximum, while also adding that a more logical tax rate should instead come in the form of a gross revenue tax somewhere between 15% and 20%.

The Glücksspielneuregulierungstaatsvertrag (GlüNeuRStV) was nevertheless passed — without any of these conditions being attached to it.

In the meantime, Schleswig-Holstein will effectively end its breakaway status as a purveyor of a liberal regulatory gambling framework as a result of ratifying the Fourth State Treaty for Gambling.

The state’s breakaway status commenced in 2012, when it split from Germany’s other federal states during a period in which online sports betting was to be only regulated at a federal level.

It subsequently launched its own gambling regime covering online casinos, boasting no limits on license numbers, as well as a 20% gross revenue tax.

As these previously approved licenses began to expire in December 2018, Schleswig-Holstein simply renewed the already-existing gambling regulations in 2019 — all while a new federal framework was being developed.

The state’s Interior Minister Sabine Sütterlin-Waack noted how the fact that the remaining German states had ultimately opted for a more expansive model in the GlüNeuRStV was effectively proof that Schleswig-Holstein was correct in its decision to breakaway in 2012.

“We are now considered pioneers. Our path in gambling has proved to be correct,” said Sütterlin-Waack said in German newspaper Zeit.

She mentioned in particular the player protection measures introduced as part of the Fourth State Treaty for Gambling:

“I am sure that through the trifecta of partial legalization of online gambling, strict monitoring and consistent regulation, we will succeed. Together with the other states we can steer gambling into orderly and monitored channels and thus fight the black market.”– Sabine Sütterlin-Waack, Interior Minister, Schleswig-Holstein

The new limitations set to arrive as a result of the Glücksspielneuregulierungstaatsvertrag (GlüNeuRStV) are as follows: slots will be subject to a €1 per spin stake cap, along with a mandatory five-second average spin speed.

Table games, in the meantime, must be presented separately, with states also having the option to grant lotteries a monopoly on table game offerings.

Such regulatory player protection measures have already been in place thanks to a transitional regime, which began in mid-October 2020.

As part of the transition period for iGaming in Germany, operators were given a three-month window to implement the aforementioned stake cap and spin speeds.

This, however, was provided only if they could prove a connection to a national self-exclusion database by the beginning of the transition. 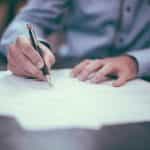