The gunman who murdered 58 people and injured 500 by shooting at a crowd from a casino hotel window in Las Vegas was a gambling addict, sometimes winning six-figure payouts, according to his brother. 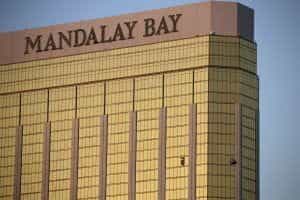 The Mandalay Bay hotel, and the broken window from which the killer fired. © Associated Press

Retired accountant Stephen Paddock, 64, shot himself as police moved in on his position on the 32nd floor of the Mandalay Bay. His body was found along with a stash of at least ten rifles.

In searching for a motive for the murders, police are investigating Paddock’s gambling habits for an insight to his personality, and for whether he recently suffered any major gambling losses that may impact on his state of mind.

Senior law enforcement officials revealed the killer had gambled with at least $160,000 in the past few weeks, but despite finding 16 Currency Transaction Reports filed for Paddock recently, it remains unclear whether he won or lost on those occasions.

His dumfounded brother, Eric Paddock, said Stephen liked to play video poker and go on cruises. He added that the shooter was not involved with any political or religious organisation, and that he was peaceful, although he was aware he had a couple of handguns and “perhaps a long rifle, but no automatic weapons.”

My brother is not like you and me. He plays high-stakes video poker…He sends me a text that says he won $250,000 at the casino. – Eric Paddock, the gunman’s brother

The Mandalay Bay is one of the most prestigious casinos in Las Vegas, and the gunman was spotted playing video poker there just days before the shooting. He was not considered a whale, the term given to the biggest gamblers, but by regularly placing bets of $100 or more while sitting at video poker machines for hours on end, he was operating on the next level down.

Mr Paddock reportedly moved from Florida to Las Vegas in 2015 because he loved gambling. A former neighbour, Sharon Judy, claimed he showed her a picture of himself winning a $20,000 slots jackpot. She told Florida Today that he behaved normally, except for the gambling habit.

The massacre is the worst mass shooting in US history. 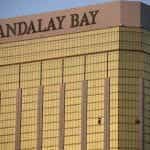