“Breakthrough” for State Treaty on Gambling

Schleswig-Holstein has claimed that the 16 federal states in Germany have made a breakthrough in negotiations over the new State Treaty on Gambling. The newly agreed-upon model has been described as a “really good result” for all of the jurisdictions involved. 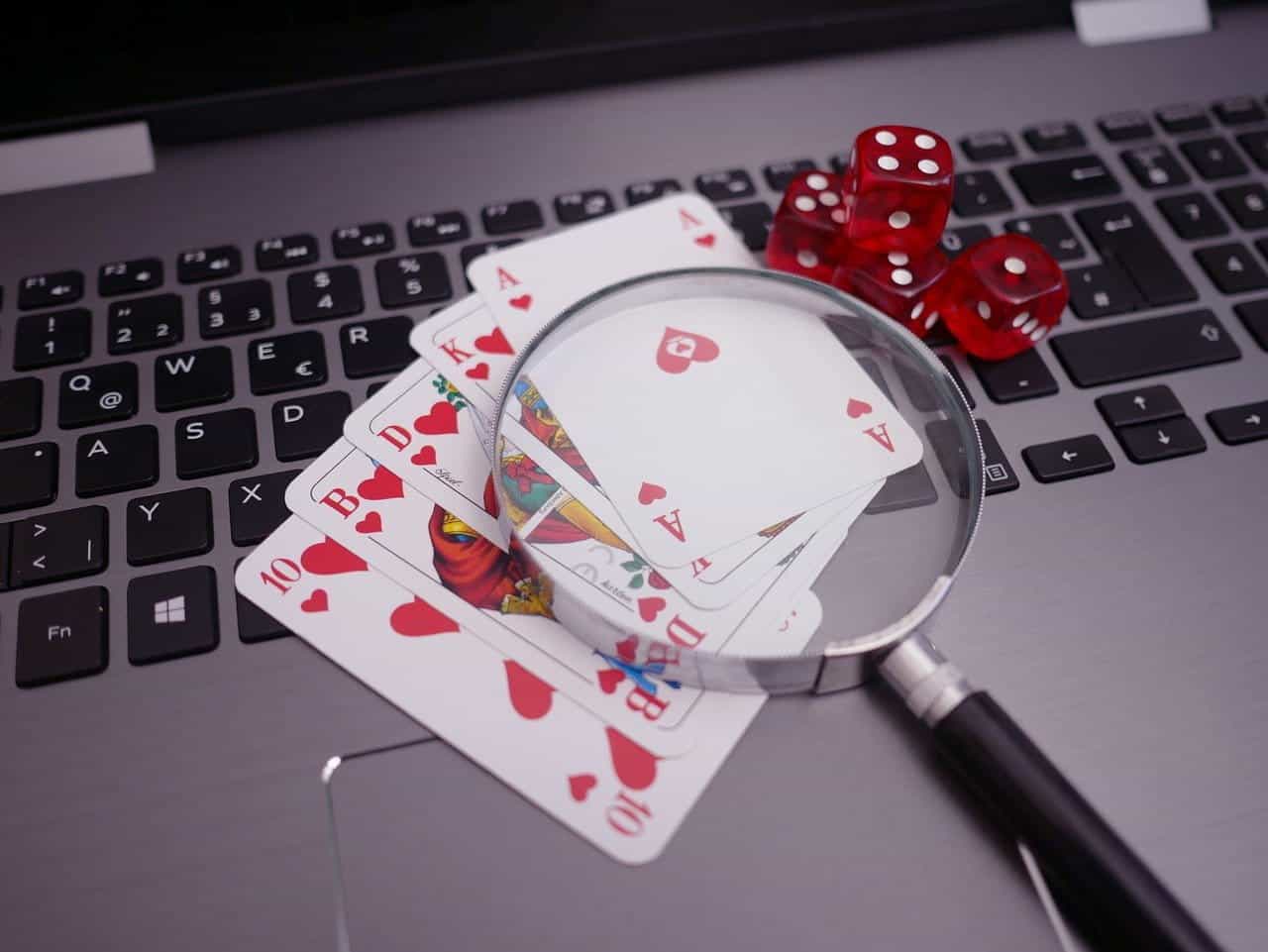 The newly agreed-upon State Treaty will legalize online gambling in Germany but will also maintain the monopoly structure of the German state lottery. ©besteonlinecasinos/Pixabay

Negotiations over a State Treaty on Gambling have been ongoing over recent months, with many being critical of plans to overhaul the gambling regulations in Germany.

The new model that has been agreed by the states will maintain the monopoly structure of the German state lottery industry, according to Schleswig-Holstein. The prohibition on online casinos would be lifted, however. Sports betting was legalized under the current State Treaty that is in place and will continue to be allowed in the country under the new agreement.

Licenses for operators who wish to provide products such as slots and poker will be available nationwide. A new national regulatory authority will also be established to process the applications for these license applications and to enforce the laws on gaming.

There have been no communications from the state to suggest what these regulations will be, but they will likely include responsible gambling safeguards, as well as consumer and minor protection measures.

Even though this national regulatory authority will issue national gambling licenses, Schleswig-Holstein has said that states will have the option to develop their own controls for operators offering online casino services.

“States will formulate and enforce regulatory and technical requirements [for casino],” Dirk Schrödter, head of the Schleswig-Holstein State Chancellery, explained.

When applied to the real world this suggests that operators will have to demonstrate that their systems and processes comply with the regulations set out by the states that they wish to operate in. Operators will likely have to show this in their license applications.

Schrödter believes that the new regulations will

“be the basis for a sufficiently attractive online gambling offering, to ensure the channeling of gambling into the legal market. [It would] create a suitable alternative to illegal gambling and to counteract the development and spread of black-market products.”

The update from Schleswig-Holstein has suggested that a final model is close to being agreed upon. It also raises significant questions, however. These include things such as where the regulatory authority will be based. In addition to this, other states in Germany are yet to comment on the apparent breakthrough.

Hesse has argued in favor of hosting a regulatory authority in the past, using its experience in processing licenses via the Regional Council of Darmstadt as evidence of its competence to do so. Other states including Nordrhein-Westfalen, Schleswig-Holstein and, Baden-Württemberg have also been suggested as potential bases for a regulatory authority.

It is still unclear what controls operators will be required to comply with, as is the tax structure that will be implemented under the new State Treaty. A recent report from the German tabloid Bild has claimed that a series of very stringent restrictions and regulations will be enforced.

The article cited things such as a three-hour daily window in which online casinos would not be available, and a five-minute delay between logging into different gambling sites (to prevent players from comparing odds) that would be enforced. It also claimed that advertising of gambling on TV would also be banned between 6 AM and 11 PM in Germany.

It appears now that this article was based on an earlier draft of the Treaty, however, and the regulations that are currently being discussed are less restrictive than this.

German lawmakers will now meet on the 30th of January at the conference of the chiefs of State and Senate Chancelleries. The Minister-Presidents of the states will also meet on the 5th of March, at which point a final decision could be taken.

If the State Treaty is ratified and then receives approval from the European Commission, it could replace the third amended State Treaty that came into force from the 2nd of January 2020.

Response to the Treaty

The new, expansive regulatory framework for gambling in Germany has been welcomed by the industry on the whole. Concerns remain over the restrictions that will be imposed on operators, however.

The German Sports Betting Association (DSWV) has responded positively to the fact that a consensus has been reached by the states. The DSWV was especially happy that the agreement does not seek to maintain the ban on online casino games. The association has hailed the agreement as the “first step towards modern, market-compliant gaming regulation” in Germany.

The president of the organization Mathias Dahms added a pinch of salt to this statement, however. He has criticized the restrictive terms set out in the regulations that could hurt the efforts being made to channel the players towards legal forms of gambling. In particular, the restrictions on live betting in Germany have been criticized by the DSWV. This seems as though it will be limited to betting on the final result, or on the next goal scorer.

“Relevant live betting markets such as tennis, handball or basketball, as well as popular live betting forms such as over-under betting, could no longer be offered [under the new Treaty],” Dahms explained.

“It should not be forgotten that live betting is particularly popular and accounts for around 60% of all bets,” he said. “Disappointed consumers will turn to black-market offerings that don’t comply with legal requirements.”

The DSWV has also questioned the monthly deposit limit of €1,000 which seems as though it will be applied for each player across all sites. The association believes that this will only serve to limit growth in the market, rather than protect players.

The decision to prevent players from accessing their account on one site for five minutes after logging out of another has also been criticized by Dahms, who said this “completely ignores the reality of life for consumers in the digital age”.

The state lottery association in Germany, Deutscher Lotto- und Totoblock (DLTB) has come out in support of the new regulations. Previously, the DLTB has been vocally opposed to the legalization of online casinos. Now, however, it seems that the organization has changed its focus to stopping lottery betting in Germany.

Jürgen Häfner, the current chair of the DLTB and Lotto Rheinland-Pfalz managing director has praised the regulations for preserving the state lottery monopoly, while doubling-down on efforts to tackle black-market activity.

“With this future-oriented agreement, the federal states have underlined that the federal system works very well in Germany,” he said. “The DLTB will participate constructively in further consultations.”

Analysts at Regulus have also spoken about the new State Treaty, with a particular focus on measures regarding taxation.

Presently, gaming in Germany is subject to VAT on a cash basis of 16% because it is not specifically VAT-exempt. Regulus has said that states may see this as enough but also highlighted the fact that this rate is far lower than that of casinos at 40-80% of gross gaming revenue and lottery at 80%.

Regulus has suggested that Germany should make gaming VAT exempt and create a specific taxation system for these activities. Given the other rates that are currently enforced in Germany, it is unlikely that this will be below 30%. 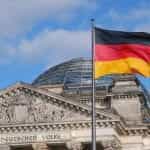 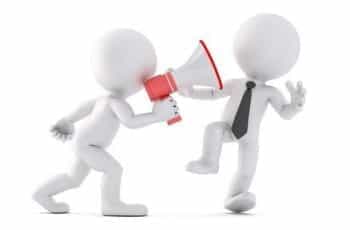 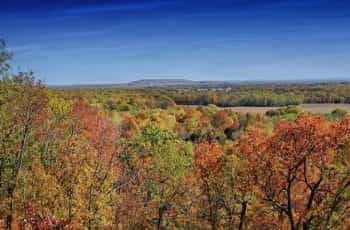