The Dutch Gaming Authority has investigated ten popular video games and decided that four of them violate Netherlands gambling laws by featuring loot boxes that have similar functions to slot machines or roulette. 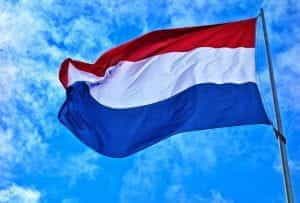 The Netherlands is the latest country to tackle loot boxes.

Dutch public news agency NOS reported that developers of the four games in question will have eight weeks to adapt the loot box functionality to comply with the Better Gaming Act. If they don’t make the changes required, the regulatory body will have the power to prohibit the game from being sold in the country and impose fines.

The Gaming Authority did not refer directly to the games it investigated but NOS reported the four that fell foul of the rules were Dota 2, FIFA 18, PUBG, and Rocket League – all of which are among the most popular games around currently.

All the games investigated feature paid loot boxes which contain tradable items that carry economic value. Players get money to spend in the game if a rare item drops from the box. It is this functionality that violates the rules of chance applied by the regulator.

They are designed as gambling games are designed, with the feeling that you have almost won…I call on all game companies not to make loot boxes accessible to children anymore and to remove addictive elements. – Marja Appelman , director, Gaming Authority

A study conducted by The Gaming Authority (in Dutch) revealed that young players, who are vulnerable to addictive behaviour, are more likely to start gambling sooner when they encounter loot boxes in video games.

The article also makes reference to the estimated loot box revenue growth of over $20 billion between 2018 and 2022.

The Netherlands is not the only country to investigate loot boxes. In November, the UK Gambling Commission opted against taking action over loot box functionality in EA’s Star Wars: Battlefront II video game. The regulator claimed its hands were tied because items in the boxes could not be traded for money, and where money can’t be cashed out, it doesn’t qualify as a licensable gambling activity.

The UKGC also acknowledged that while the loot box functionality didn’t constitute gambling in an official sense, it was aware of the potential for loot boxes nurturing gambling habits.

Other governments have waded into the issue in recent times. Just last week, the South Korean Fair Trade Commission fined three game developers over misleading odds for loot boxes. The Swedish government opened an investigation into loot boxes earlier this year, while Belgium did the same last year. In Hawaii, four bills were introduced, prohibiting the sale of games with loot boxes to anyone under the age of 21. 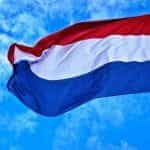