Implementation of facial recognition tech has failed to impress in the UK but New Zealand is repurposing it to help problem gamblers with a cloud-based adaptation.

Facial recognition technology has not been standard in the past due to enormous inaccuracies. For example, London Metropolitan Police used the technology at the 2017 Notting Hill Carnival where it falsely identified suspects on 102 occasions (98% of the time). However, thanks to new technology, and much less crowded premises, New Zealand is trialling the programme to help problem gamblers. Considering more than 2 million people in the UK fall into this category, it may be worth a closer look. 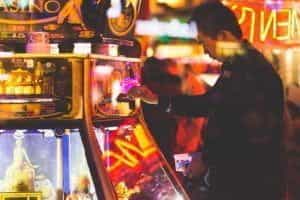 NZ is trying to keep problem gamblers away from pokies.

Facial recognition technology is to be introduced to ten pubs and clubs initially in New Zealand to help problem gamblers avoid the ‘pokies’ or slot machines. The land of the long white cloud is well known for its socially responsible attitude towards gambling which is seen through very strict advertising laws, overseas gambling ads are illegal and remote online gambling is outlawed in the country (Kiwis can still play at online casinos if they are based overseas). There are only six casinos in the country and every slot machine in the country is operated by a charitable foundation ensuring the money is returned to the community and used for good.

This supportive approach is something the UK is taking baby steps towards replicating such as the recent announcement by the British Government that it will cut the maximum bet on fixed-odds terminals from £100 to £2. Non-profit, supportive online communities like GamTalk.org are another indication the climate is changing but more action in the direction of New Zealand’s movements could see real positive change.

Bruce Robertson, the Gaming Machine Association of NZ chairman said, cloud technology was making it viable for its members to use facial recognition technology. The system being trialled is called The Guardian and is developed by local companies Torutek and Coms Systems. The Guardian scans punters entering gaming rooms and checks them against photos stored in the cloud, willingly submitted by problem gamblers themselves. Matches detected will notify staff who can intervene almost immediately. Robertson added: “we are proving the technology, and that is looking very promising.”

Criticism of the technology in the UK worries that it “risks making members of the public walking ID cards” found a report conducted by Big Brother Watch. Similarly, the Prime Minister of New Zealand, Jacinda Ardern has also expressed concern over use of the technology to identify criminals in supermarkets saying, “A tool that is that inaccurate really does prove to be very, very problematic.” However, by repurposing the use for the tech, the Kiwis may have struck gold in a way that is beneficial to community safety.

Coms Systems director Paul Andrew has suggested the trial could lead to a “national database” for problem gamblers and the program will be active in “numerous venues across the country in the coming year”. Coms Systems manages about half of New Zealand’s 1,200 gaming venues said Andrew.

Facial recognition technology was used at the royal wedding of Prince Harry and Meghan Markle to help identify wedding guests, proving it is becoming well-entrenched in the landscape of technology.

For help, support and advice about problem gambling please contact the National Gambling Helpline on 0808 8020 133 or visit begambleaware.org. 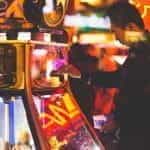