The Native American Seminole tribe is in the midst of a dispute with the US government over gambling income, prompting the tribe to withhold $350m in revenue. The Seminoles signed a long-term deal with the government in 2010, which they now insist the state has broken. 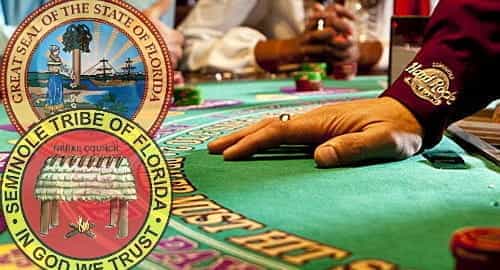 The Seminoles take in around $2.5 billion annually from their seven casinos around the state, some of which are built on tribal lands near the Florida swamps. In 2010, a deal was made between the tribe and the state which agreed that the tribe would share a percentage of its gambling revenue in exchange for exclusive rights to host house-run card games such as blackjack.

This new skirmish between the two parties has come about because the tribe says that the government has reneged on the deal. A number of pari-mutuel casinos in Florida are now exploiting a loophole in state law to allow them to run the games which were promised exclusively to the Seminoles.

The tribe is angered that state officials have not, in their opinion, taken any “aggressive enforcement action” against the casinos which are now infringing on the tribe’s rights. Marcellus Osceola Jr., chair of the Seminoles’ tribal council, wrote a letter to Florida’s governor, Ron DeSantis, stating: “As you know, the tribe and state have engaged in numerous rounds of negotiations to resolve a number of important issues, including a mechanism to shut down the illegal banked card games that were the subject of Judge Robert Hinkle’s decision in November 2016. The tribe respects your decision to take more time to review the issues and resume discussions this summer. In the meantime, the tribe will suspend its revenue share payments until the illegal banked card game issue is resolved.”

It seems that current talks on the subject are headed in a more positive direction. DeSantis has promised that over the summer there will be talks with the Seminoles and other interested parties to come up with a new and more comprehensive gambling agreement. This new agreement may also introduce live sports betting into Florida for the first time.

The Seminole Tribe and Gambling

It is undeniable how much of a difference the Seminoles have made to the gambling scene in Florida, but it is definitely a situation that also benefits the tribe itself. Professor Bob Jarvis is an expert in Indian gambling history at Florida’s Nova Southeastern University law centre. He explains: “Before gambling came to the Seminoles, they were extremely impoverished and really were living subsistence lives. In the course of two generations, they’ve gone from among the poorest of Floridians to among the richest. They always refer to themselves as the unconquered tribe. They take that very, very seriously and there is this feeling that what we do on our land is not the government’s concern. There’s certainly a lot of very ugly history between the state of Florida and these Indian tribes. While that is true in every state, it’s more so when you throw this much money into the mix.”

The Seminole tribe popularised casino-style gambling in Florida over the past fifteen years, growing the business quickly in order to make up for the dwindling tobacco sales which were previously their main source of revenue.

Before the Seminoles opened their Hard Rock hotel and casino in Hollywood in 2004, gamblers in Florida had to take a cruise ship holiday in order to play blackjack or use slot machines. Seminole casinos offer card games and slots, although not the more high-rolling games such as craps or roulette. The fact that only Seminole casinos are able to offer these games is a sore point for some.

”There are legislators in South Florida who sit there and wonder why we’re giving a monopoly to the Indians instead of opening up Florida to everybody. That’s the Las Vegas model where anyone who isn’t a criminal and can pass a background check can run a casino and the state sits back and takes their cut.”– Bob Jarvis, Professor, Nova Southern University

Horse and dog racing tracks have decreased in popularity in recent years, which is causing interested parties to put more pressure on politicians to give them more leeway in casino games instead. Greyhound racing was made illegal in Florida in November and some operators are now in the midst of lawsuits over the right to offer alternative forms of gambling. 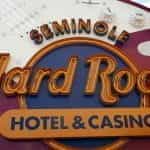 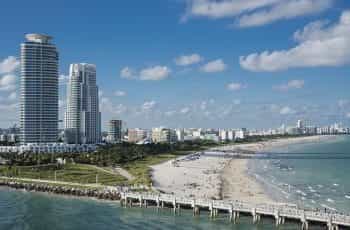