Locals in Danville, Illinois have expressed excitement for the casino planned for the town, with the development set to revive the long-struggling economy. The city, which has experienced economic hardship for over thirty years, is one of a number in the state which will build a casino in a sweeping revitalization effort.

Danville is set to be the site of one of Illinois’ six planned casinos which are hoped to help revive the state’s struggling cities ©livability.com

The plans have come after  the passage of Senate Bill 690, which was signed by Illinois Governor J.B. Pritzker at the end of June. The gaming expansion bill sought to increase the number of casinos in Illinois from 10 to 16, make sports betting legal, allow video slot and poker machines at airports and raises the maximum number of video gaming machines in an establishment from five to six.

Licenses are now set to be issued in Chicago, Danville, Waukegan and Rockford, as well as one in Williamson County and one in a Cook County township. City leaders in all cities have been seeking the green light for a casino for years.

Danville may be  set to benefit the most from the gaming expansion measures. After facing a decline in population and an increase in poverty rates, casino talks have centered around the town for years. Many hopes were dashed for the expansion in 2013 when then-Governor Pat Quinn vetoing legislation that would award Danville a casino license.

Danville’s economic struggles began almost 25 years ago after the General Motors foundry shut down in the nearby town of Tilton. Over 1,000 jobs were lost in the closure, and some seven years later, the closure of the Danville Hyster foundry saw another 700 jobs lost. It is estimated that the current population of 30,000 is 30% down from its peak in 1970.

Of Danville’s residents, more than  30% are living below the federal poverty line, which is more than double the state poverty rate of 12%. It comes as no surprise, then, why Danville’s City Council quickly and unanimously passed a measure to approve a proposal from the casino development group, Haven Gaming.

The proposed casino is set to be built on a 42-acre site in an industrial area near the Indiana border. The plan is set to include a sportsbook, hotels, restaurants and a rooftop spa. The casino would hire  up to 2,000 employees, with 400 of those being full-time positions. 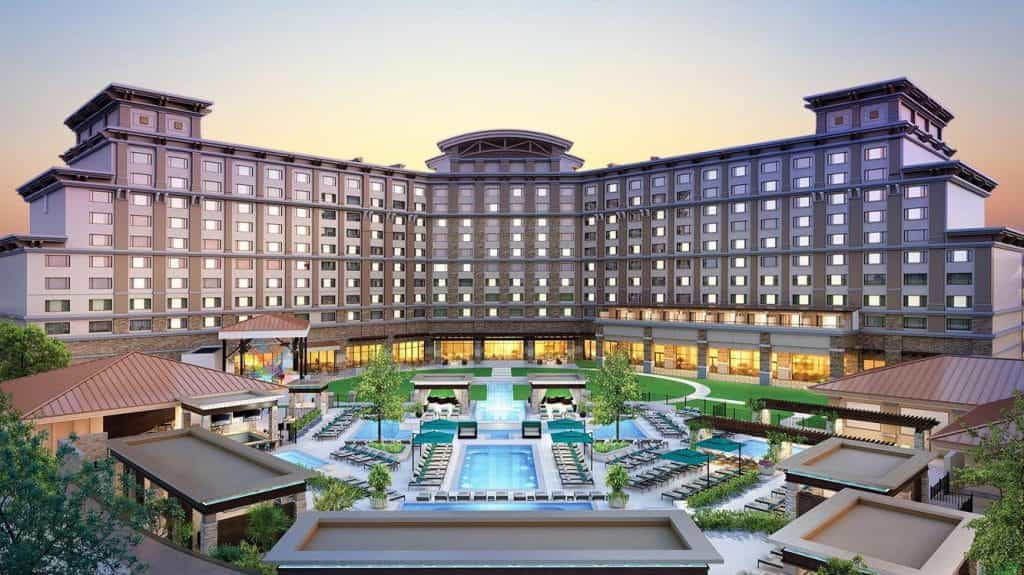 Haven Gamin has released plans of their proposed new casino in Danville ©commercial-news.com

According to Haven Gaming’s lead gaming attorney, the casino is projected to raise upwards of $230 million a year, and of this $14 million is to be set aside for Danville due to their 6% share in the casino’s gross revenue. Haven Gaming has also committed to donating a portion of its after-tax revenue to Danville while investing in the cities emergency services and community groups.

Haven Gaming must submit their official application with the state’s Gaming Board by October 28 along with a $250,000 fee. The state regulating agency would then have one year to consider the application and approve the license.

After that, Haven Gaming intends to open a temporary casino open by 2021, with a  permanent Danville casino opened around 2023.

While some in the town are skeptical about the casino proposal, many are optimistic about its potential to create jobs. According to city alderman and former Vice Mayor of Danville Steve Foster, the project has been a long time coming.

“For 30 years, Danville’s been wanting this casino… Because you don’t just get things that generate that kind of revenue, even if you get another GM, which will probably never happen.”– Steve Foster, City Alderman, Danville City Council

Illinois’ gambling expansion efforts come in an effort to increase revenues across the state, particularly in those affected by economic hardships such as Danville. The bill is set to create  over 10,000 jobs in Illinois.

The largest of the proposed casinos will be in Chicago, which has been allowed to construct a complex capable of employing 4,000 gambling positions. Other casinos in the state, including the pre-existing and planned casinos, will have their minimum of 1,200 positions expanded to 2,000, and the state’s ten horse racing tracks allowed to hold 1,200 spectator seats.

While the state’s governor has stressed the importance of building casinos for stimulating economic development, a recent state report found that Illinois’ 10 existing casinos brought in 3% less revenue in 2018 than in the previous year.

Despite this, video slots have continued to remain popular , and have been a reliable source of income in boosting the state’s gambling revenues. Danville has been one of the cities to exploit the popularity of the machines, with the state already generating $1.1 million in revenue from Danville’s slots this year. 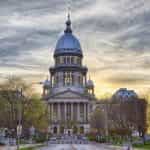