The UK gambling industry is bracing itself for a possible landmark decision by the UK government in the coming weeks to lower stakes on slot and non-slot games.

The proposed change would see the stakes on all slot games lowered to £2 and all other non-slot games to £30. The proposal received support last month from the UK Gambling Commission after they published a list of recommendations specifically backing the review of Fixed Odds Betting Terminals (FOBT).

The markets reacted yesterday following reports from The Times newspaper that the British Chancellor, Philip Hammond is poised to accept recommendations from the UKGC that these stakes should be reduced to the minimal level, regardless of a significant decline in gambling operator tax revenue. 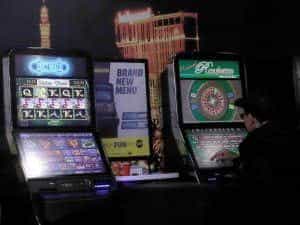 The stakes within FOBT have proven controversial. ©The Independent

Shares in Paddy Power Betfair dropped 4% whilst William Hill saw a downfall as low as 14%. However, it is perhaps GVC Holdings, the new owner of Ladbrokes Coral, who will be impacted most by the proposed change. The gambling conglomerate’s acquisition of Ladbrokes Coral last month was contingent on the UK FOBT stakes being altered. The original deal included shareholders receiving 32.7p on LCL.L and 0.141 newly created GVC shares with a contingent entitlement of 42.8p if the FOBT stakes were reduced.

It is not yet known what reforms the UK government will introduce to the gambling market in order to try and recoup the losses in tax revenue that would come as a result to any reform on the FOBT stakes. The Times further reported that a source within the Department for Digital, Culture, Media and Sport suggested that further levies on other forms of gambling will likely be implemented to recoup the lost funds.

The Deputy Labour Leader, Tom Watson took to social media following the rumoured decision by the Chancellor to further his stance on the issue.

FOBTs are the crack cocaine of gambling. We need action not infighting from the Government. The PM needs to put the interests of communities above the interests of treasury coffers and cut the max stake to £2. – Tom Watson, Deputy Leader, Labour Party 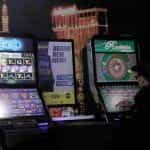